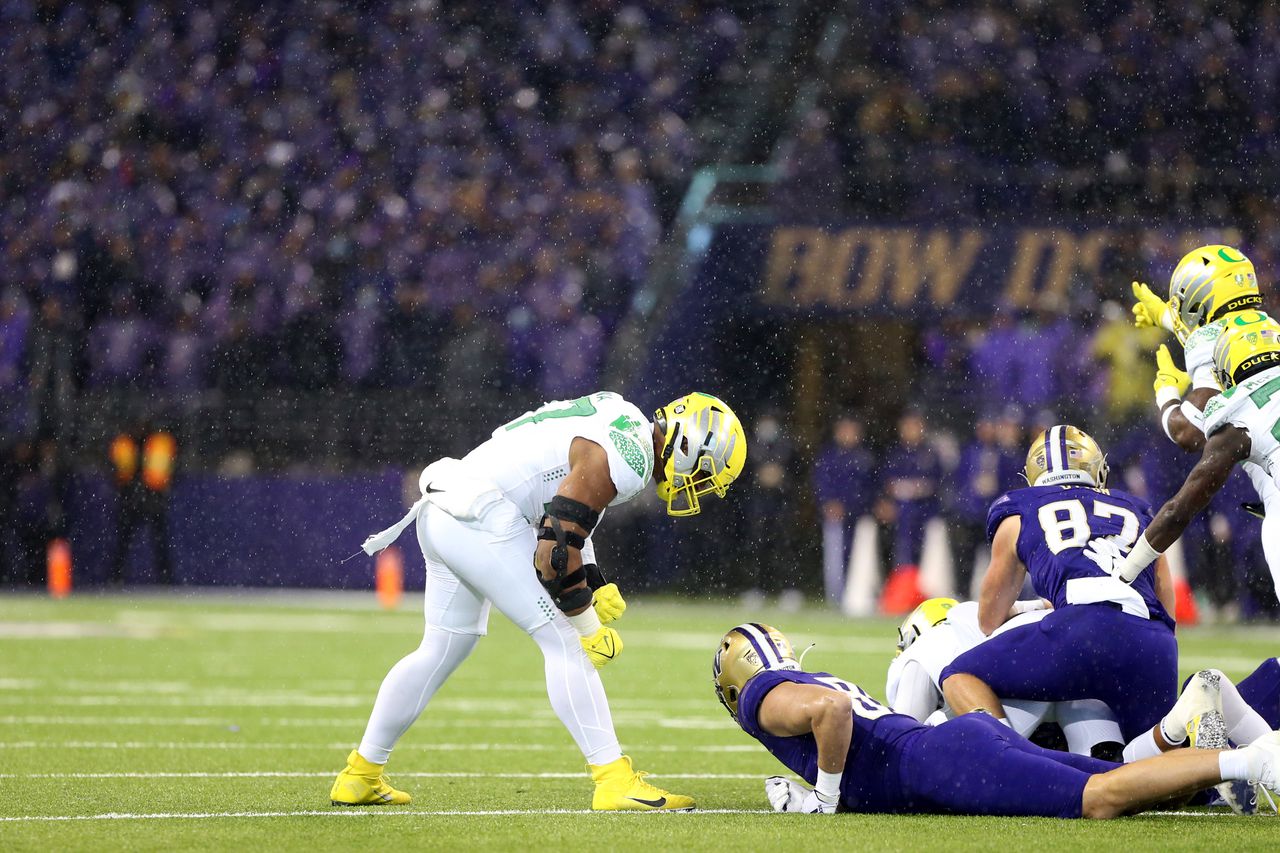 With spring practice over, The Oregonian/OregonLive is reviewing Oregon’s depth chart position by position. We continue the 25-part series by looking at the strong-side linebackers.

EUGENE — One of Oregon’s less heralded defenders, Masa Funa returns at strong-side linebacker for the Ducks.

He’s not as flashy of an edge defender as a situational pass rusher, but Funa sets the edge well in the run game and Oregon’s issues there were evident when he missed some time last season.

Jake Shipley is capable of playing defensive end or at SLB, as can Treven Ma’ae, and Jaden Navarrette could see time on either edge of the defense.

Funa had 28 tackles with one for loss and a fumble recovery in 12 games last season. That was a down tick in his production from just seven games in 2020 and he still had more tackles than Brandon Dorlus or Bradyn Swinson.

Against more run-heavy offenses, Oregon needs Funa on the field to set the edge. He does a lot of dirty work to allow other players to make plays.

Shipley can play a variety of spots for Oregon, which could help him get on the field more in what will be his third season. His lack of experience showed last season but that’s to be expected.

Treven Ma’ae spent the spring with the interior defensive linemen at end but also played SLB before and could again.

Jaden Navarrette is entering an important season for his development. He’s not been able to carve out a niche yet, in part due to injury, and has been at a position where Oregon has some depth. However, the two-deep is not set at strong-side linebacker and the rotation at Jack isn’t solidified yet either.

Emar’rion Winston appears more likely to be a fit at Jack linebacker.

“Our system really benefits if you look at the history of not just the Alabama blueprint but even before that at University of Washington and back to Cal with Cameron Jordan and Tyson Alualu, we really function and like a versatile but bigger, stronger defensive end type guy, outside backer guy. That’s the history of what I’ve coached over the years. Treven has answered that well. He’s fine-tuned his body and I think he’s more and more comfortable now and he’s really improved.” – Defensive coordinator Tosh Lupoi. 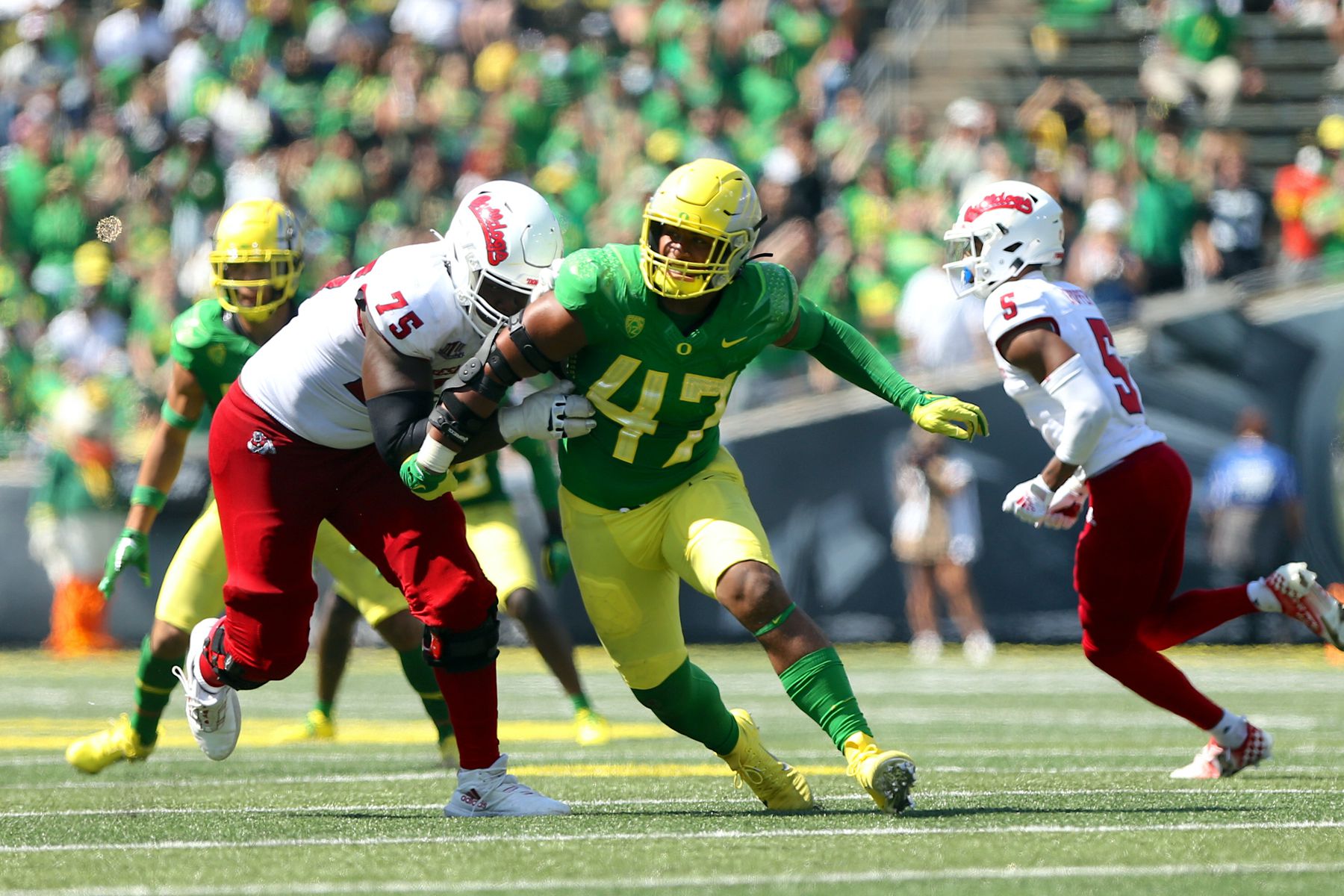