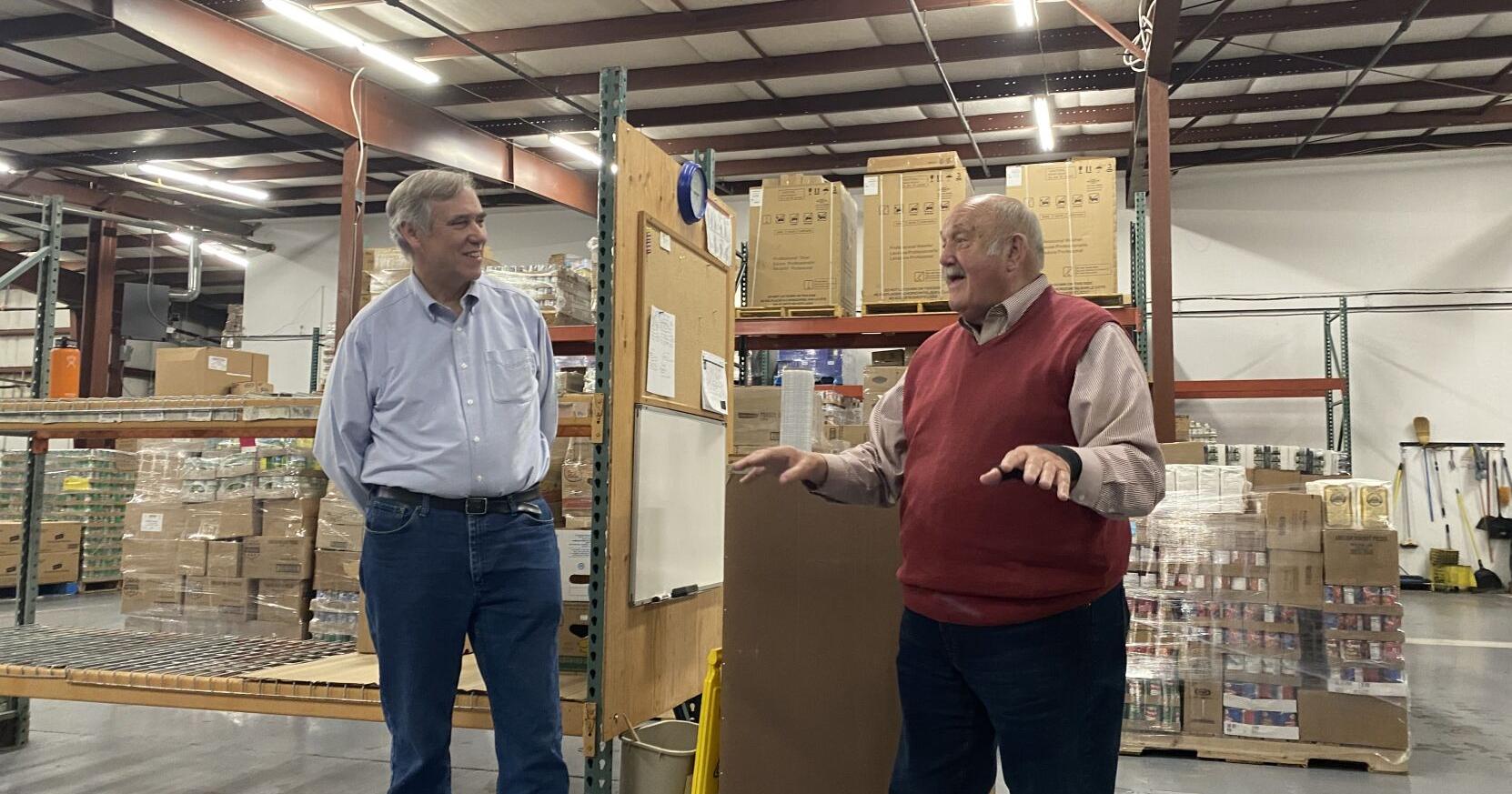 PENDLETON — U.S. Sen. Jeff Merkley was in Pendleton on Friday, June 17, to tour the food bank Community Action Program of East Central Oregon operates and find out more about expanding those efforts.

The CAPECO warehouse serves as a one-stop shop for low-income houses to receive the food that they need and sends goods to other local food banks, but the faculty has limits. CAPECO receives plenty of food from grocery stores and other resources — too much, in fact. The warehouse is not equipped to handle perishable foods and unable to receive food in bulk.

Merkley, a Democrat, secured $2 million in community-initiated project funding for CAPECO to support the construction of a multi-use facility.

“I’m really glad we could procure funds for a place like this,” Merkley said, “Food banks are near and dear to my heart.”

CAPECO CEO Paula Hall said the CIP funds are going to be a springboard for the organization.

“It’s something that I hope our community will be proud of and something for generations to come,” she said.

Hall said CAPECO is looking at two lots in the Pendleton area to build a new warehouse. Moving the location would save the program $25,000 a year and allow for more events.

“We really want the new building to be used by the community, not just for our needs,” Hall said.

The food center also will serve as a regional food bank, a communal place for seniors to have meals, a site to prepare home-delivered meals for homebound seniors and people with disabilities and more.

“Depending on the footprint we have,” Hall said, “we could even have an outdoor garden for kids to see the plants grow and get their hands on them.”

Other possibilities for the new location include kitchens for meals, washing stations for perishables and more storage for fresh and frozen food.

Merkley expressed his gratitude for Hall and her team’s work. After the tour, he presented Hall with a flag flown at the U.S. Capitol as thanks for her work toward eliminating and destigmatizing hunger.

“You don’t have to know anything about hunger, you don’t even have to experience hunger,” Hall said, “But you can be part of the solution.”

Merkley on this swing through Eastern Oregon began the day at the Eastern Oregon Economic Summit in Hermiston then in the early afternoon toured Echo’s potable water system. The senator secured $450,000 for the Echo as another community-initiated project through the fiscal year 2022 federal government funding package.

The funding will allow the city to replace aging service connections and update from old paper maps to a GIS digital mapping system of the new connections and corresponding valves. This modernized mapping will allow Echo to manage the system better and create an accurate digital system for all future related maintenance work, which will reduce the financial burden on Echo residents. 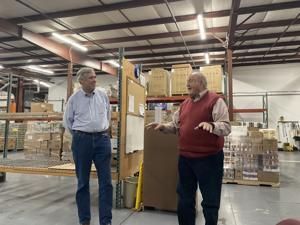