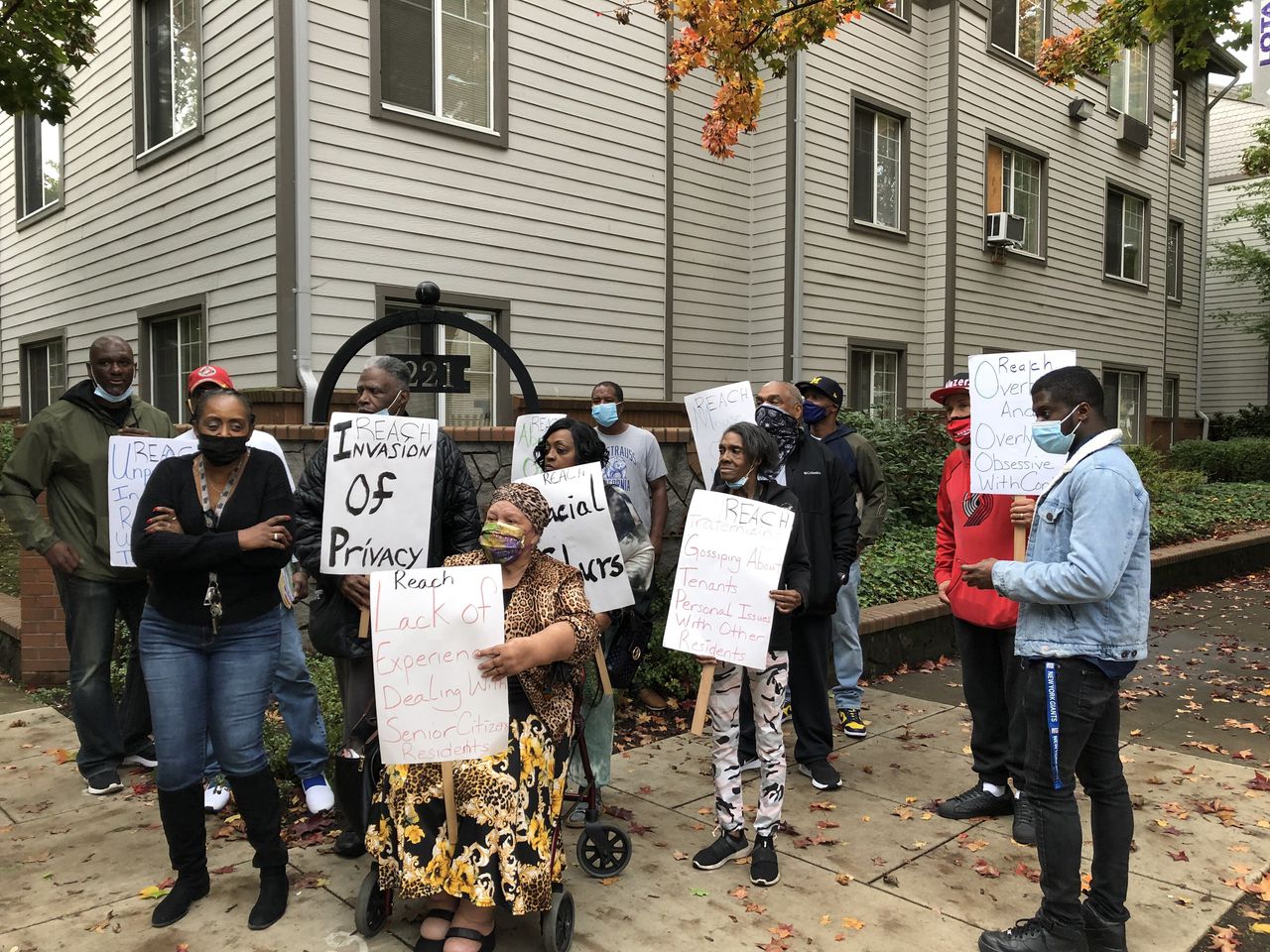 Residents of a Northeast Portland affordable housing complex say they’re fed up with inhospitable living conditions — and they want their rent back.

Tenants at the Allen Fremont Plaza, 221 N.E. Fremont St., gathered in the courtyard of the three-story complex Wednesday, describing problems ranging from mold and vermin to homeless strangers camping in the building’s indoor common areas.

“There are people sleeping on our couches,” said resident Mary Rouse, 82, “so we need security in here.”

Emily Templeton, the attorney who filed the pro-bono suits, says each of her clients is seeking a $14,400 refund for the rent they already paid while living under “uninhabitable” conditions at the complex in the Boise neighborhood, as well as a court order to fix the issues. The suit is limited to problems from the past year, but the documented complaints date back to 2013, she said.

“This lawsuit is to just push the executives at Reach to finally do something about the habitability concerns these tenants have been raising for years,” said Templeton.

An employee at the complex was removed from her role at the facility after tenants alleged the worker used racist slurs against Black residents, The Oregonian/OregonLive reported in October.

Many of the tenants spend their time in the communal gathering area and kitchen, the lawyer said, but broken elevators and a constantly locked first-floor bathroom forces residents who have mobility or health issues into humiliating situations.

“A lot of our tenants are seniors, they struggle with continence issues,” Templeton said. “We’ve had tenants that have literally defecated in their pants because they couldn’t make it up into their units in time. That’s just degrading to them as human beings.”

Residents are also concerned with the accumulation of trash, exposed wiring, the lack of an on-site manager most days of the week, drug dealing and substance use, ineffective ventilation, fire hazards and inadequate weatherproofing, according to the plaintiffs.

“We recently had another TV stolen, it’s been stolen twice within the last year,” McConnell said. “The riffraff are still coming in because there’s no security.” 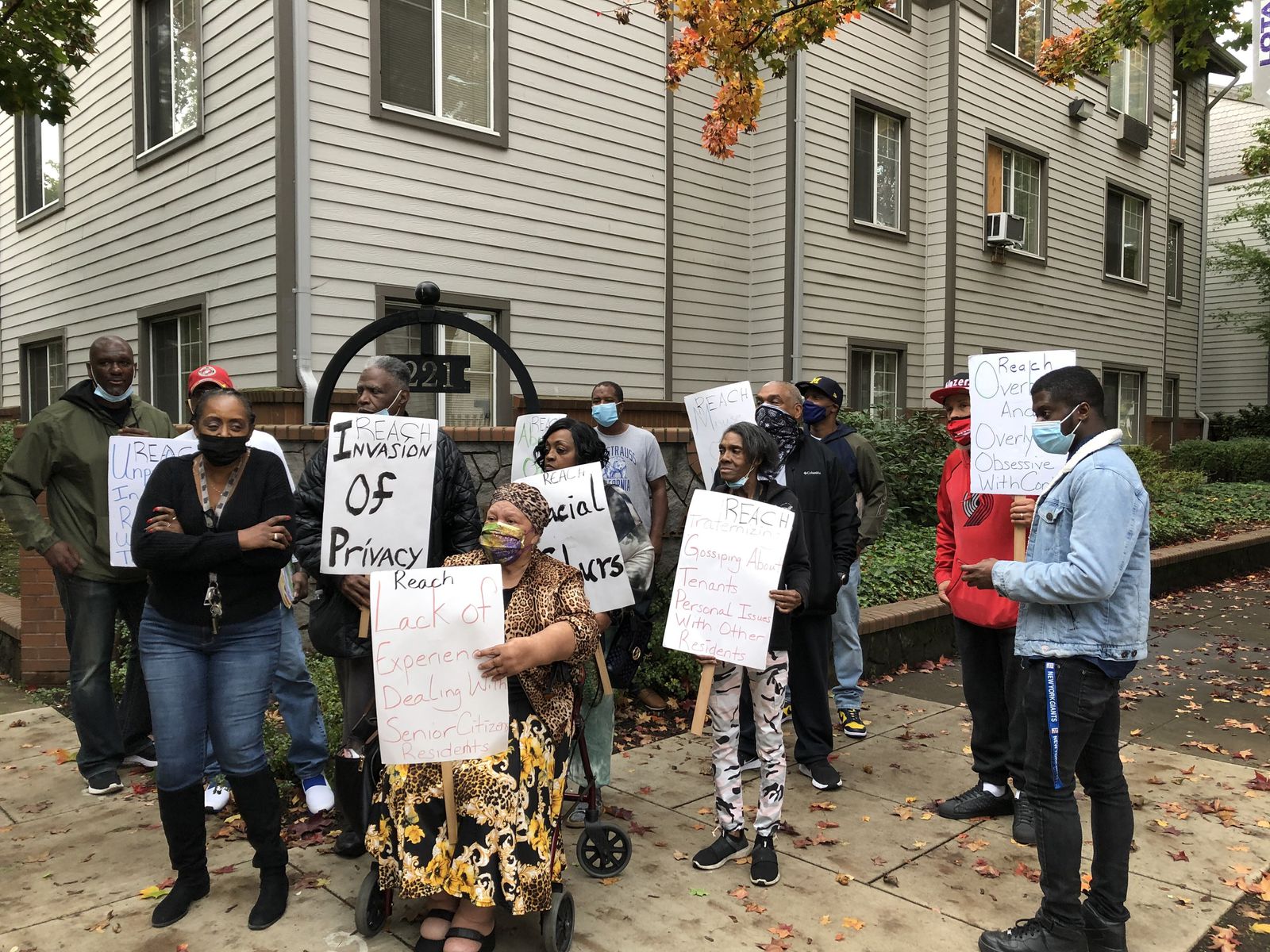