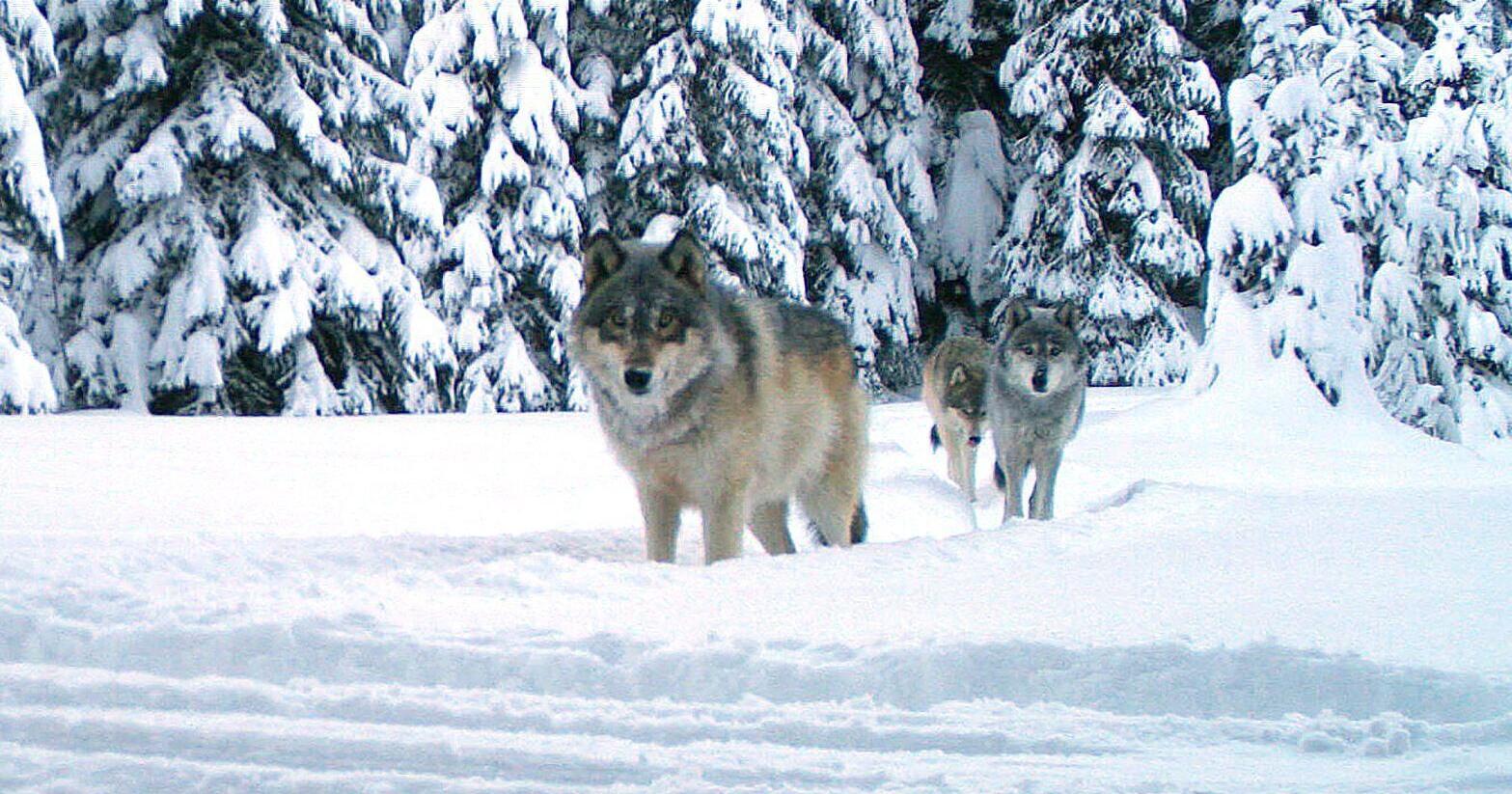 UMATILLA COUNTY – Wolves killed two sheep on private land in Coyote Canyon, a ravine tributary to McKay Creek, in late May, the Oregon Department of Fish and Wildlife reported. ODFW attributed this depredation to the Ukiah Pack.

A sheep herder found a dead 180-pound ewe and 70-pound lamb in a 5,000-acre pasture about 1 mile from his camp, on May 30. The sheep had bedded down for the night in the private pasture.

The ewe had been mostly consumed, while the lamb was entirely intact. ODFW estimated that both sheep died no earlier than the evening of May 29 or the morning of May 30.

ODFW personnel shaved, skinned, and examined the carcasses. Both sheep suffered multiple bite punctures and pre-mortem hemorrhaging, indicating that they had been attacked by a predator.

The ewe had pre-mortem tooth punctures up to 5/16-inch diameter on the neck, with pre-mortem hemorrhaging in the remaining muscle tissue. The lamb had numerous ¼-inch pre-mortem bite punctures and multiple tears in the hide on the neck, throat and left hindquarter above the hock. Trauma to the neck penetrated to the bone on both sides and dislocated the neck. Pre-mortem hemorrhage on the left hindquarter was up to 1.5 inches deep. The severity and location of injuries to these sheep is consistent with wolf attacks.