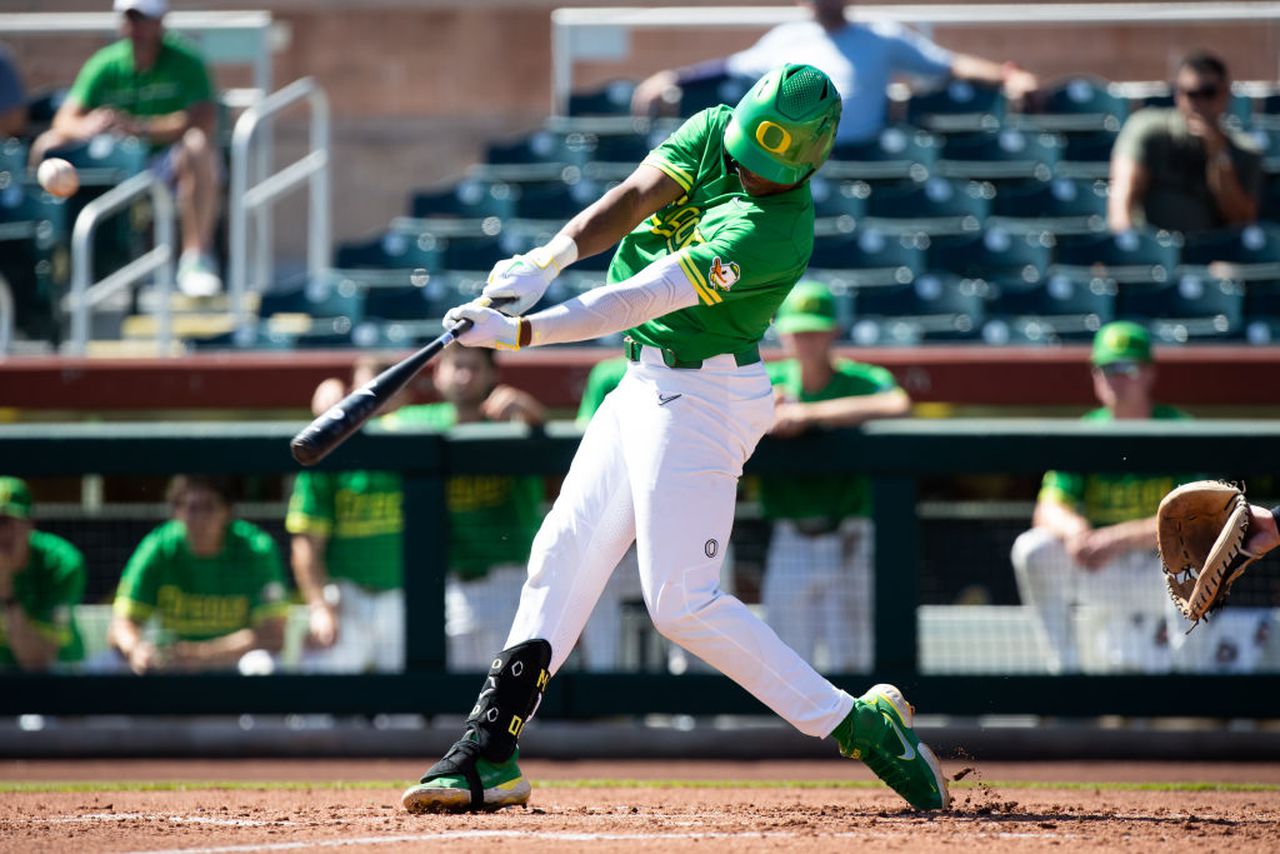 Oregon rallied from a four-run deficit but was done in by the long ball in its opening game of Regional play.

Brennan Milone went 3 for 5 with two doubles and a home run for the Ducks, who rallied from a 6-2 deficit to tie the game in the seventh. But Matt Frey drilled a two-run home run to right center in the top of the eighth to put Michigan back on top for good in an 8-6 win over UO Friday night at Patterson Stadium in Louisville.

The Ducks (35-24) will play Southeast Missouri State in an elimination game at 9 a.m. PT Saturday.

The Wolverines (33-26) advance to face host Louisville at 1 p.m. Saturday, with the winner advancing to the Regional final.

Michigan scored in the second via an RBI fielder’s choice that was nearly a double play.

Jimmy Obertop hit a tow-run home run to right that made it 3-0 in the second and ended the day for Christian Ciuffetelli, who allowed three runs on two hits, two walks and a hit batter over 2.2 innings in a no-decision.

Oregon got on the board in the fourth as Anthony Hall doubled and an error allowed a run to score. He came in on a wild pitch to make it 3-2.

Obertop got the runs make for UM with his second home run of the game, a two-run moonshot to left, and Joey Velazquez added an RBI single off RJ Gordon (2.1 IP, three runs, six hits, one walk) to make it 6-2.

Mercado came in with one on in the eighth and got a strikeout before Frey teed off to give the Wolverines the lead back.

Rio Britton (4-1) took the loss while allowing a run on a hit and a walk in 1.0 inning of work. Mercado allowed a run on two hits and struck out four in 2.0 innings.

The Oregonian/OregonLive will update this story. 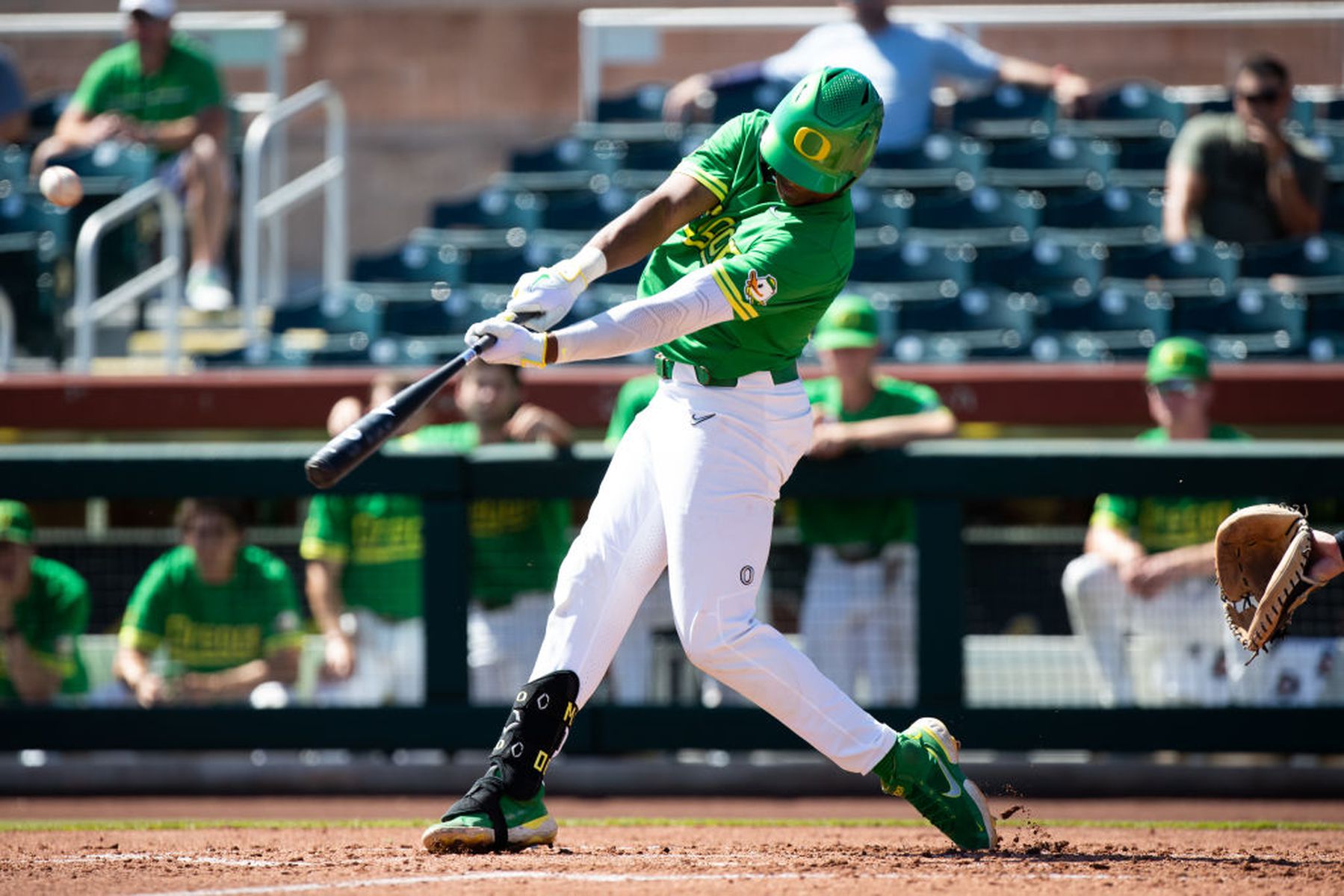