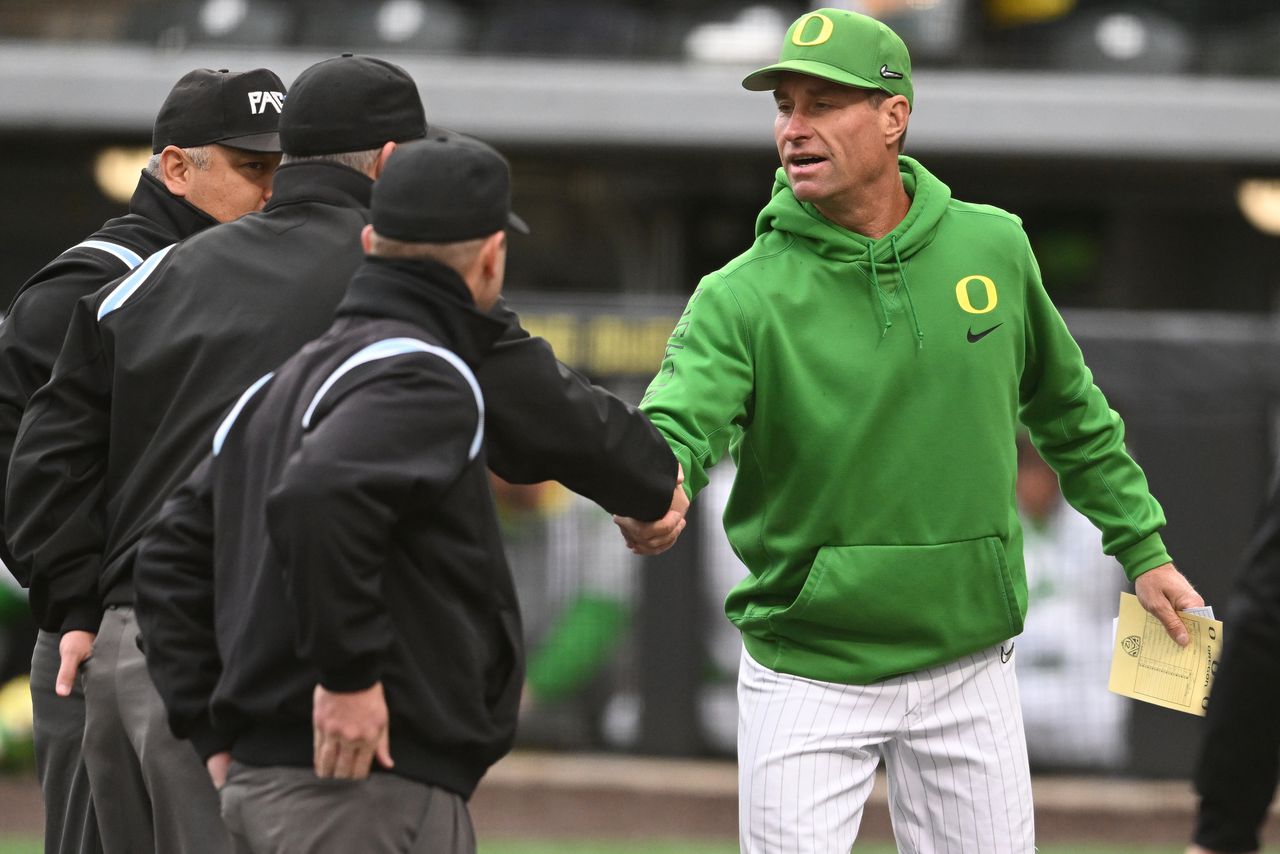 Oregon is hoping its journey in the Louisville Regional of the NCAA Tournament lasts longer than its Pac-12 tournament trip.

The Ducks (35-23) are coming off losses to Arizona and Arizona State in the conference tournament, but Mark Wasikowski felt his club played well in those defeats and enters their opening game with Michigan (32-26) tonight (4 p.m., ESPNU) at Patterson Stadium well rested.

“We played well, we just didn’t hit with guys in scoring position in one of the games and that was the game that we were eliminated in,” Wasikowski said. “But I thought we played very good team defense. I thought we pitched the ball well and played good enough to win, we just didn’t.

“That did allow us to get a little bit more rest than maybe getting stretched out and playing 27 innings or whatever it may have been. From that standpoint, we’ll use that as a positive to where our guys are fresh.”

Oregon hasn’t named its starter but Christian Ciuffetelli got the nod to open the conference tournament and his 2.97 ERA is best among the potential starters.

UO will have to contain a Michigan offense featuring five hitters with at least 10 home runs and seven with 39 or more RBIs.

“They’re a very physical group, well coached,” Wasikowski said. “You’ve got three or four runners that have over 10 stolen base attempts and some plus speed. Coach (Erik) Bakich is a guy that always likes to push the envelope in terms of aggressiveness on the bases. They should be a well-trained team. They’ll start a left-handed arm (Connor O’Halloran) that’s an experienced guy, has got good numbers. He can throw multiple pitches for strikes, big kid that’s got a good live arm.”

O’Halloran (5-4, 4.90 ERA) isn’t necessarily an overpowering pitcher, as his 7.27 ERA in Big Ten play illustrates, though he helped lead UM wins over Illinois and Iowa en route to a Big Ten tournament title.

With two of the top 25 scoring offenses in the regional, including host Louisville, Oregon is expecting to have to lean on its pitching and defense to advance past this weekend.

“The pitching and defense part of it has always been a staple for Oregon; we look to continue that,” Wasikowski said. “This year we’ve broken up to 10 offensive records, so we’re very proud of the physicality that our group brings to the table and we know that the field that we’re playing against in this specific regional is a very physical group that likes to get after it and swing the bats.” 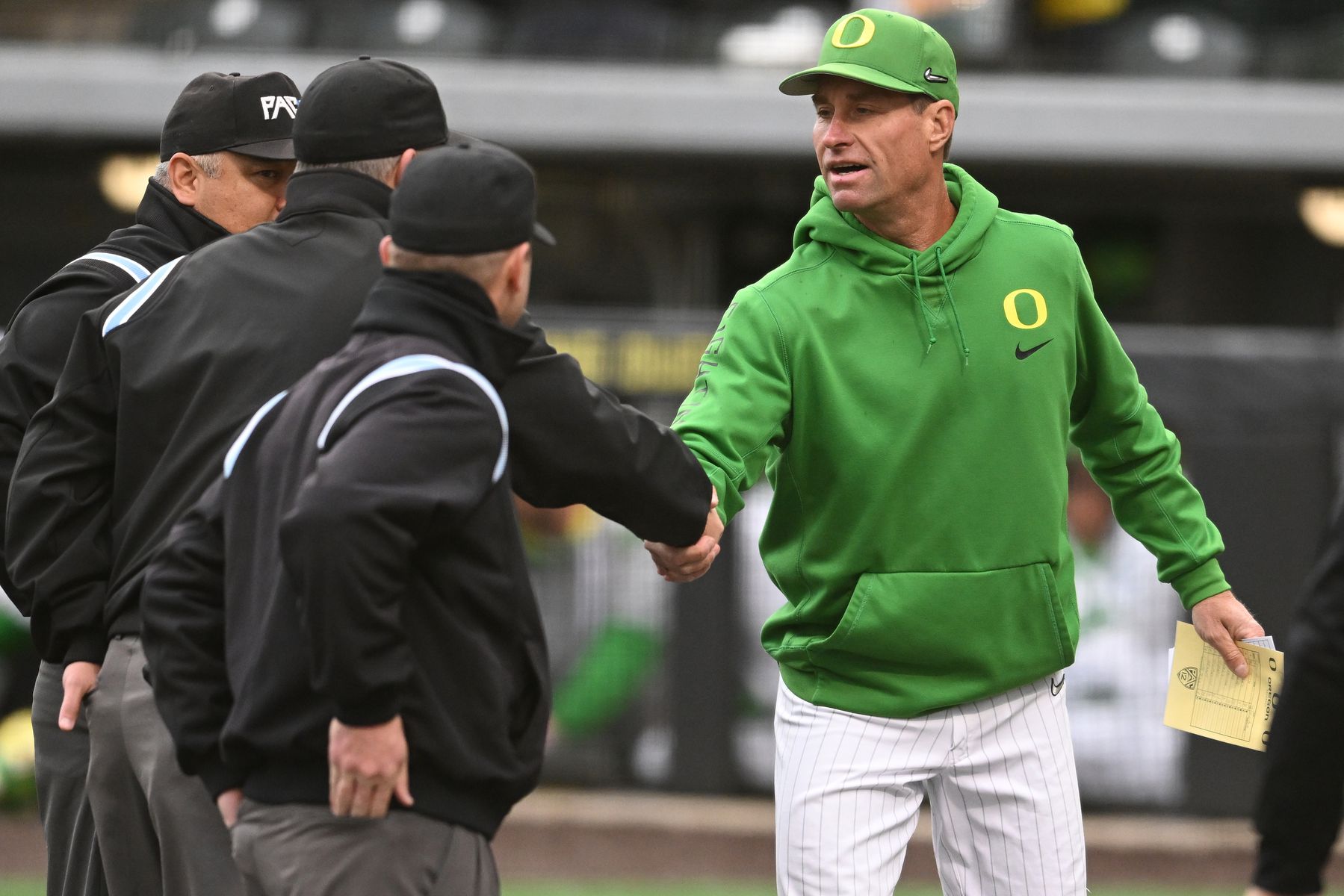