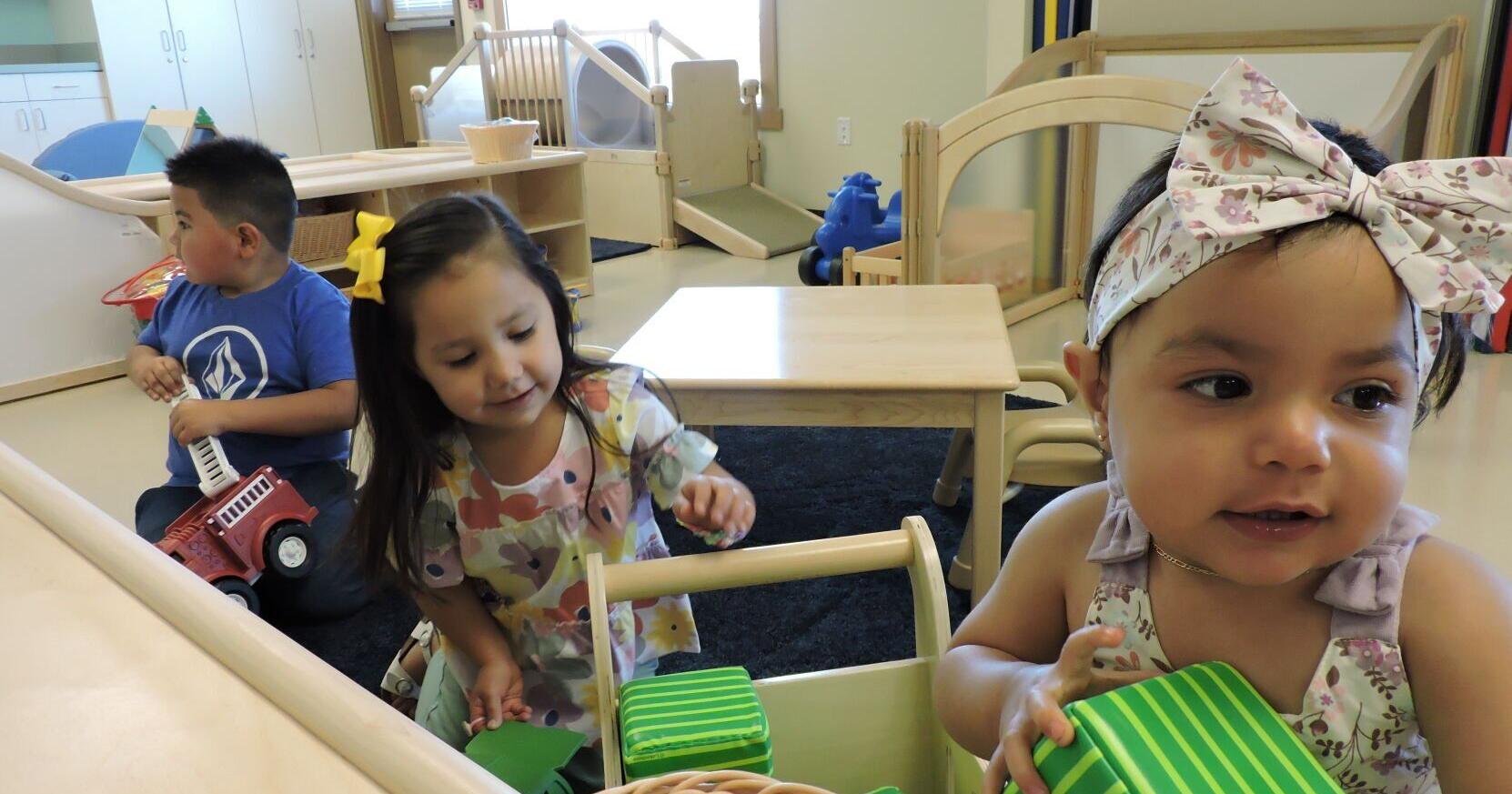 BOARDMAN — The Oregon Child Development Coalition has made a new home in a location that will make more services available to more of their clients than before.

The organization, which has a new building at 123 Willowfork Drive, Boardman, had an open house May 20. Executives, staff and clients were available to explain the center and their own experiences with it.

Siblings Angel Muniz, Yamila Gomez and Susan Gomez seemed happy with the new Boardman facility. They bounced from toy to toy, feeling out their environment.

The three children range in age from 1 to 5 years old. Angel, the oldest one of the group, was once an OCDC student. He now is enrolled in a public elementary school. Yamila Gomez and Susan Gomez are planning to attend school at the new OCDC facility as soon as it opens.

Their mother, Cinthia Muniz, said she was happy with the situation, as she believes OCDC is good for her children.

Executive Director Donalda Dodson and Program Director Pat Consoliver were among the people giving tours May 20, and they explained their organization.

OCDC, they said, is a 51-year-old early learning program with a focus on migrant and seasonal Head Start services.

“We work with both children and their parents,” Dodson said.

Education services are provided for the children, and family support services exist for the parents. She said “family support” includes help for adults to obtain their GED certificates or enroll in English as a second language courses. By helping both children and adults, the OCDC is a “two-generational program.”

The children, who are 6 weeks to 5 years of age, are kept in a learning environment that is appropriate for their age, Dodson said.

Consoliver said their district, which serves Umatilla and Morrow counties, has approximately 550 children during the course of a year. These children all have parents who work in agriculture.

Children are either dropped off or bused to school. They are cared for, taught and given meals. As an agency, OCDC served over a million meals statewide, Dodson said.

According to Dodson and Consoliver, clients love this program. Often, they said, adults receive help from OCDC, and then they return to work for it.

Consoliver said he thinks he knows why people seem to like OCDC and Head Start. Unlike many other schools, he said, Head Start programs do not focus on teaching to test. Instead, teachers educate children based on each child’s needs and interests. Also, he said, it incorporates play and fun.

They said the organization is mostly federally funded for its migrant seasonal program, though some state funds are received for its one state program in Milton-Freewater.

The new building fits a need

Dodson said OCDC has been sending Boardman clients to classrooms in Irrigon and Hermiston. This has been difficult for families, she added, because some children would have to be on a bus for about an hour to get to class.

“Plus, we were looking at our numbers, and we thought we could fill a facility in Boardman,” she said. “The data shows that Boardman is a growing agricultural community.”

This project has been discussed for a while, they said — at least since 2014. Lately, Dodson said, the city of Boardman, has been very receptive to helping the facility, offering funds toward the $3.5 million total cost.

Construction started around a year ago, she said. Now, according to the executive director, it should be ready for classes around mid-July. Dodson said she plans for the Boardman facility to have space for 56 students. More teachers are needed, though, and she said she is still looking for them. There are now four teachers and six staff.

The facility has one preschool classroom and five infant/toddler classrooms. Also, there is a kitchen, where all meals are prepared. Outside, there is a playground with equipment and soft flooring.

The Irrigon classrooms will have their last day June 17. Students, at the time, can opt to transfer to Boardman.

More information on OCDC can be found on its website, www.ocdc.net. 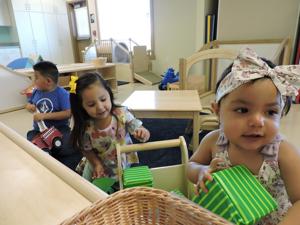