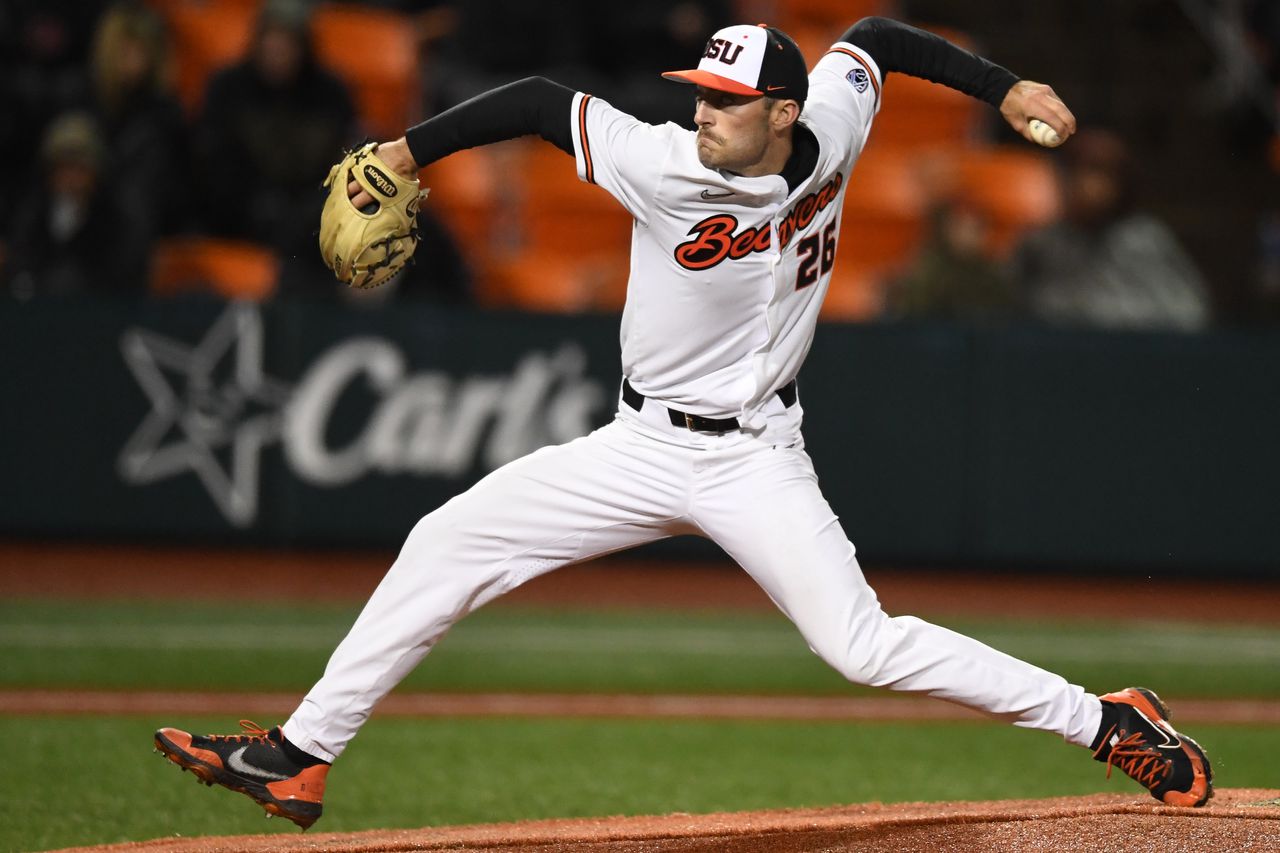 Oregon State Beavers ace Cooper Hjerpe is in the running for another prestigious college baseball award.

Hjerpe on Thursday was named one of five finalists for the National Pitcher of the Year, given annually by the College Baseball Foundation.

Hjerpe, who is also a semifinalist for the the Golden Spikes Award and the Dick Howser Trophy, enters the NCAA baseball tournament with a 10-2 record and 2.33 ERA. He ranks third in the nation in strikeouts (140), boats the 11th-best WHIP (0.90) and owns the second-most wins. Opponents are batting just .191 against him.

(Read about Hjerpe’s rise into one of the nations’ best pitchers here.)

The 6-foot-3 left-hander won his first six starts of the season and did not lose his first game until April 29. And in that narrow 2-1 defeat at Utah, he took a perfect game into the seventh inning. Earlier in April, during a start against Stanford, he struck out a career-high 17, the most in Oregon State history and the second-most by any Division I pitcher this season.

Hjerpe has allowed two or fewer runs in 11 of 15 starts and owns four shutouts this season.

His next start is scheduled for Friday, when the Beavers (44-15) open play in the Corvallis Regional against New Mexico State (24-32). 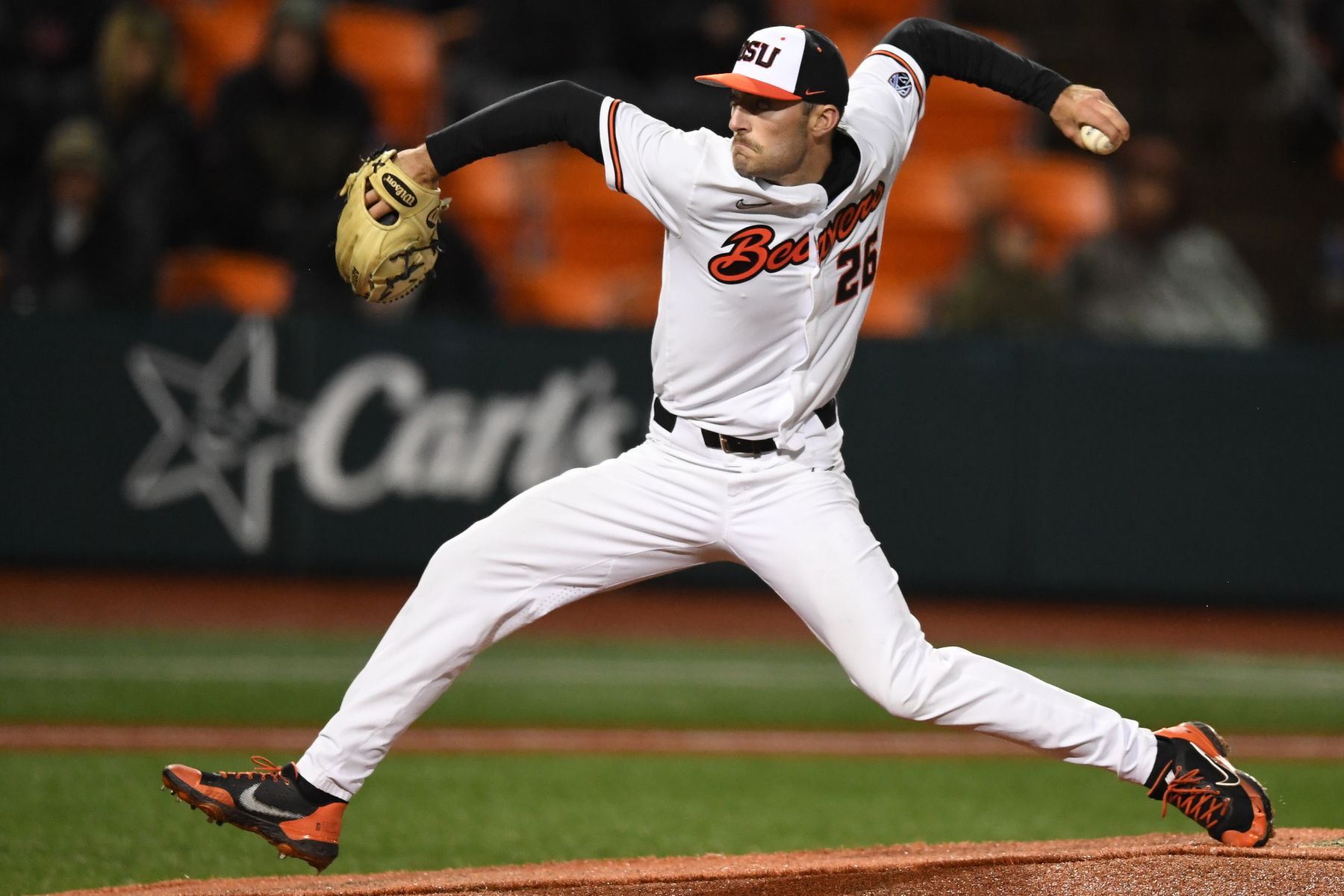