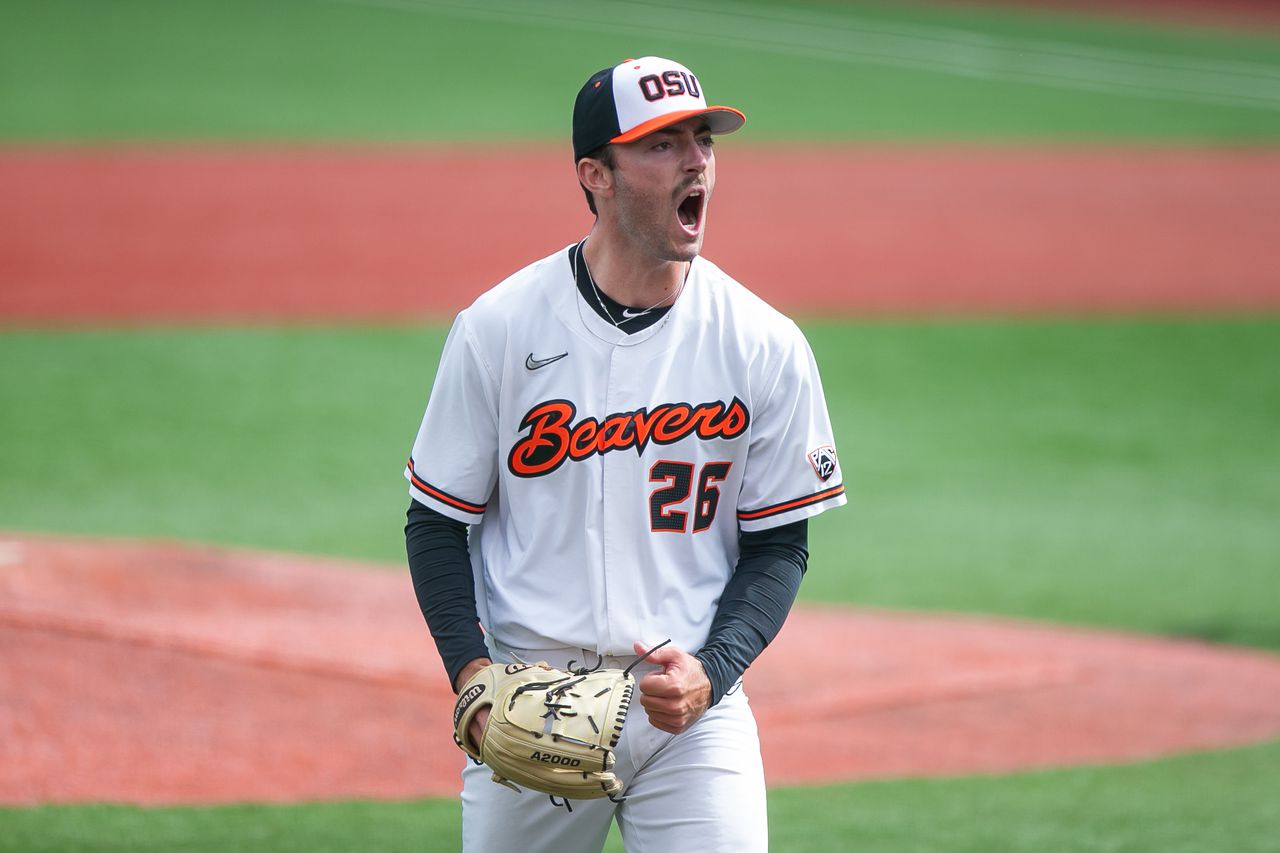 CORVALLIS — The conversation was quick and to the point. The Oregon State baseball team’s season was on the brink, so there was no need for an extensive conversation.

Cooper Hjerpe strolled into the Beavers clubhouse, eyed coach Mitch Canham, and before a do-or-die matchup against the Vanderbilt Commodores, he declared himself fit to pitch.

“It’s all hands on deck,” Hjerpe said. “You lose, you go home. So before the game started, I told him I was ready. And he knew that. We were both on the same page on that matter.”

A few hours later, the All-American left-hander helped save the Beavers’ season, closing the door on an entertaining and gutsy 7-6 win over the Commodores in the final of the Corvallis Regional at Goss Stadium.

Oregon State, the No. 3 national seed, advanced to the NCAA Super Regionals, where it will play the 14th-seeded Auburn Tigers in a three-game series at Goss Stadium.

The road to the supers wasn’t easy for the Beavers (47-16), who took a gut punch from the Commodores (39-23) Sunday and trailed twice Monday night, including 3-2 in the fifth inning.

But with a mammoth home run from unheralded third baseman Matthew Gretler, a resurgent performance from star Jacob Melton, a clutch offensive outing from No. 9 hitter Kyle Dernedde and two breathtaking final innings from Hjerpe, the Beavers advanced to the eighth super regional in program history and first since 2018.

“They showed a tremendous amount of heart,” Canham said. “When they showed up at the yard today, you could see a different look from each and every one of them. Their confidence was raging.”

Things couldn’t have started much better for the Beavers on Monday, as leadoff Justin Boyd smacked a solo home run to give them an early 1-0 lead and right-hander Jaren Hunter struck out five of the first six batters he faced. But it would not be an easy afternoon.

The Commodores, who had scored 43 runs in their previous three games, took a 2-1 lead in the fourth on a two-run homer from Spencer Jones and a 3-2 in the fifth when electric center fielder Enrique Bradfield Jr. scored from second on a double steal.

But unlike Sunday, when the shell-shocked Beavers wilted against Vanderbilt’s relentless offense, Oregon State responded in the bottom of the fifth.

Melton pushed the Beavers back into the lead with a two-run home run to left-center field and, later in the inning, Dernedde ripped a two-out two-run single up the middle to give them a 6-3 edge. It was a bit of redemption for both players.

Dernedde entered the game batting just .203 this season and 0 for 10 with the bases loaded in his career. But the Beavers’ shortstop went 3 for 4 with three RBIs Monday, delivering when his team was desperate. Meanwhile, Melton entered the game mired in a dreadful slump, with just one hit in 13 regional at bats. The Pac-12 Player of the Year looked so out of sorts, Canham pulled him early from Sunday’s 8-1 defeat.

But in a win-or-go-home game, Melton went 2 for 5 with two RBIs, barely missing another extra-base hit when Bradfield Jr. chased down a ball in the left-center gap.

“I was struggling pretty mightily over the regional, didn’t show up the way that I wanted to,” Melton said. “I let that affect me mentally (Sunday) night. Felt like today was just a big day to come out and break out of that and get back to just being me. So obviously that hit in the first was big for the confidence and then being able to put a couple more big swings on balls was really big for me.”

It would not be the last big swing for the Beavers. Vanderbilt fought back to tie the game 6-6, scoring a pair of unearned runs in the sixth and one more on a sacrifice fly in the seventh, when Gretler became an unlikely hero.

With one out in the bottom of the seventh, the junior third baseman belted a home run to left field to give the Beavers a 7-6 lead. Grayson Moore had been pitching Gretler inside during the at bat, getting ahead 1-2. But Gretler worked a 2-2 count and then crushed a slider, sending it on top of the bullpen.

“I saw the slider down and I just went at it,” Gretler said. “It was a good feeling, that’s for sure. I knew I hit it hard enough, I just didn’t know if it had enough under it to get over that fence.”

He did and Goss — and the Beavers’ dugout — went bonkers.

“It went crazy,” Melton said of scene in the dugout.

In the bullpen, Hjerpe was warming up, preparing to make his first relief appearance of the season. When the ball landed above him, he started smacking the bullpen roof in celebration.

Half an inning later, Hjerpe emerged from the bullpen to take the mound and that was pretty much a wrap on the Commodores’ comeback bid.

The 6-foot-3 left-hander struck out the side in the eighth, punctuating the impressive feat by screaming and flexing repeatedly as he sauntered to the dugout as 3,828 roared with him. An inning later, he ended the game with back-to-back strikeouts to earn his first save of the season, and the Beavers had survived, clinching a date with Auburn.

Hjerpe, who started Friday and was working on just two days of rest, normally throws a Monday bullpen session, tossing roughly 20 pitches to stay sharp in between starts. He ended up throwing 36 against Vanderbilt and, afterward, said his arm felt “good” and that he would be ready to start the opener against Auburn.

And he was not alone. The Beavers were pushed to the brink by a gritty Commodores team and persevered, which they say will only help them moving forward.

“That’s been a big thing for us all year,” Melton said. “We’ve had a lot of adversity and we’ve battled through a lot of stuff. I think that’s the biggest thing about this team — we have a lot of heart and we’ve fought through a lot more stuff than most teams in the country. So I think that’s something that’s going to suit us really well down the stretch.”

— Joe Freeman | jfreeman@oregonian.com | 503-294-5183 | @BlazerFreeman | Subscribe to The Oregonian/OregonLive newsletters and podcasts for the latest news and top stories. 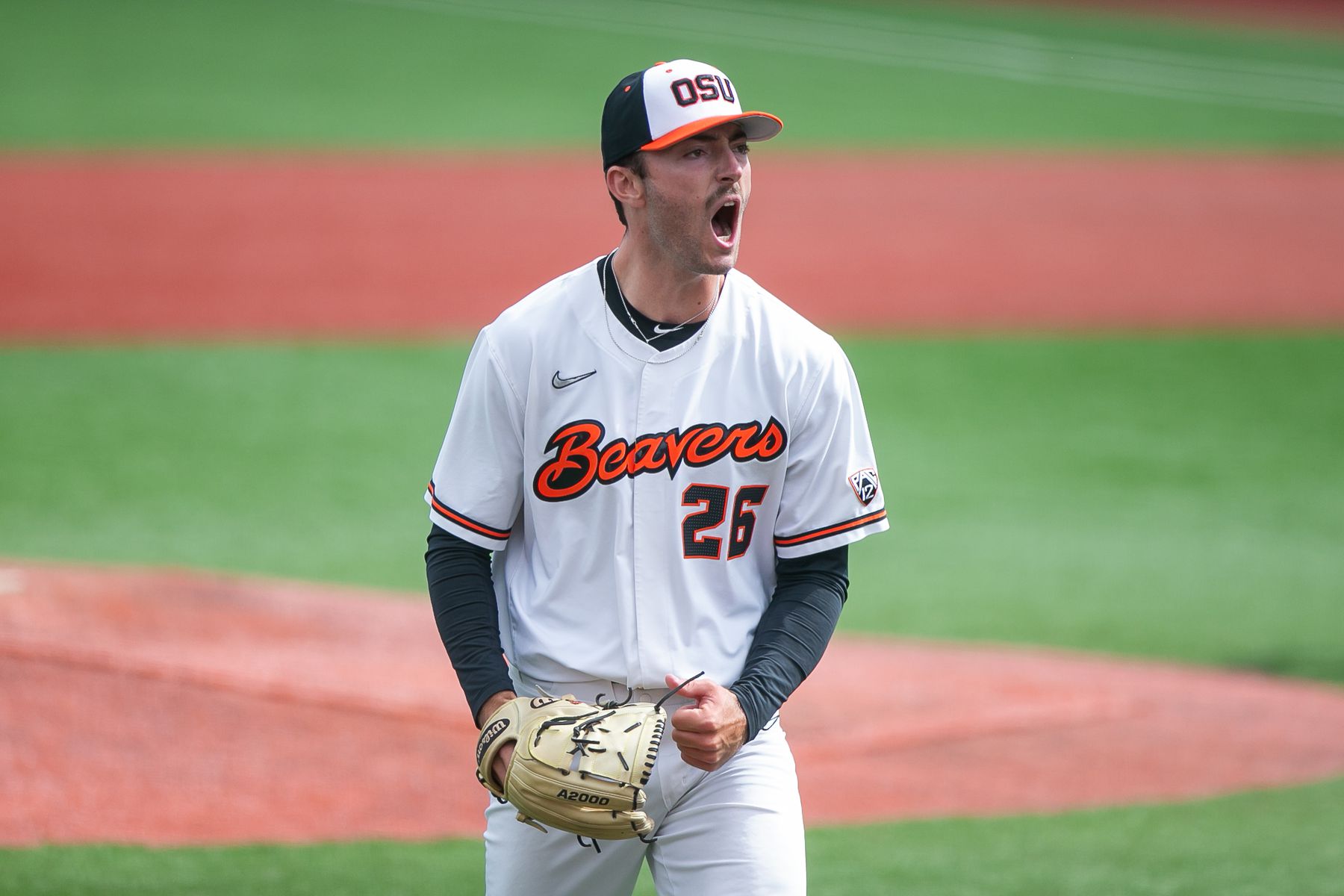