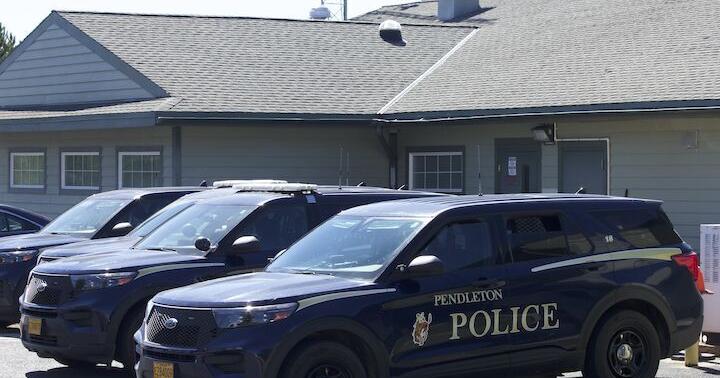 PENDLETON — Pendleton police Friday, July 9, arrested a Pendleton man on a warrant after a search that lasted exactly one week.

Mark Alan Deuce Romero, 31, is in the Umatilla County Jail, Pendleton, on several charges. Pendleton police in a press release reported the arrest stems from July 2, when Romero brandished a firearm at a 16-year-old boy.

Police had a warrant for his arrest on charges of unlawful use of a weapon, second-degree disorderly conduct and menacing. According to the press release, an officer July 9 saw Romero on Southwest First Street and recognized him.

“When the patrol officer observed Romero, he took off running west on the (Umatilla River) levee,” the press release said. “Officers gave chase and were able to catch up to Romero and arrest him in the 300 block of Southwest Court Avenue.”

Pendleton police reported officers caught Romero with a loaded. 22 revolver near where he had been hiding. In addition to the warrant, police tagged Romero with an arrest for felon in possession of a firearm

Once all police reports are in, the case goes to the Umatilla County District Attorney’s Office for consideration of charges.