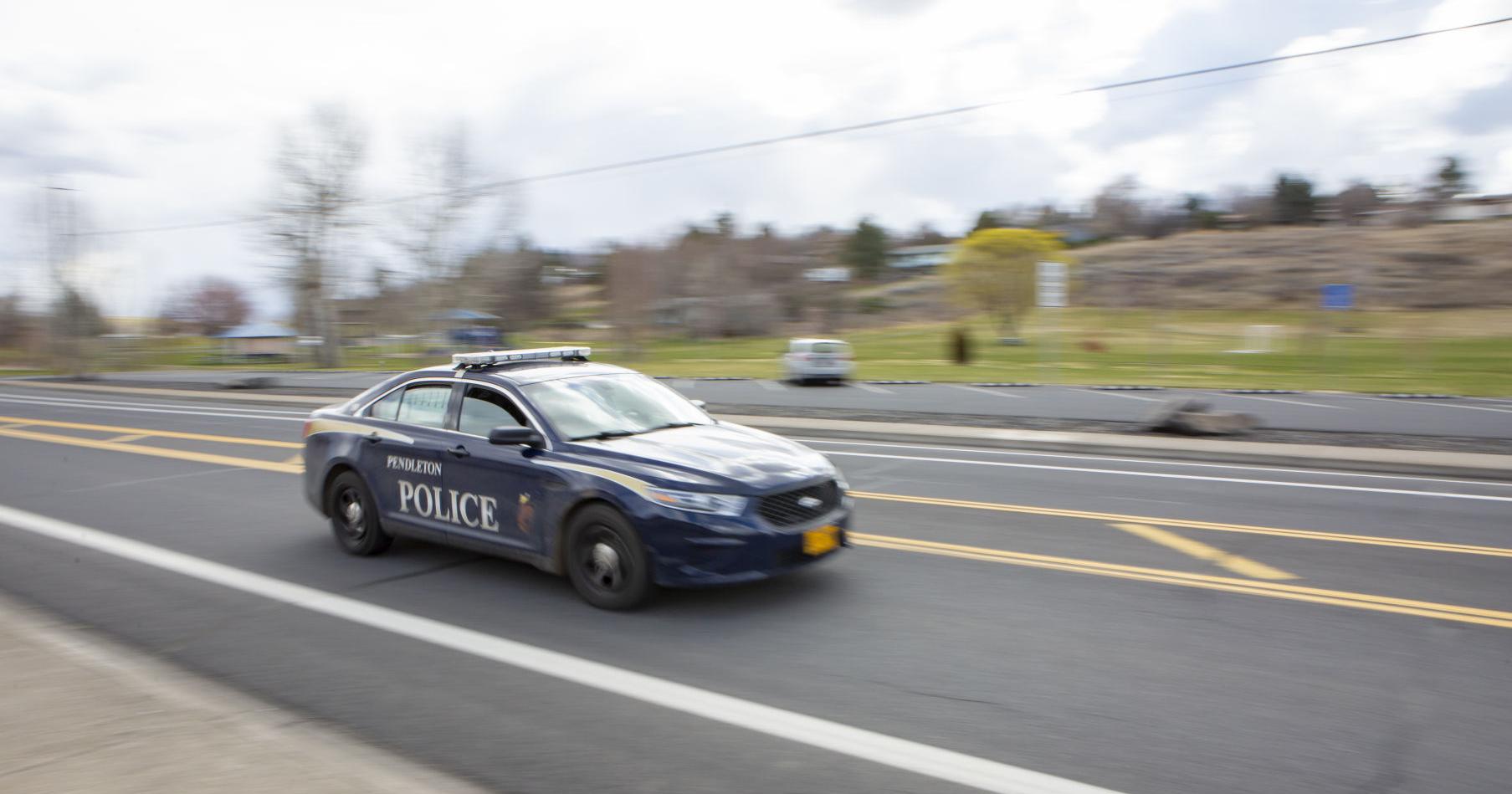 Pendleton police in a press release reported local emergency dispatchers June 25 at 10:11 a.m. received several 911 calls from witnesses at Walmart, 2203 S.W. Court Ave., reporting a female screaming for help in a vehicle in the parking lot. Witnesses reported about what appeared to be an abduction, as a male took a female by force and sped out of the parking lot.

Witnesses also provided a good vehicle description and location of travel, according to the press release. While officers were responding, the female in the vehicle called 911, screaming she had an emergency before the line was disconnected. The female called again screaming for help and stated her boyfriend was hitting her before the call was disconnected again.

The victim also was able to give her location as they were passing a business in the 1400 block of Southeast Court Avenue. She called 911 again and reported the suspect was in possession of a hammer and she was in fear he was going to use it against her.

Before the line disconnected again, she gave their location as approaching Interstate 84 the eastbound milepost 213 on-ramp.

Officers located the vehicle on I-84 approaching Exit 216.

“When officers attempted to stop the vehicle, the suspect male driver refused to stop,” according to the press release. “The suspect male took Exit 216 with Pendleton Police Department officers in pursuit on South Market Road. A high-speed pursuit continued for approximately 10 minutes.”

By this time, assisting units from Umatilla Tribal Police, Oregon State Police and Umatilla County Sheriff’s Office were in the area.

The driver abandoned the vehicle and the victim in a field at the end of Marsh Hawk Lane, then barricaded himself in a barn.

After about 15 minutes of unsuccessful negotiations with the suspect male, officers entered the barn and took the male into custody at 10:59 a.m.

“While taking the male suspect into custody,” according to police, “he was actively smoking fentanyl in the barn.”

Medical personnel attended to the victim and did not take her to St. Anthony Hospital, Pendeton.

Once all police reports are in, the case goes to the Umatilla County District Attorney’s Office for consideration of charges.