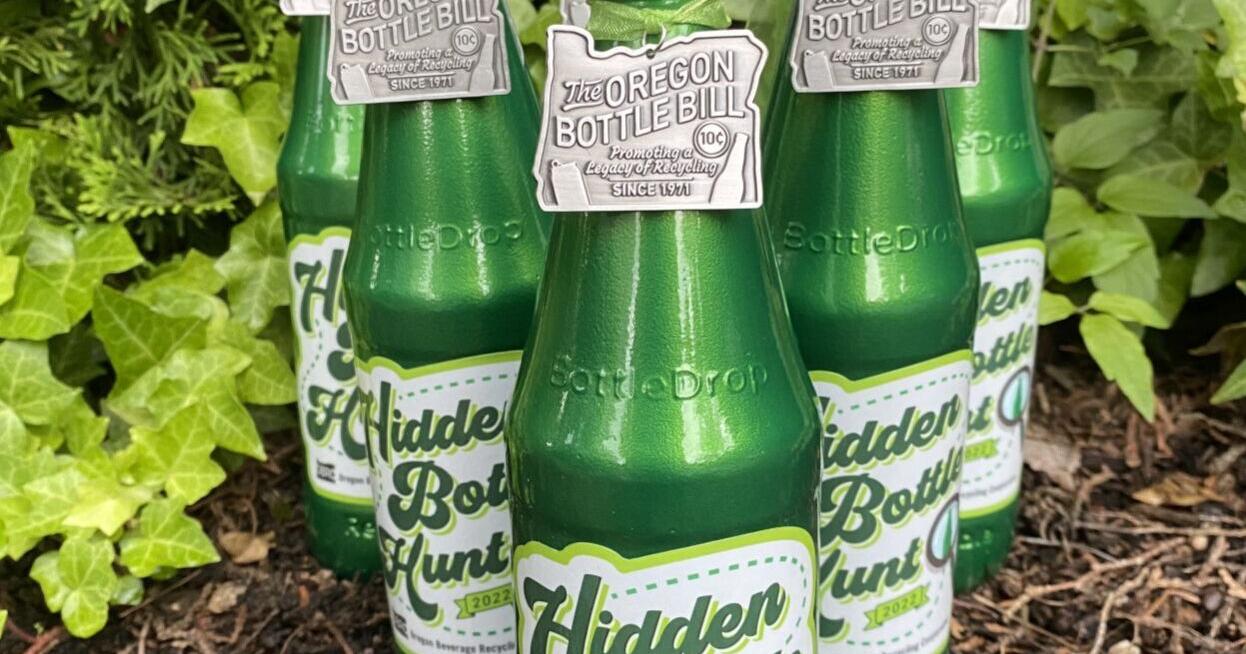 Ferguson and her 13-year-old son, Jesse, are among the six winners in this year’s statewide Hidden Bottle Hunt — a fundraiser the Oregon Beverage Recycling Cooperative hosted. The OBRC donated $1,000 for each of the six bottles during the five-day hunt.

“It was a lot of fun. Ferguson said. “We had fun figuring out all the clues.”

This second annual hunt commemorates the 51st anniversary of Oregon’s Bottle Bill. With the passage of the bill on July 2, 1971, Oregon became the first state in the nation to implement a redemptive system that reinforced recycling and kept litter out of natural areas.

More than 50 years later, the bill remains a lasting legacy of the state’s championing of environmental activism. Oregonians who return empty bottles and cans to stores and redemption centers receive now a 10-cent refund value for each container returned.

The OBRC began releasing clues on July 6. Participants from around the state tried to decipher the cryptic poems. It was on the third day that Ferguson and her son began to narrow their search.

The third clue included the phrase,“‘More Hints’ and you may celebrate!” This was an anagram of Hermiston — along with other clues about the city’s agricultural history and burgeoning population.

The OBRC hid each bottle in a park or trail open to the public, so Ferguson and her son decided to explore all seven parks in the Hermiston area. They tackled Riverfront Park first.

After negotiating which direction to go and admiring the mulberry trees that populated the park, they ventured toward Bridge Road. On the other side of the underpass, they found the bottle; wrapped in orange bubble wrap and tucked into a small culvert.

This year’s six winners got to keep the commemorative bottle and direct the $1,000 to an Oregon nonprofit of their choice. Ferguson selected the Pendleton Animal Welfare Shelter/Pioneer Humane Society.

“We’re animal lovers, so we picked the humane society,” she said. “I follow them really closely on Facebook and they’re always needing donations.”

Ferguson, who was born four years after the Bottle Bill passed, credited the bill as a positive incentive for recycling in Oregon. Still, Ferguson pointed out the nearest BottleDrop for her is almost an hour away. She noted it would be useful to have more redemption centers around the state.

“I would hope in the future of recycling, especially in more rural communities like we live in, there would be a more convenient way for people to do it,” she said. 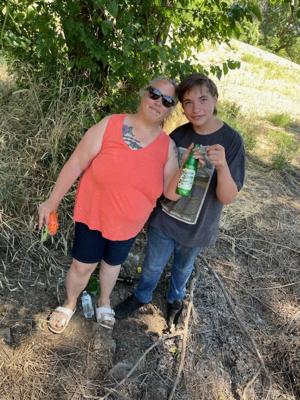