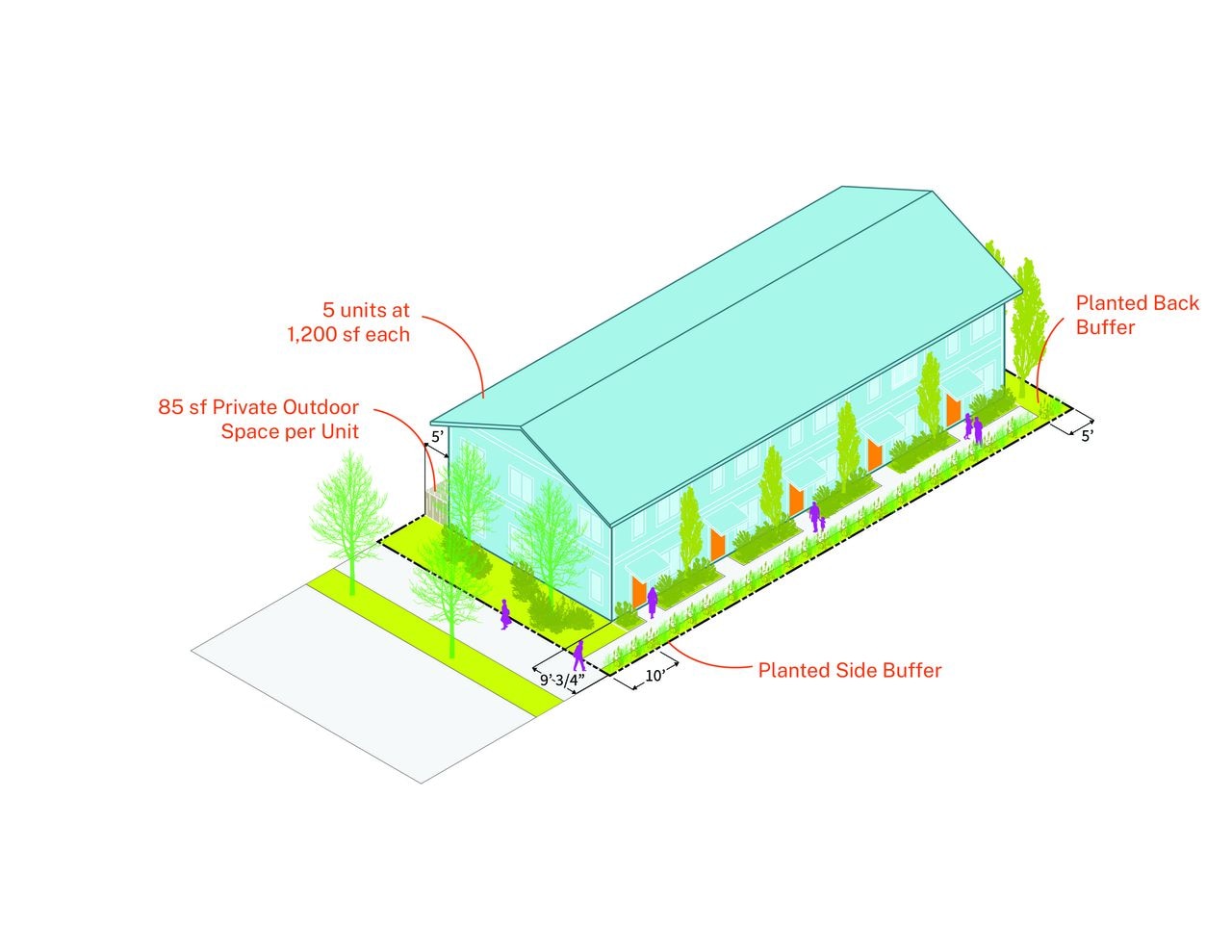 Wednesday’s vote was part of an update to the city’s Residential Infill Project, which allows new units to be built on lots originally zoned for one home. The new rules permit more types of housing, and set new, more flexible rules for how homes can be configured and how large they can be.

Starting July 1, developers can legally build several types of high-density housing in Portland, including multi-family housing – such as two, four or six-unit “plexes” — in a single structure; cottage clusters, or multiple small homes that share a common outdoor space; and townhomes, or separate, often multi-story homes that share a structure with other units.

Supporters welcomed the changes to the city zoning code, and said they couldn’t come at a better time for prospective homeowners who face many challenges in Portland. City officials expect Portland’s population to grow by 100,000 households in the next 13 years. And the housing market is already highly competitive, with homes staying on the market for an average of 21 days. The local listing service RMLS shows that in April, the median sale price of a home in the Portland metro area was $540,000, more than an 11% increase from the previous year. New listings continue to decrease.

The city’s history of discriminatory housing policies also have compounded the problems as non-white homeowners disproportionately struggle to own homes and attain wealth. In a report about the project, city officials wrote that Portland’s past policies have resulted in racial divides, with Black and Latino residents being pushed further and further to the edges of the city.

Mayor Ted Wheeler praised the updated rules as a major step forward for the city.

“At first glance this can seem like very dry land use policy,” he said. “But it will actually shape the physical direction of our city for decades to come.”

It’s the first step of many needed to expand housing options in single-family zones, said Karen Guillén-Chapman, a staff member in Commissioner Dan Ryan’s office and the liaison to the Bureau of Development Services and Portland Housing Bureau.

The city will need to continue monitoring how the code updates are used by builders, where they are used and who they are serving, Guillén-Chapman said. She added city leaders must continue to use focused spending and community partnerships to help make the program successful.

The city first adopted the Residential Infill Project in August 2020 and it went into effect a year later. That project allowed up to four units on a single lot in some residential zones. The project faced some pushback in the early stages, only narrowly passing the city’s planning and sustainability commission in 2019 before heading to the city council.

Planning commissioners in 2019 said they were concerned that most of the new units would not be built in close-in neighborhoods, but in east Portland and other areas where land is cheaper and residents are already at high risk of displacement.

Some planning commission members also said they were worried the project would increase options for middle class homeowners, but would be inaccessible to lower-income residents, and would ultimately push a lot of people out of Portland, particularly people of color.

And, commissioners said they were worried that requiring homeowners to demolish buildings and build new structures would make most of the new housing structures too expensive for most residents.

Katie Larsell, a planning commissioner, said she had worried that the changes would mostly bring construction to East Portland, but the city hadn’t adequately studied how it would affect existing residents of that area.

But, she said, the state law to increase housing density is overall a positive thing.

“There’s a lot of alarmism around code changes,” she said. “But if it turns out there’s a problem somewhere, it can probably be changed.”

Michael Andersen, a senior researcher with the sustainability think tank Sightline Institute, said the updated code strives to address most of the concerns planning commissioners raised. Andersen worked with Habitat for Humanity and other nonprofits to push for expanding the types of housing allowed under the new project.

The amended plan allows homeowners to build detached structures on their own properties that people can live in, rather than require them to demolish an existing building and construct a new one.

“This will result in more 1,200 square-foot three-bedroom homes, rather than 3,500 square-foot McMansions,” he said. “The changes allow for more family-size units than the previous version.”

“With the original model, you could build a four-plex on an infill lot but it wasn’t conducive to selling. It was more for rentals,” he said. The updated policy makes it easier to subdivide lots, incentivizing developers to build affordable homes that they can sell. Also, he said, the policy now allows for the construction of townhomes and four-plexes even if all the units don’t have direct street access — allowing for more density.

A 2016 Portland State University study on providing affordable housing for underserved communities examined the different types of housing that prospective homeowners seek out.

The study said that less than a third of Black households in Multnomah County owned their homes, compared to about 60% of white households. And, the study showed, Black home ownership on the region was decreasing.

Researchers interviewed residents of the North/Northeast Albina district to find out what characteristics of single-family homes were most important to them, to see whether it was possible to provide those options with a variety of housing types.

Guillén-Chapman, who was one of the researchers for that study, said those surveyed prioritized feeling safe and welcome in their neighborhoods.

“The results showed a desire for access to private green space and showed that folks are very receptive to homes in duplexes or other plex-style housing,” Guillén-Chapman said. “These were perceived as nice homes that could share the same lot with other families similar to their own.”

“It’s not adequate to our current housing shortage and displacement problems, but it’ll make these problems easier to solve both in the short and long term,” he said. “It’s not going to make homelessness disappear in 2023, but it is going to reduce homelessness in 2050. And it’ll make all of our problems less difficult in 2022.” 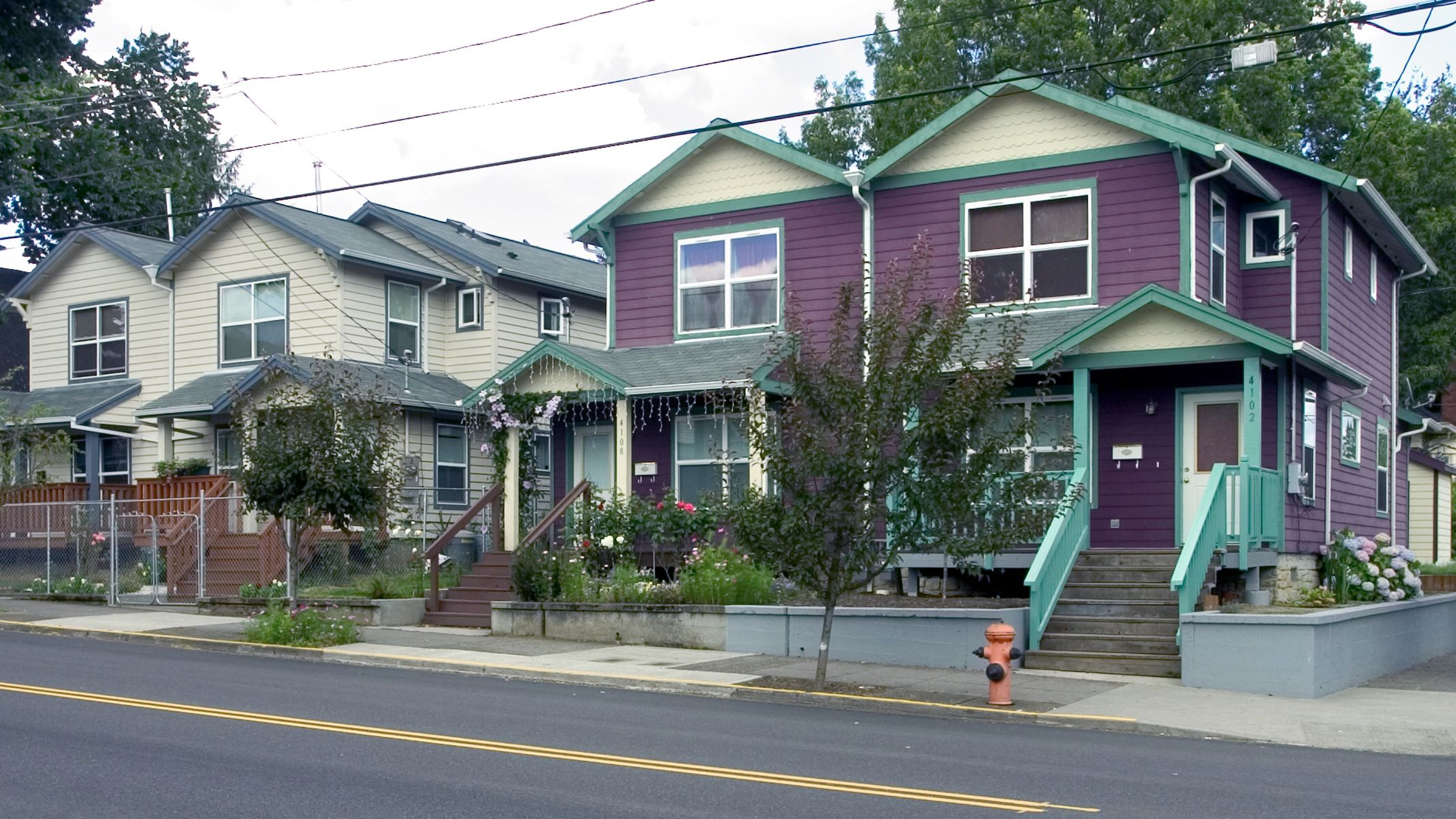