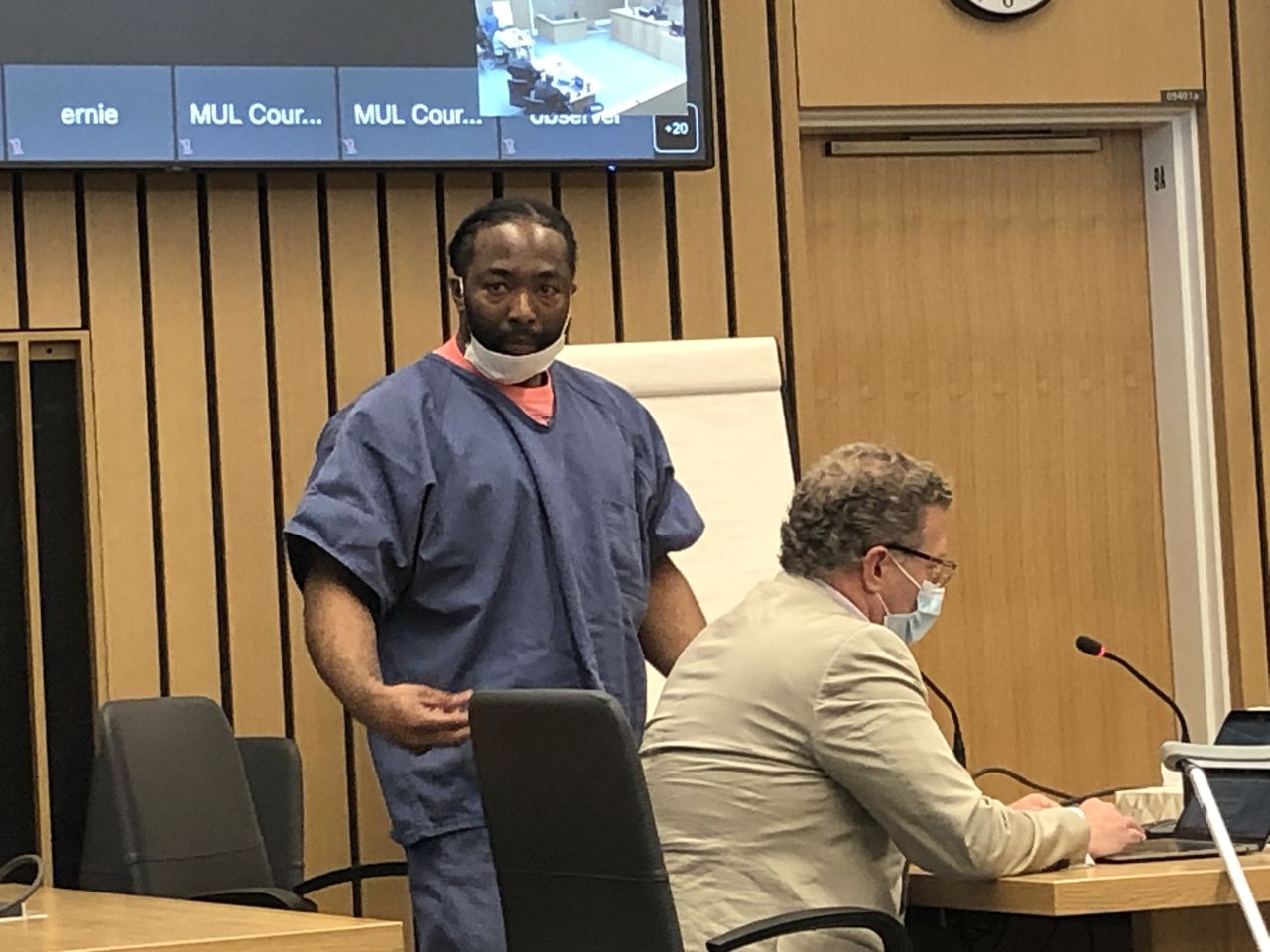 A judge Friday sentenced a man to life in prison with the possibility of parole after 30 years for the fatal shooting of one man and the wounding of two other people from a barrage of bullets fired as concertgoers streamed out of the Moda Center in 2018.

The convicted felon was carrying a loaded 9mm handgun in his jacket pocket and fired unprovoked into a passing Dodge Durango from feet away on North Multnomah Street near Wheeler Avenue about 11:30 p.m. on Oct. 5, 2018, according to prosecutors.

He fired eight shots through the closed front passenger window, killing 44-year-old Markell Devon Jones, who was shot in the head, chest, right arm and neck, according to prosecutors. Jones died at a hospital from a bullet to his brain.

James fired seven more times toward the Durango as it drove away.

Two others were wounded: Cyril Teal, now 44, the driver of the Durango, and a young woman, Macenzi Nelson, now 25, who had just left the Nick Cannon performance with friends and was waiting on a MAX platform two blocks away.

Teal was hit in his upper right arm. Another bullet whizzed across his chest that scorched his skin, according to Kevin Demer, a Multnomah County senior deputy district attorney. A bullet fragment struck Nelson in the neck. Another car also was struck by a bullet as a large crowd of people emerged from the arena.

James, at trial, argued he saw someone in the Durango with a gun and fired in self-defense. The judge said it’s hard to accept James’ stance, particularly since he continued to shoot as the SUV sped off.

The courtroom was filled with Jones’ relatives and friends, as well as James’ family.

As photos of Jones holding a baby and posing with his large family flashed on a video screen in the courtroom, older sister Tonya Jones addressed the judge. Her brother was a father of five children and grandfather to eight.

“He was my baby,” Tonya Jones said. She described her brother as a gentle giant and the family’s protector.

She said time stopped for the family upon learning of his violent death. She said she had to pick up his property after he was killed, including his wallet and his jewelry.

But when an officer handed her Jones’ shoes, she broke down. They were covered in blood.

“Seeing his shoes broke me all over again,” she said.

Tonya Jones said she wants James to spend the rest of his life behind bars.

“I want him to be placed so far away from his family that he doesn’t get to see or be able to hear their voices,” she said. “And the reason why is because he took that from us.”

Yet, drawing on her social work experience, Tonya Jones also urged James to use his time in prison to change his life and said members of her family are open to participating in some type of restorative justice program with their loved one’s killer.

She also read a statement from her daughter, the victim’s niece, Calaya Barry-Sanders.

“We lost part of our heart,” Barry-Sanders wrote in her statement. “Every holiday, every birthday, every graduation, every moment of celebration is a harsh reminder we lost him to a senseless act of violence.”

Portland police Officer David Baer watched James casually walk away from the scene as crowds were leaving the Moda Center. Officers arrested James about a block away and found a loaded gun in his sweatshirt’s pocket. It matched the shell casings recovered from the scene, police said.

Demer had urged a slightly stiffer sentence of life with the possibility of parole after about 34 years and seven months. He argued that James — convicted previously of attempting to elude police, a felony, and for dealing cocaine and being a felon in possession of a gun — should never have been carrying a firearm that night. James also had been charged with attempted murder twice before, according to court records, but charges were dismissed in the 2007 and 2014 cases.

Defense lawyer John Gutbezahl submitted to the judge a statement from James’ older cousin, Cliffante Chaney, who was shot in the back by a teenage friend and paralyzed in 1994. Chaney wrote that James has consistently supported and visited him and is always “just there for him.”

Demer said Chaney’s severe injuries from a shooting should have put James on notice.

“He knows firsthand, from a person who he cares about and loves, the destruction and the change in the life’s path that a single, single bullet can cause,” Demer argued. “Instead of staying away from guns, he’s gravitating toward them and harming people.’’

James’ sister, Latasha Rodriguez Lantz, told Jones’ family she was sorry for their loss. Then she shared that her brother has a good heart and has been a father figure to not only his own children but his nieces and nephews.

Then James stood and faced his victim’s family. He said he’d pray that they can find the coping skills to help them through their difficult times.

“My heart goes out to you all,” he said. “God bless you guys. I’ll continue praying for you continuously.”

Dailey said she hopes James uses his time in prison to reckon with what he did, maintain contact with his family and work to improve himself. 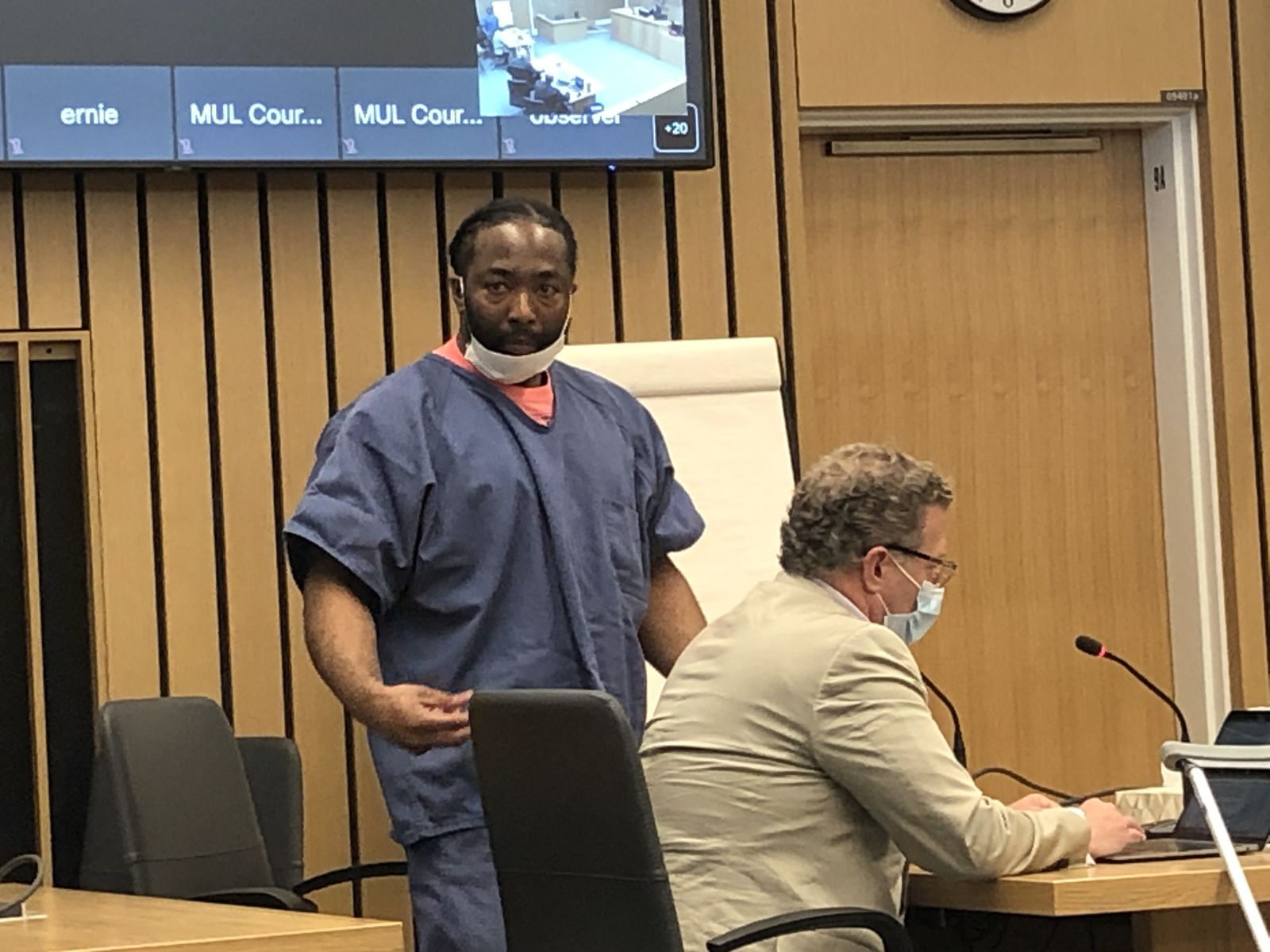