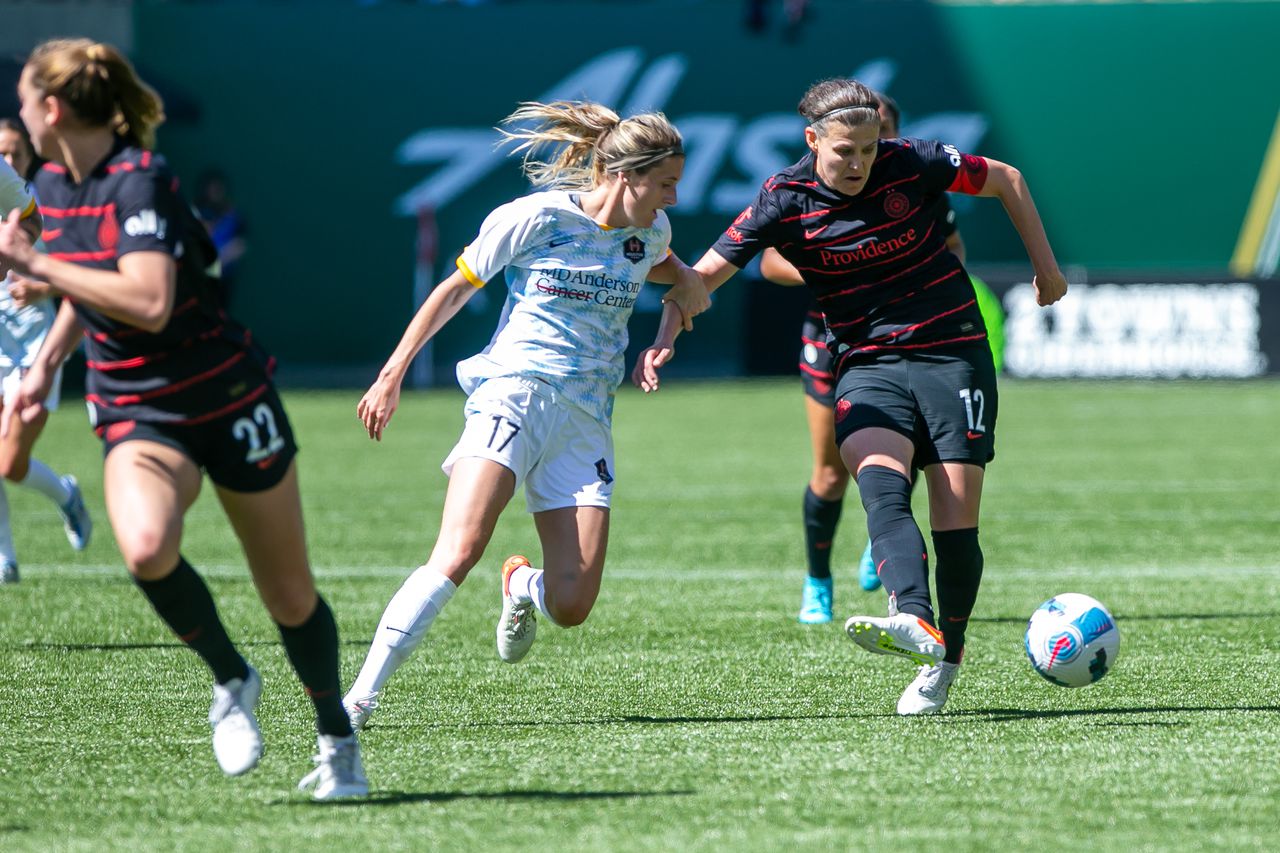 A late onslaught of attempts at goal buried the Portland Thorns on the road at San Diego Wave FC on Wednesday night, as a 2-0 Portland lead ended up in a 2-2 draw thanks to a pair of clutch goals by San Diego midfielder Taylor Kornieck.

Portland’s defense faced a relentless San Diego attack all night, and they ultimately weren’t able to hold the NWSL’s top team off to secure three points.

“It was a wild one,” Thorns coach Rhian Wilkinson said. “A point on the road, and obviously what we’re going to come back to is being up 2-0 and conceding two. It’s hard for the team, but it was a team performance. They never quit on each other and we were playing with fire for big portions of the game. Pleased to get the point but was hoping for the three.”

The Thorns (2-1-4, 10 points) started the game off by firing multiple shots from outside the box, including a pair from Hina Sugita and Rocky Rodriguez in the eighth and ninth minutes. Rodriguez made the play that led to the opening score, too.

In the 23rd minute, after the Thorns and Wave (4-2-2, 14 points) exchanged some solid shots, Rodriguez drew a foul in the box that put Sophia Smith at the penalty spot. Smith nailed it with ease, making it 1-0.

For the remainder of the first half, San Diego played like the better side and had a litany of chances. Morgan’s take from in close in the 24th minute was saved by Bella Bixby, and the Portland keeper would have plenty more to do in the ensuing minutes.

In the 31st, Bixby saved the ball with her fingertips and recovered in time to smack it off the line as well. Without an opportunity for replay, San Diego was left wondering if the ball crossed the line on the potential tying goal. But it remained 1-0.

While league-leading goal scorer Alex Morgan led the way per usual for the Wave, the best strike of the first half came off the foot of Emily Van Egmond in the 34th minute from way outside. It bounced off the post, though.

“We were doing goal-line clearances from like, minute 12 on,” Thorns defender Becky Sauerbrunn said. “They’re a dangerous team, very opportunistic, very direct. They’re a lot to handle. I thought we did a good job even though they threw a lot at us. I think everyone put in a really good shift. It’s tough to lose a 2-0 lead, but I’m really proud of the group and the shift we put in tonight.”

The final 10 or so minutes of the first half were dominated by San Diego’s displeasure with the officiating, and the home side likely would have had one or more goals were it not for some argued calls.

Portland seized momentum in the opening moments of the second half. A perfect ball in from Sam Coffey to Christine Sinclair was finished off by the all-time great, making it 2-0 Thorns in the 46th minute. With the goal, Sinclair is alone in second place in NWSL history with 58 career goals, trailing only Sam Kerr (77).

“It’s something we work on quite a bit,” Sinclair said of the ball in from Coffey. “Just being ready for those opposite-side dives as forwards. Made a perfect ball in and it was nice to get a goal early in the second half. It’s something we wanted to do to put the game away, but it obviously didn’t quite work.”

San Diego nearly scored in the 48th minute on the take from Sofia Jakobsson, and their opportunities continued to appear as the half wore on. Portland had its share as well, including a take from Janine Beckie in the 51st minute that forced a leaping save by Wave goalkeeper and Canadian national teammate Kailen Sheridan.

In the 65th minute, Portland brought on Madison Pogarch for Sinclair, a defensive-minded substitution to try to keep San Diego from breaking through and giving Portland’s veteran star a break.

Bixby, who was busy all night, made multiple athletic saves in the 74th minute to maintain her clean sheet. That didn’t last long, however, as the Wave scored in the 81st minute off the foot of Kornieck to make it 2-1. San Diego had a flurry of additional chances in the moments after Kornieck’s goal, too.

Kornieck secured a brace and tied the match at 2-2 with a header in the 88th minute, a devastating moment for Portland after the Thorns held a multi-goal lead until the final minutes. San Diego more than earned the draw, though, in a match it had both luck and officiating often not go its way.

“I think a draw is probably fair,” Sauerbrunn said. “It’s tough to lose a two-goal lead, but it is the most dangerous lead in soccer. You can tell they were gaining momentum, especially after that first goal. We were really hanging on there for a little bit, but I still think on the attacking side we did some great things.” 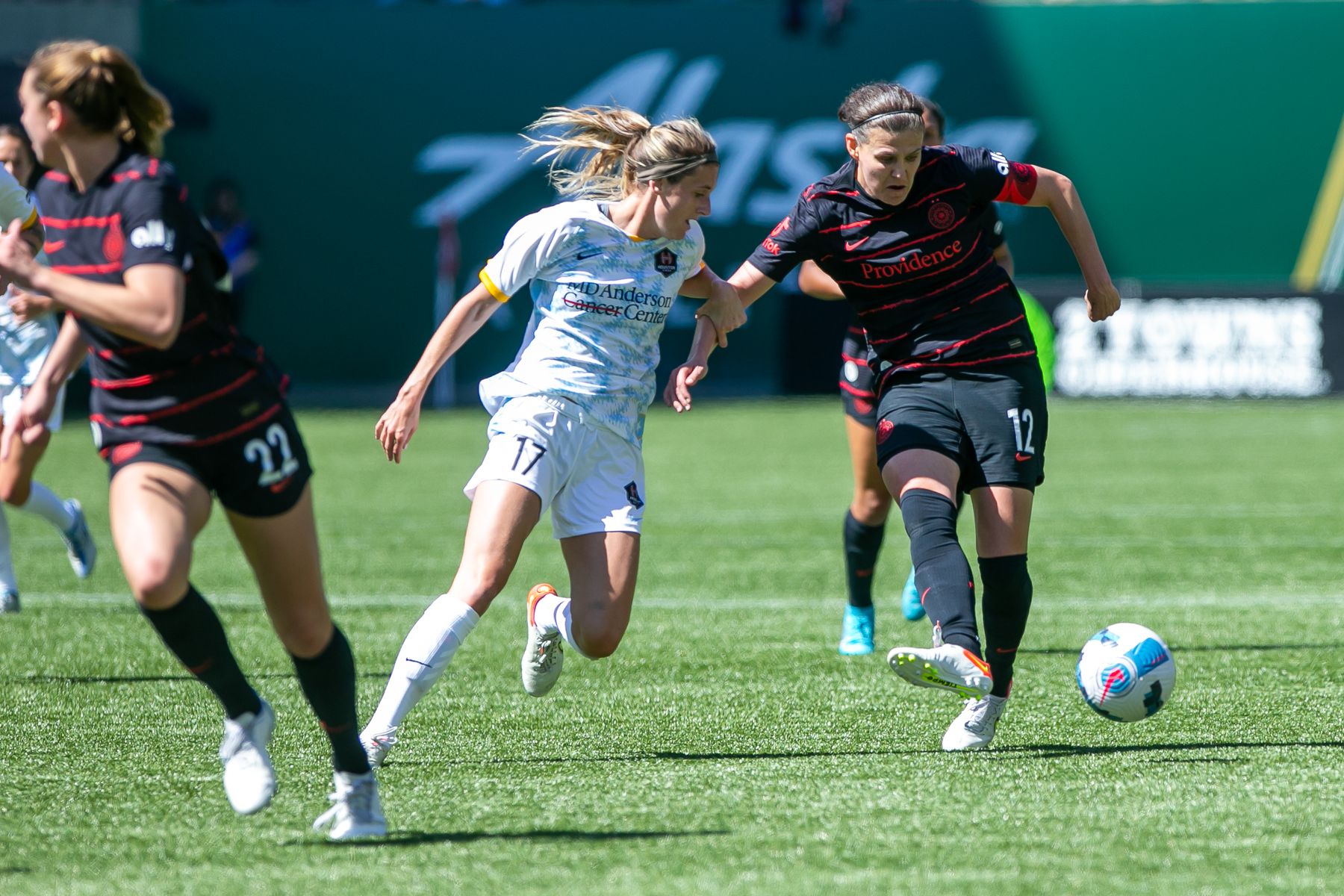