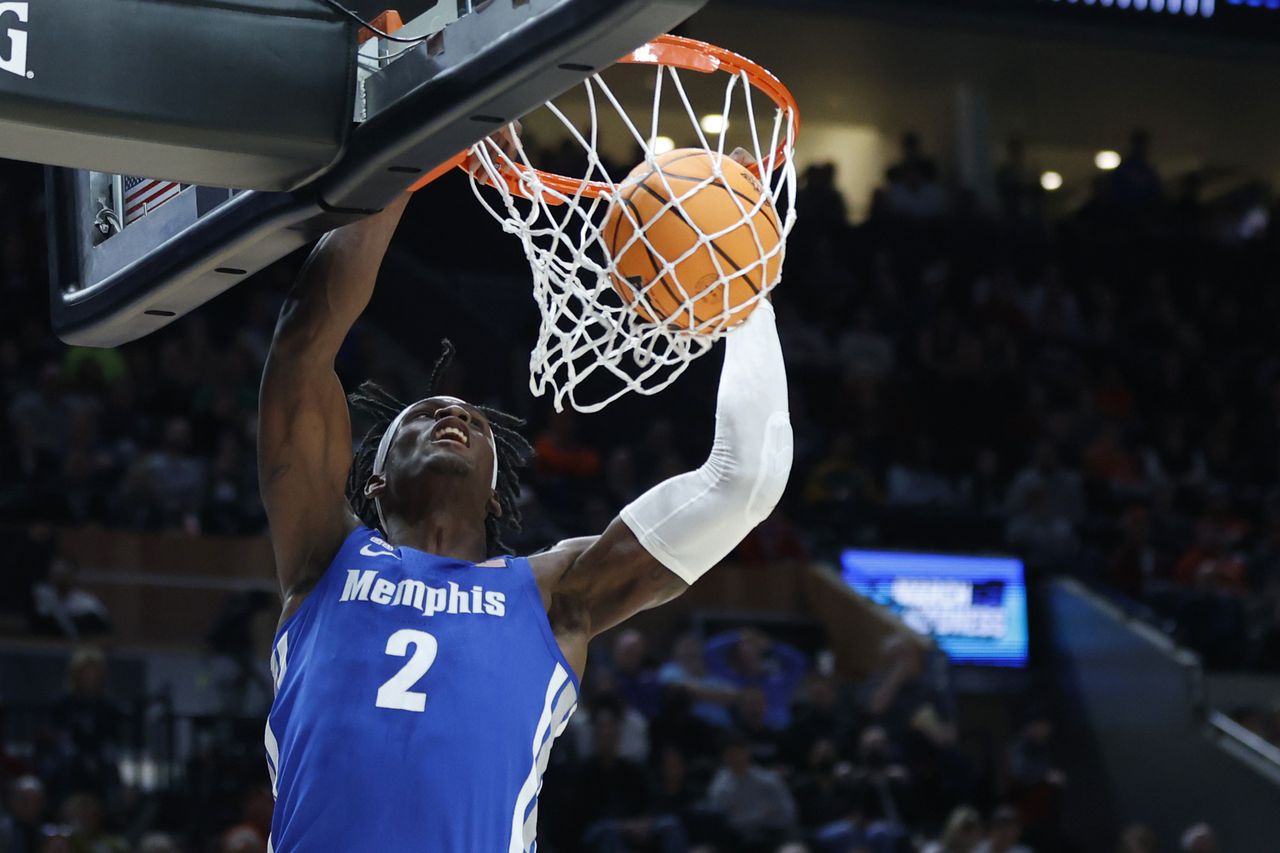 The 6-foot-10 big man is projected by most reputable mock drafts to be selected during the June 23 NBA Draft anywhere from No. 7, where the Blazers pick, to No. 11.

Duren is an ultra-athletic prospect who is projected to become an impact defender in the NBA. However, his offense is very much in the early stages of development. That could be an issue for the Blazers.

Duren said his agent, Chafie Fields, met with the Blazers last month at the NBA combine in Chicago and reported back that the team was interested enough to bring him in for a workout.

The idea of playing for Portland, Duren said, is appealing.

“Of course, they have a Hall of Famer like Damian Lillard, so I would just try to be a piece to what they’re trying to build,” Duren said.

But is he the right piece?

Duren said he would bring youth, energy and hard work to the Blazers. But the youth factor is the one that jumps out. The Blazers are more in need of veteran players, especially at power forward, than they are projects. Duren doesn’t turn 19 until Nov. 18.

The Blazers’ primary goal is to retool the roster quickly around superstar Lillard, who turns 32 this summer. Duren, who said he worked out for Detroit over the weekend, may not be ready to make a major impact until three or four seasons down the road. That could be said for nearly all of the prospects expected to be available at No. 7, including the first two potential lottery picks the Blazers worked out. Dyson Daniels, a 6-foot-8 guard/forward out of Australia and the G League Ignite, worked out for the team on Thursday. Arizona shooting guard Bennedict Mathurin visited Tualatin on Monday.

The bad news is that Duren lacks the offensive abilities of those players and the experience.

Duren averaged 12 points and 8.1 rebounds per game (both led the American Athletic Conference) while shooting 59.7% from the field last season, but he took fewer than 10 shot attempts per game and most of those were near the basket. In fact, he took just one three-point shot all season and missed it.

The Blazers plan to re-sign center Jusuf Nurkic, an unrestricted free agent this summer. So, Duren, should he earn a starting job, would have to play the power forward position. Adding a player there who can’t shoot the three would clearly hurt the Blazers’ offense. Robert Covington shot 36.5% on threes at the power forward position over two seasons before being traded to the LA Clippers.

Portland ideally wants a power forward who would be a threat on offense. This is why many believe the Blazers hope to trade the No. 7 pick for a veteran ready to contribute major minutes right away. But if they can’t find such a player, Portland general manager Joe Cronin will use the No. 7 pick and Duren is clearly on his radar.

Maybe the Blazers will roll the dice on Duren and use him as a backup center until his offense develops. Duren said he believes he is far from a finished product offensively.

Near the tail end of Duren’s workout, he could be seen shooting threes and he nailed a few from the right corner.

According to Duren, he didn’t shoot a lot from outside because Memphis had a lot of good shooters.

“I’m big on playing a role and doing whatever we need to do to win,” he said. “So, if we’ve got three or four shooters, I’m going to just go rebound, go play D and do what I have to do to make the team win. I’m not in there trying to force shots, or force points, or anything. I just let everything come to me.”

Now, he is focusing on refining his outside shooting to become more of a threat when he is called upon to help stretch defenses.

“It’s something I definitely can do,” Duren said. “Definitely been working on it a lot. I’m capable of it. But like I said, I’m gonna keep developing it and keep expanding my game.”

Duren said he is OK with playing center or power forward and believes he could provide athleticism and rip protection right away. He blocked 2.1 shots per game for the Tigers.

Another consideration is whether the 18-year-old will be ready to handle the rigors of an NBA season while playing for a team with playoff aspirations.

“I wouldn’t have made this jump if I didn’t feel I was ready mentally, physically or skill-wise,” Duren said. “I love to be challenged. … I’m not trying to come in and take over. All of that comes with growth.”

Blazers fans should know that one of Duren’s mentors is former Trail Blazers forward Rasheed Wallace, now an assistant coach with Memphis. Duren said Wallace has done a lot to help him prepare for the next step in his career.

“Coach Sheed is definitely like a mentor towards me,” Duren said. “Being from the same city. Coming in, him being one of the most skilled bigs that played the game. Just showing me a lot, teaching me a lot, giving me a lot of advice. He did a lot for me so my time with Sheed was been great. He still to this day is one of my greatest mentors.” 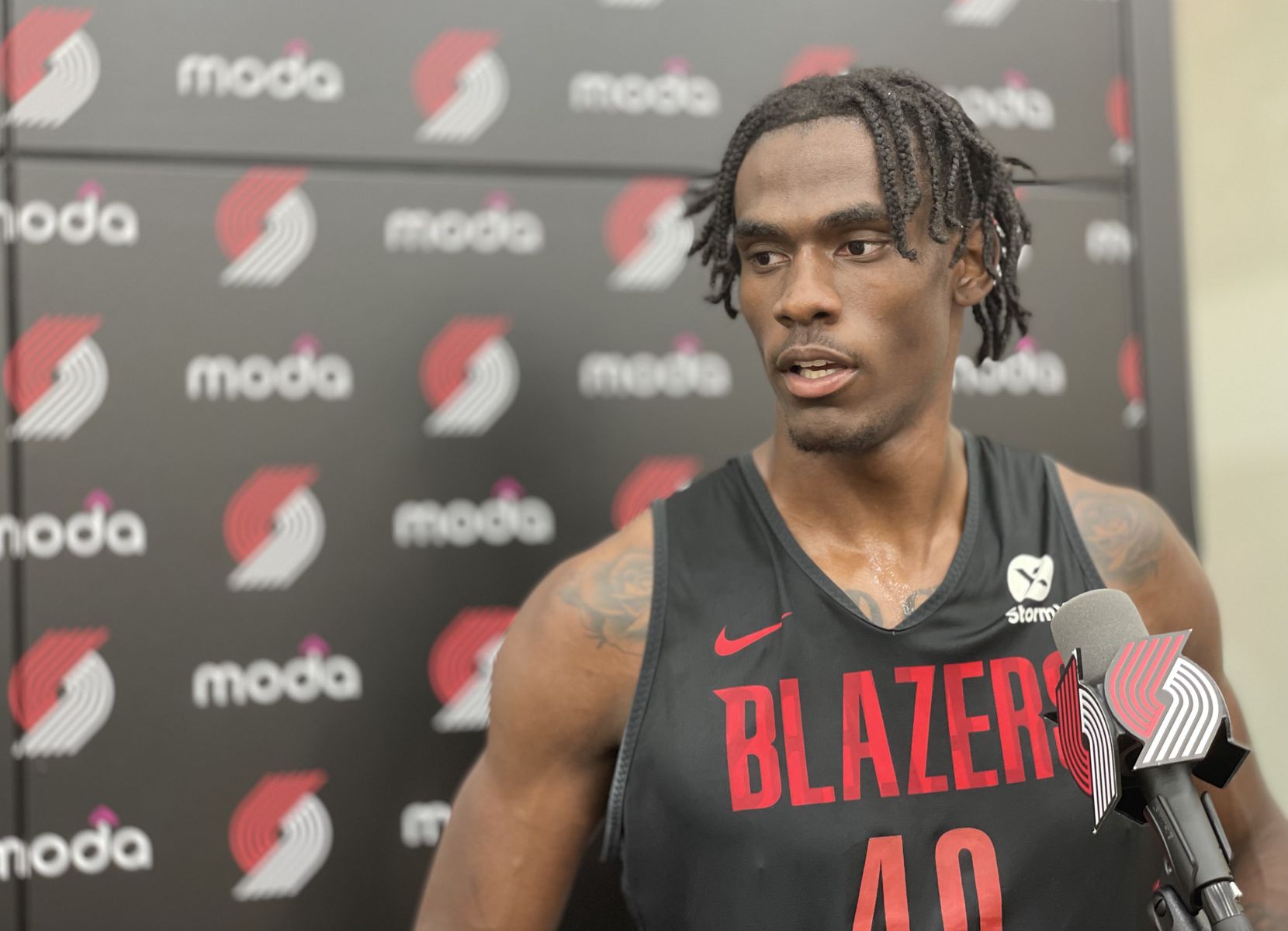