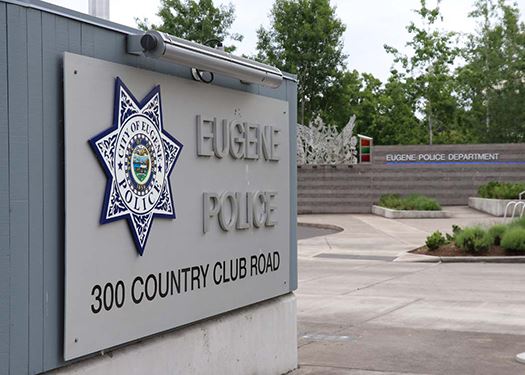 A prolific burglar, who victimized several Eugene businesses during the height of the pandemic, has been sentenced after a year of meticulous work by investigators. Thomas Dale Young, 40, from Independence, Oregon, pled guilty to 19 Burglary counts (from 15 different burglaries, 12 of which were Eugene Police cases) and was sentenced to 15 years in prison.

Young has an extensive history of property crimes and previously spent 10 years in prison from 2010 to 2020.  Once out, when he stopped in Eugene, he broke into several businesses and he continued to victimize additional businesses in the community. Young was arrested in Eugene after he broke into at least five different restaurants on September 22, 2021.  This was during a time when many small businesses were struggling through the pandemic.  An EPD officer located him just after he left Ta-Ra-Rin and Papa Murphy’s Pizza and she took him into custody. The case was turned over to EPD Property Crimes Unit detectives and they found additional burglaries associated with Young. During the investigation, detectives found he was involved in burglaries across the state, from Medford to Umatilla.

During the investigation, before it was wrapped up, Young got out of jail after he received a bail reduction. He promptly started committing more burglaries and stole the safe from the Cornbread Café on October 25, 2021. He burglarized several more businesses but was taken into custody in Corvallis for a case there and held in Benton County Jail. He again posted bail, but before he got out EPD detectives were  able to intervene and transport him back to Lane County for the Cornbread Café case. He has remained in jail since that time.