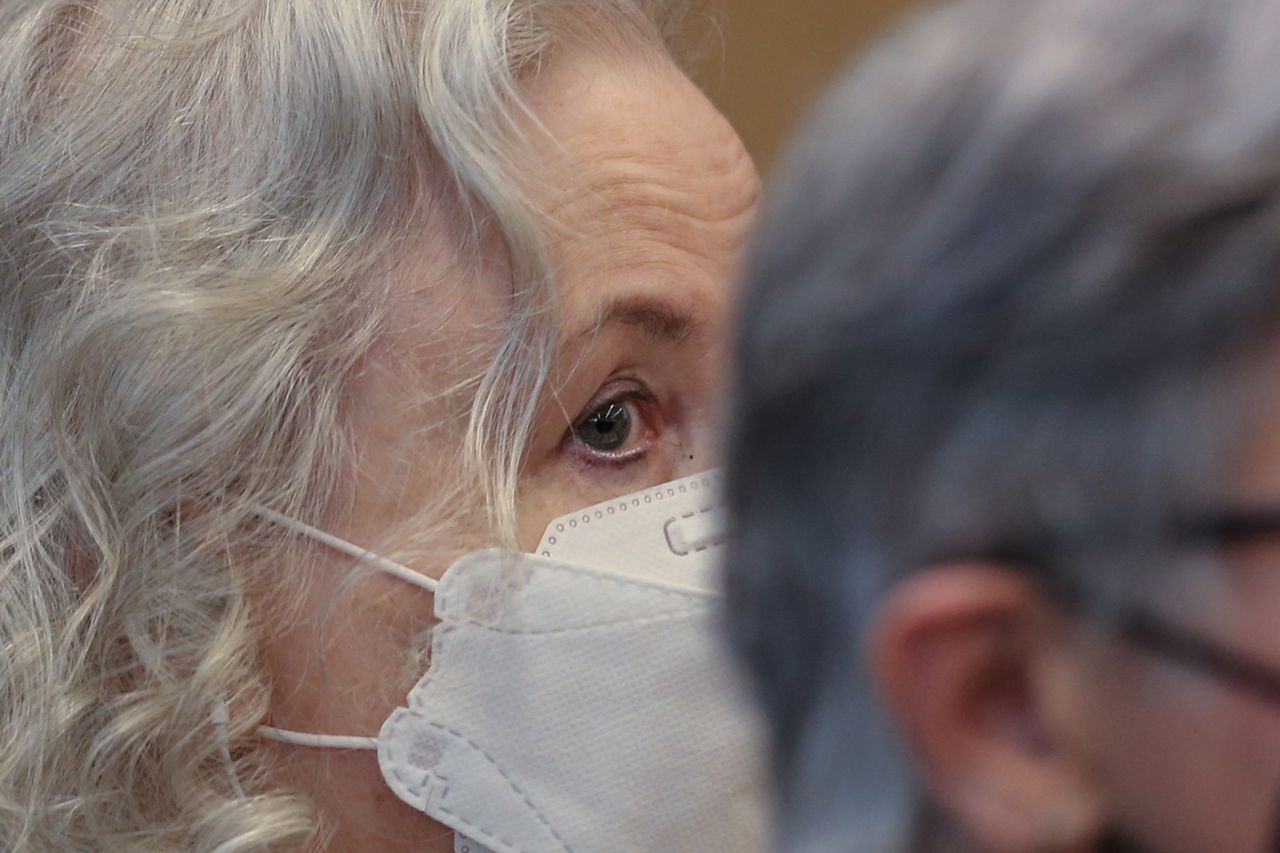 The writer’s scheme called for a perfect crime. Then it crumbled.

For all her inventions on the page, Nancy Crampton Brophy’s plot to murder her husband unravelled almost immediately, after police quickly obtained surveillance camera footage showing the romance novelist at the scene of the fatal shooting on June 2, 2018.

The now 71-year-old was arrested a few months later on Sept. 5, but criminal proceedings ground to a halt during a two-year pause, as no murder trials were held before a jury in Multnomah County Circuit Court during the pandemic.

Crampton Brophy’s attorneys sought another one-year delay as recently as February, but Judge Christopher Ramras denied the motion, setting the stage for a legal battle that began April 4.

The jurors declined to comment while leaving the downtown courthouse after the verdict.

The televised trial became the most closely watched legal proceedings since Jeremy Christian was convicted in late 2020 of killing two men and wounding a third during a 2017 rampage on a MAX train.

Hanging over the trial was Crampton Brophy’s now infamous online essay, “How to Murder Your Husband,” which recommending gunning down a spouse over various other modes of murder, such as poison or hit men.

“If you heard that in a book, you wouldn’t believe it,” local crime novelist Brandy Garrett said. “You would assume someone was purposely setting her up.”

But unlike in fiction, Crampton Brophy was found guilty beyond a reasonable doubt.

Legal experts and her fellow suspense writers say Crampton Brophy was undone by a set of circumstantial evidence too weighty to ignore, including digital footprints that linked her to the exact make and model of pistol used in the fatal shooting.

“She had a few twists and turns, like the idea of changing up the gun barrel. But she bought everything in a way that was traceable back to her,” Portland author April Henry said.

The counterfactual floated by her defense attorneys — that Brophy was murdered during a robbery gone wrong, while Crampton Brophy was coincidentally in the area to work on her writing — never passed the smell test, said Henry, who has published 27 crime novels.

After all, Crampton Brophy stood to gain at least $815,000 from her husband’s life insurance policies.

“It just seems so much more likely it’s going to be someone who stands to benefit from his death,” Henry said. “She tried to be a clever mastermind, but she didn’t do a very good job.”

Unlike fictionalized whodunits that keep the reader guessing, investigators zeroed in on Crampton Brophy as a potential suspect on the day of her husband’s death, as police had already spotted her van on videos from nearby businesses and a MAX light rail platform.

At trial, Crampton Brophy admitted she was near the culinary school at the time of the shooting but said she never told police about the trip because shock-induced retrograde amnesia erased her memories of it.

Her decision to testify transformed Crampton Brophy from the defendant to a witness whose character and credibility could be scrutinized, noted Lewis & Clark Law School professor Tung Yin.

Defense attorneys typically try to prepare their clients for a prosecutor’s probing questions by staging mock cross-examinations, Yin said, but they may be unwilling to truly push their clients. Crampton Brophy’s presence on the stand limited her defense team’s ability to inject doubt into the state’s narrative, he added.

“The defense doesn’t have to prove what happened. All you have to do is raise a reasonable doubt about the prosecution’s version of the story,” Yin said. “But once the person takes the stand, they basically get pinned down to one story.”

Crampton Brophy frequently improvised while on the stand, Multnomah County Senior Deputy District Attorney Shawn Overstreet said, highlighting that she invented a trip to Starbucks to explain her first trip to the culinary school, despite also saying she couldn’t remember key facts about the morning her husband was murdered.

“When a defendant chooses to testify, it’s always a risk,” Overstreet said in a statement. “In Mrs. Brophy’s case, she could not help but incriminate herself.”

While the trial riveted an audience of 10,000 viewers at times on livestreams, for those closest to Brophy, it remained too hard to watch.

Crampton Brophy’s decision to take the stand brought up hard memories of her deception, which blindsided former Oregon Culinary Institute President Eric Stromquist until the day of her arrest.

During a candlelight vigil two days after Brophy’s death, Crampton Brophy even confronted the school’s leaders, blaming them for the lack of security cameras inside the building, Stromquist recalled.

“Thinking back on that, it really makes me livid,” he said.

Stromquist met Brophy in the late ‘70s, when the two were cracking jokes while working at Jake’s Famous Crawfish in downtown Portland. Brophy, then a line cook, eventually moved to Denver to work at another McCormick & Schmick’s restaurant, but the two crossed paths again after both taking jobs here at Western Culinary Institute.

“He was literally a walking encyclopedia, a master gardener and mycologist and marine biologist, and just an incredible fountain of information about food,” Stromquist said. “Really the only man I’ve ever met that has a dryer sense of humor than I have.”

Brophy ended up in hot water with Western Culinary, leading to his dismissal from the school in 2004 or 2005, though the reason why was never specified in court.

After 10 years at Western Culinary, Stromquist split off from the school, co-founding the Oregon Culinary Institute in Southwest Portland in 2005. Brophy was one of his first hires.

Paul Folkestad, another chef instructor at Western Culinary, said Brophy’s gruff exterior alienated some students, while others cherished him.

“Those who benefited from his vast knowledge will tell you how interesting, thoughtful and funny he was, and how he inspired them in their culinary careers,” Folkestad said in an email. “The Portland culinary community misses him greatly.”

With the trial over, Brophy’s friends and relatives are hoping the next chapter will be one of healing.

Brophy’s mother, Karen, hugged prosecutors and told reporters she was “thrilled” with the verdict after exiting the packed gallery.

Nathaniel Stillwater, Brophy’s son from a previous marriage, said the appeal was not unexpected and largely pro-forma. Another defense attorney, Kristen Winemiller, told the jury as much during her closing argument last week.

“You are held in such high regard, and rightfully so, that the appellate court won’t ever second guess the decision that you make,” she told the jury. “That means that there isn’t a safety net for your decision.”

Crampton Brophy will remain in custody until sentencing June 13. The presumptive punishment for second-degree murder is life in prison with a minimum of 25 years behind bars. 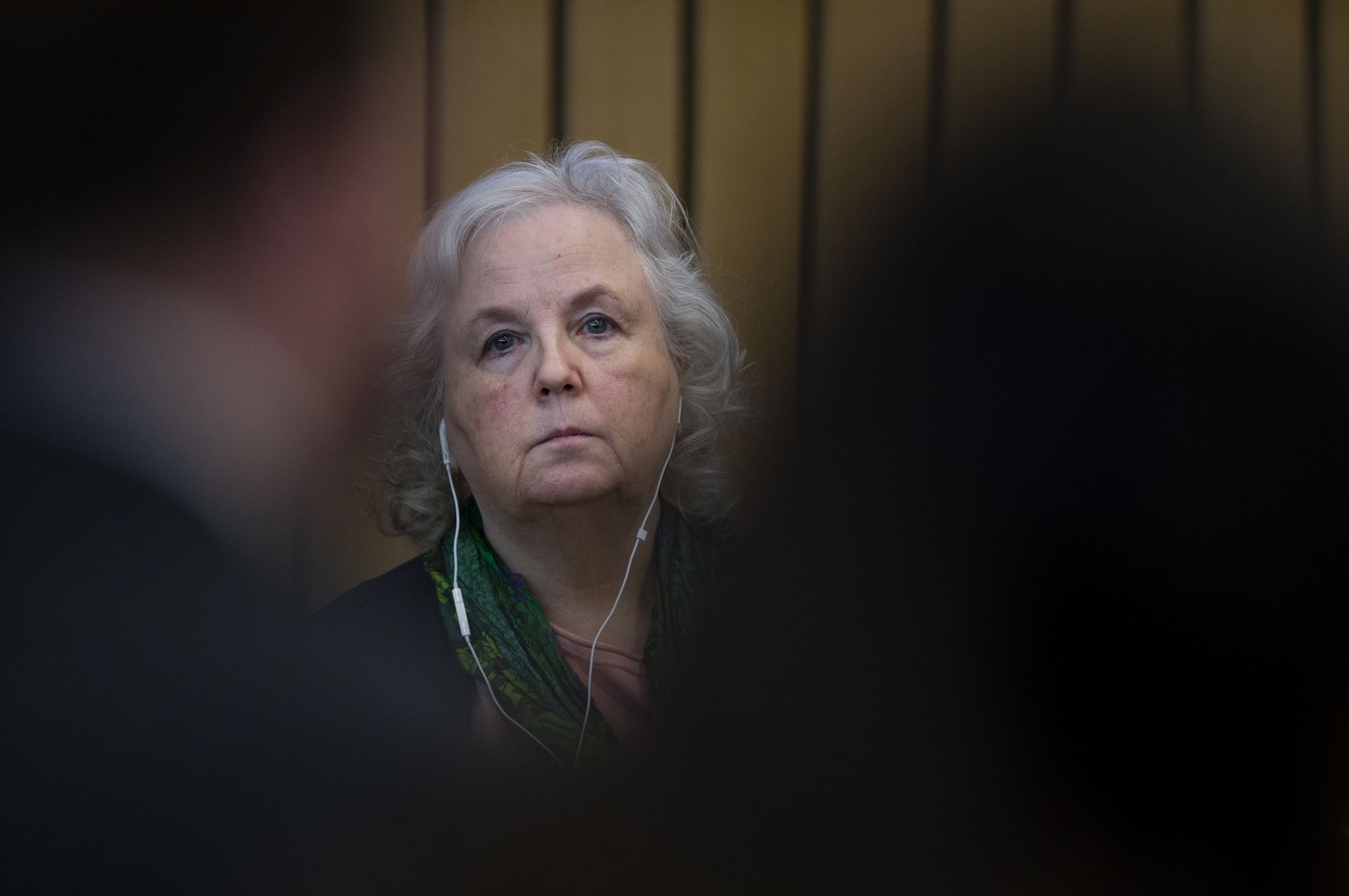