Deputies responded to the area of Territorial Hwy. and Demming Rd. last night at about 11:30pm after receiving the report of a motorcycle vs. passenger vehicle traffic crash.  Initial reports indicated that a motorcycle passed a vehicle at a high rate of speed before colliding with a second vehicle that was making a turn. The motorcyclist was found to be unresponsive and not breathing following the impact.  Upon arrival, responding paramedics determined the motorcyclist to be deceased.

Investigation revealed that a 1998 Kawasaki motorcycle had been southbound on Territorial Hwy. when it struck the rear passenger quarter-panel of a northbound Honda CRV that was turning westbound onto Demming Rd. The motorcycle did not appear to have a functioning headlight prior to the impact.

Speed, alcohol, and defective lighting are all being investigated as factors contributing to the crash.  The driver of the CRV is cooperating with the investigation.

The names of the involved are being withheld at this time.

74 year old Harry McIntire was located deceased at Cottage Grove Lake this morning.  Deputies were just arriving at the lake to resume the search for him when he was spotted in the water by a family member.  McIntire’s body has been transferred to the custody of the Lane County Medical Examiner’s Office.

Yesterday afternoon at about 3:55pm, the Lane County Sheriff’s Office received a call that a swimmer at Fern Ridge Reservoir had gone underwater and not resurfaced.  The swimmer was last seen about 30 feet off of the bank at the Richardson Park day-use swimming area.  Deputies were on scene within about 15 minutes.

Divers from the Lane County Sheriff volunteer dive team also responded and began searching the area in the water where the victim had last been seen.  The victim was located deceased under the surface of the water just prior to 7:00pm. He was not wearing a life jacket.

The identity of the victim, a 17 year old male, is being withheld at this time.

Last night just prior to 9:00pm, Lane County Sheriff’s deputies responded to McGowan Creek Rd. after learning that someone had been shot while driving in the area.  The victim of the shooting, a 29 year old male, advised that he and his vehicle were shot multiple times by birdshot from a shotgun while driving on McGowan Creek Rd. Despite numerous injuries from being shot, including to his face, the victim was able to flee and drive himself to responding paramedics.  He was transported to an area hospital and he is expected to survive.

Deputies searching the area where the shooting occurred located a male walking along McGowan Creek Rd. near milepost 7.5.  The male had been carrying a gas can and claimed that his vehicle ran out of gas.  He was identified as 31 year old Cody Michael Hays.  Hays denied involvement in the shooting or having possession of a shotgun.  Deputies located Hays’ vehicle a short distance away.  There was a shotgun in plain sight inside the vehicle.  Hays provided little further statement.

Deputies applied for and were granted a search warrants for Hays’ vehicle.  Upon service of the warrant, they recovered the shotgun and discovered that it was confirmed as stolen.  Birdshot shells similar to those used in the shooting were also recovered.

Hays was taken into custody and lodged at the Lane County Jail.  As of this writing he remains in custody on charges including Assault in the First Degree and Unlawful Use of a Weapon.

This case remains under investigation.  Anyone with any information is asked to contact Lane County Sheriff’s Office detectives at 541-682-4150 opt. 1.  Please reference case LCSO Case #22-4250. 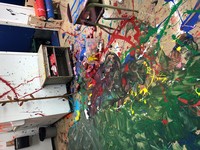 On July 28 just prior to 3:00am, security video captured two unknown suspects burglarizing Creslane Elementary School in Creswell. The suspects both appear to be white juvenile males.

The first suspect is seen wearing a dark color hooded sweatshirt with dark color pants and dark colored tennis shoes.  He is also wearing what appears to be a camo backpack.

While in the school, the suspects stole ice cream and found paint supplies in a classroom.  They poured paint all over the floor, walls, and other classroom items. Cost to repair/replace the damaged items is likely to exceed $1,500.

The suspects appear to have gotten paint on their clothing and shoes while committing the vandalism.

Anyone with information regarding the identities or whereabouts of the suspects is asked to call the Lane County Sheriff’s Office at 541-682-4150 opt 1.  Please reference Case #22-4136.

Please join us tomorrow night for National Night Out 2022!  The Lane County Sheriff’s Office is excited to participate in this event that celebrates the partnership between Law Enforcement and the communities that they serve.  National Night Out takes place on the 1st Tuesday of every August.

Events are being hosted in both Veneta and Creswell. Between the two locations, planned activities to explore include dunk tanks, K9 teams, Patrol Vehicles, Marine Patrol equipment, Dune Patrol equipment, Firefighters and equipment. Free hotdogs will also be served at both events!

The proper spelling of the suspect’s last name should be ‘Lavoie’.

Lane County Sheriff’s Office detectives recently received information from the Internet Crimes Against Children Task Force that 29 year old Ryan Scott Lovoie had been uploading child pornography to the internet. LCSO detectives applied for and were granted a warrant to search Lovoie’s residence in the 3500blk of Archwood St. in Eugene and his vehicle for evidence related to the child sex crimes.

Shortly after 6:30am yesterday, Lovoie was observed leaving his residence in a vehicle.  Deputies initiated a traffic stop and he was detained without incident. The search warrant was executed and additional evidence of internet child sex crimes was discovered.  It was discovered that Lovoie had been messaging online with multiple underage girls as recent as last night.  Lovoie was discovered to have been using a messaging application named ‘Kik’ for some of these activities.

On 07/21/2022, Deputies were dispatched to a residence near Coburg Road in Eugene for a burglary. The victim had returned home, after placing her mother on hospice, and discovered her front door shattered and her home burglarized. The victim had substantial jewelry stolen to include family heirlooms and jewelry from her travels around the world. The majority of the burglary was recorded on the victim’s Ring Camera. A Springfield Police Dispatcher spent a considerable amount of time and was able to identify the male suspect, via security camera footage, as Jason Matthew Bowen of Eugene.

Deputies located Bowen and performed a traffic stop on his vehicle. Shortly after he was taken into custody, deputies learned of two more residential burglaries that were reported in the Lorane Highway area of Eugene. Some of these victims included visitors in town for the World Games. Bowen was identified as the suspect in both of these Burglaries as well.

A search warrant was conducted at a residence in Eugene where Bowen stays.  This resulted in significant jewelry being recovered along with personal property from all three residential burglaries. Bowen was lodged at the Lane County Jail on a list of crimes to include three counts of Burglary in the First Degree, Criminal Mischief in the First Degree, Identity Theft and Possession of Burglary Tools.  Bowen remains in custody as of this writing. 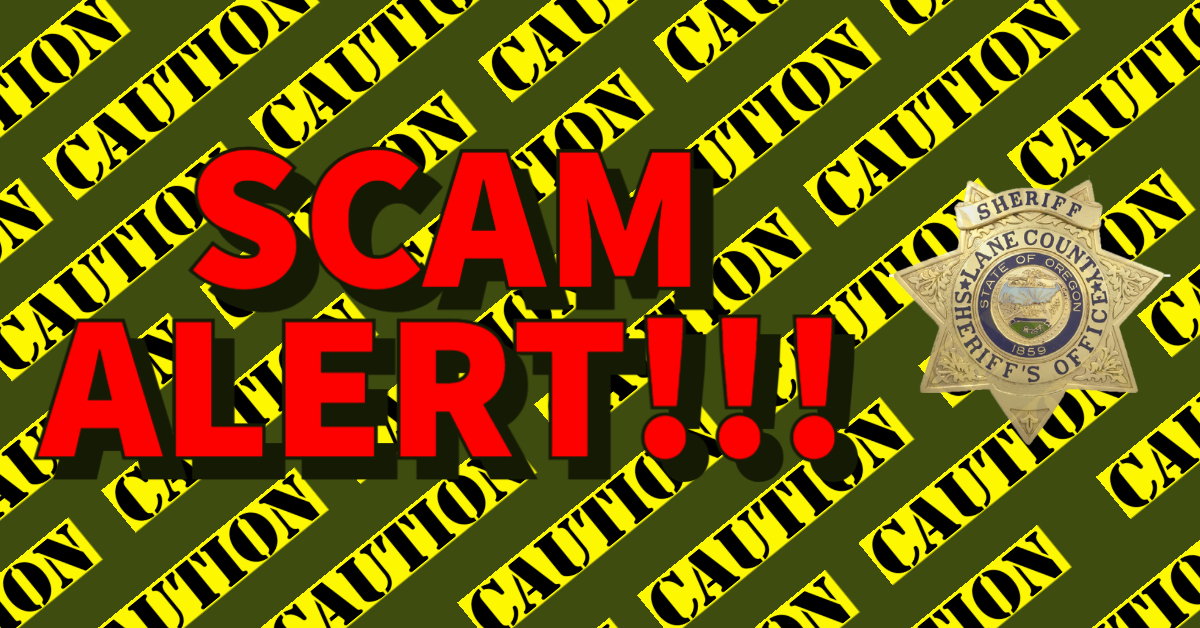