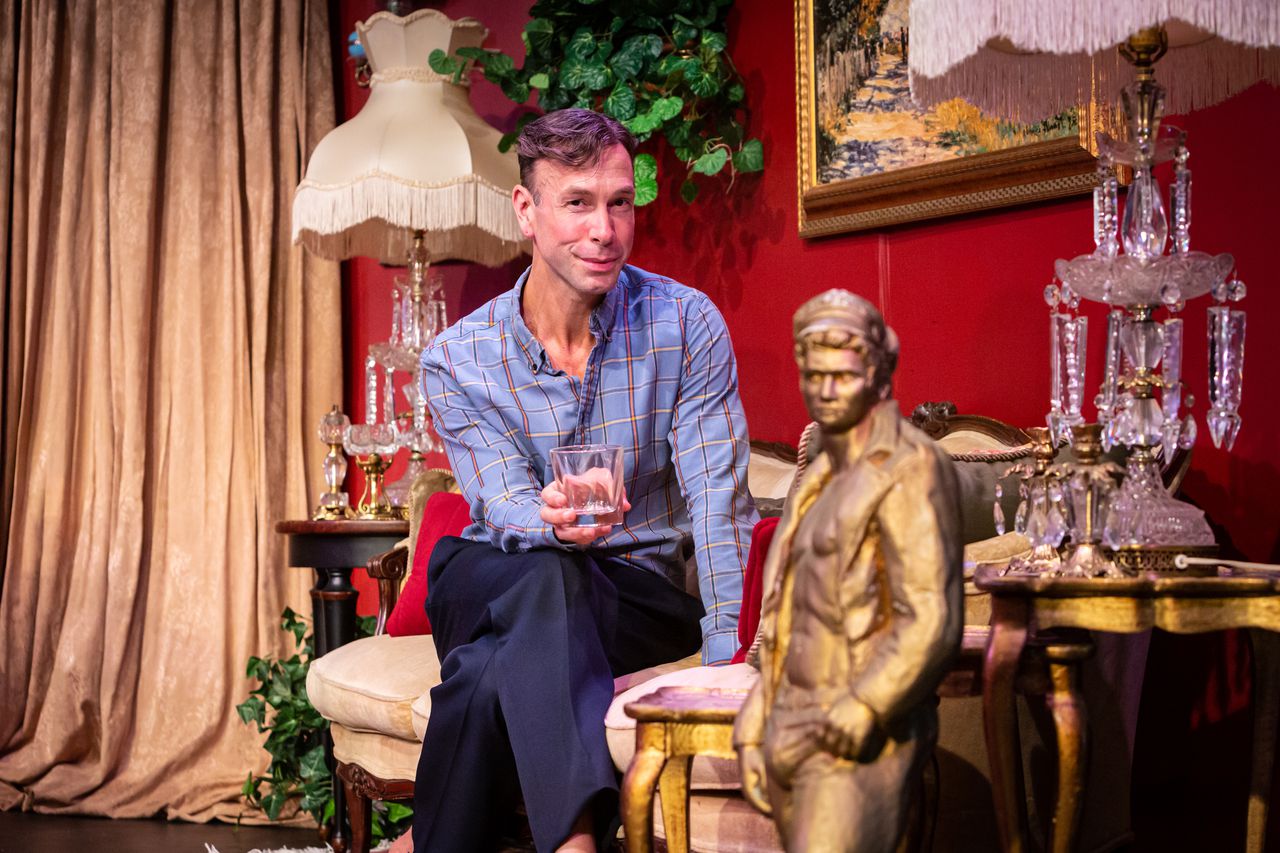 Summer doesn’t necessarily mean fewer live theater options – you just have to know where to look. In addition to highlighting the top picks in the Portland area, we’ve widened our reach to Ashland and the Oregon Shakespeare Festival. (It’s a strong season defined by fantastical musicals and tempestuous tyrants.) We also dish up the latest on Portland’s Shakespeare-in-the-parks scene.

For indoor shows, remember some venues require proof of vaccination and/or masks. And if you’re heading to outdoor productions, pack both sunscreen and your umbrella — because — Oregon.

Before jumping into the Broadway cast of “Wicked,” and hitting the road for national tours of “Jersey Boys,” “Priscilla, Queen of the Desert,” and most recently, “My Fair Lady,” actor Wade McCollum was sharpening his star qualities at Triangle Productions. From 1998 through the early 2000s, he starred in “Blood Brothers,” “Hedwig and the Angry Inch” (plus several revivals), and “The Rocky Horror Show” for the Portland LGBTQ-identified theater.

There may need to be a primary runoff against “Showgirls: The Musical” (performed at the Hollywood Theatre in 2014), but “Cats” gets my vote as the Worst Musical I’ve Ever Seen.

That doesn’t mean YOU shouldn’t see it!

A live hate-watch if there ever was one, Andrew Lloyd Webber’s hairball-brained 1980s blockbuster is something to catch if all good streaming shows have run dry, if you like the song “Memory,” or if you’re a Furry. Also, if you’ve had a terrible day and need something to divert your senses, then toss yourself into this swirling two-and-a-half-feels-like-five-hour abyss of nonsensical storytelling, histrionic caterwauling, and jittery anthropomorphic gyrations. Go and make a memory. Because, like or it not, you’ll never forget seeing “Cats.”

The 2022 Original Practice Shakespeare Fest launches June 21 with an adult-skewing version of “A Midsommer Nights Dreame,” 9 p.m. at the summit of Mount Tabor. Then the company’s more family-friendly shows begin with “As You Like It,” 7 p.m. June 25 at Lents Park. The festival winds through parks in Portland and Beaverton, ending in late August, back at the Mount Tabor Amphitheatre with “Romeo and Juliet,” “A Midsommer Night’s Dreame,” and “Richard III.” Like troupes in the Elizabethan Era, these actors rely less on studied rehearsals and more on instinct – and a few script prompts – for dynamic, sometimes spontaneous interpretations of The Bard.

Everyone’s favorite 8-year-old existentialists pine over life’s meanings to a bouncy, smooth jazz, often-quite-funky score. With skits based on the classic comic strip by Charles M. Schultz, and presented in the company’s intimate New Stage Auditorium, this revue-style show promises to be as cozy and comforting as Linus’s well-hugged security blanket.

After Portland animation icon Will Vinton died in 2018, his son Jesse continued to sculpt and shape the fairytale musical his father crafted for the stage. A draft of “The Kiss” premiered at Lakewood Theatre in 2014, and the revised version also opens at the Lake Oswego venue, eight years later. A creative leap off the Brothers’ Grimm fable “The Frog Prince,” the imaginative, all-ages extravaganza fuses Vinton’s signature wit and playful designs with hit songwriter David Pomeranz’s transformative score.

The road to “Hadestown” was paved with a good folk and jazz concept album, which was workshopped into a great sung-through Broadway musical. Populated with gods, nymphs and three nosy Fates, the 2019 Tony Award winner for Best Musical resets the tragedy of Orpheus and Eurydice into a vaguely Prohibition-era setting on Earth. (Think Mardi Gras-meets-ancient Greece.) Not up on your Greek mythology? Well, then just go for the hell of it.

A multiverse of mother-daughter issues is explored in “Lumen Odyssey,” a late summer trek into speculative fiction. Written by Imago Theatre founders Jerry Mouawad and Carol Triffle, the spacy, world premiere play orbits around an Earth-bound daughter who teams up with her planet-hopping mom to explore the cosmos – and rediscover familial bonds. Wild? Weird? Sure. This gal-pal “Guardians of the Galaxy” also sounds more joyously original than anything Marvel burps up for the big screen this summer.

Summer is also road trip season for theater lovers. Before heading to Ashland for the Oregon Shakespeare Festival, check out OSF’s new tiered ticket pricing, designed to make more shows affordable. (Which could help offset the cost of gas to get to these destination productions.)

Meanwhile, throughout the season, the Green Show outdoor entertainment series features a variety of acts performing on the plaza between the Allen Elizabethan and Angus Bowmer theaters. (6:45 p.m., Wednesdays through Saturdays, through Oct. 1; free.) Highlights for June include a peek at “Suenos,” a new Latine-Latinx musical (June 17); cellist Daniel Sperry, accompanied by giant bubbles from Bubble Trouble (June 18); and Celtic folk rockers, Tempest (June 22).

What’s going on with Portland’s longest-running outdoor Shakespeare troupe, Portland Actors Ensemble? The company, which has been producing works of The Bard in parks around the city since 1970, has been on an artistic hiatus since last summer, and doesn’t appear to be returning now.

The group’s website is down; social media has gone dark; and neither Isabella Buckner nor Gary Strong, the company’s co-artistic directors, responded to our requests for more information.

— Lee Williams, for The Oregonian/OregonLive 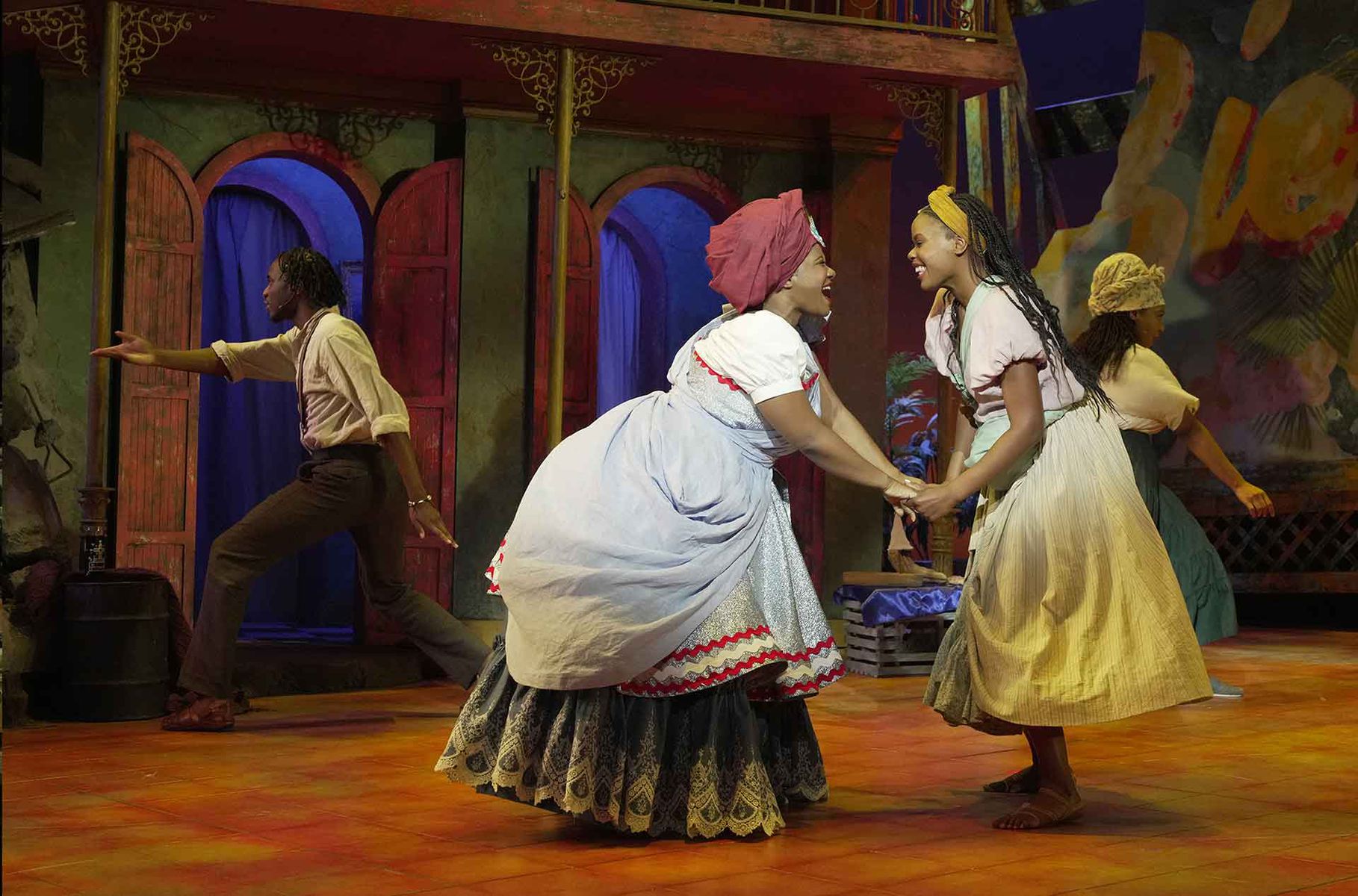