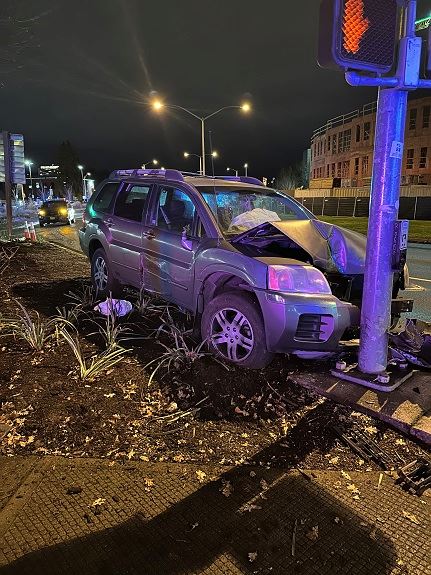 At 3:33 p.m. on January 2, Eugene Police responded to a single-vehicle crash at an off-ramp from Ferry Street Bridge. A Eugene woman later identified as Cassandra Lee Foster, age 44, lost control of her vehicle and collided with signs, bushes and a utility pole. Two child passengers were injured in the crash and taken a local hospital with non-life threatening injuries.