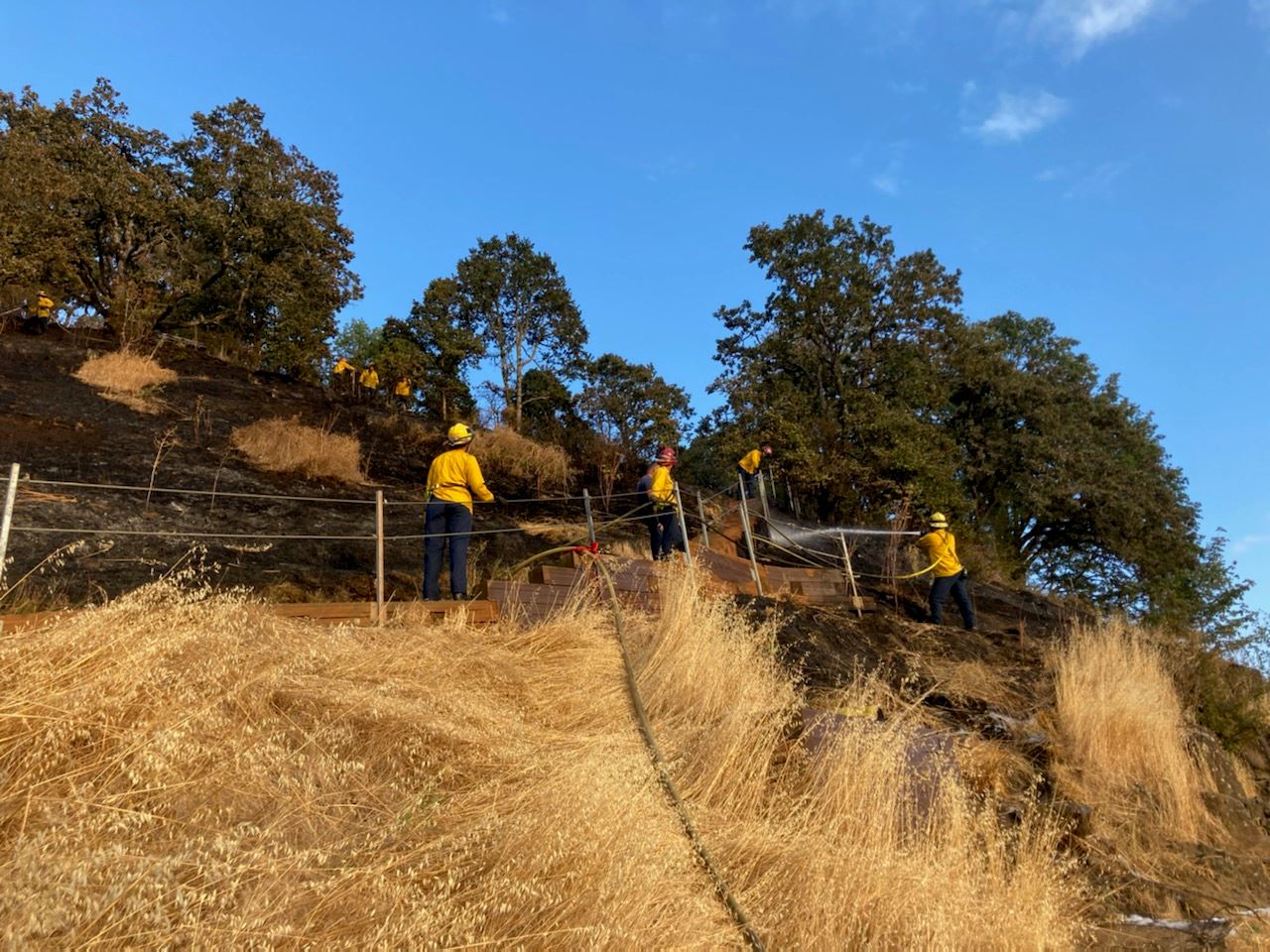 At 5:07 p.m. on September 12, Eugene Police patrol units were dispatched by Central Lane 911 to the top of Skinner’s Butte regarding a woman with a gun. When officers arrived they observed the suspect, later identified as Shelly Ann Reed, age 39, of Eugene, at the top of the columns on the west side of Skinner’s Butte. Reed began screaming as she crouched in the grass.  A few moments later, a brush fire began in the area Reed was last seen. Community members visiting the park were asked to stay away from the incident and traffic was blocked to the top of the butte.

Reed ran from the scene, but an EPD officer located her near 2nd and Lincoln. When he attempted to take Reed into custody she brandished a flashlight-shaped taser at him and sparked it. Another officer arrived to assist and Reed was placed in handcuffs.

While EPD was seeking Reed, Eugene Springfield Fire was addressing the brush fire. Six crews worked to suppress the fire and had it under control in 25 minutes. EPD provided drone support to the incident. The fire burned one (1) acre of grass above the rock column on the butte. No injuries were reported.

Officers searching the top of the Skinner’s Butte columns, where Reed had been, located a black bb gun with a loadable magazine and a butane torch. Charges for Reed include Arson in the First Degree and Disorderly Conduct in the Second Degree.