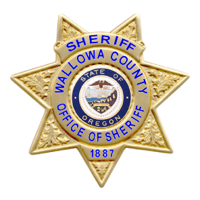 HELLS CANYON OVERLOOK — A 64-year-old Hermiston man was stabbed to death Friday, July 8, at the Hells Canyon Overlook in southeastern Wallowa County according to a press release from the Wallowa County Sheriff’s Office.

Dan Ridling got into an altercation with an Albany man and was stabbed in the torso, Sheriff Joel Fish said July 11. He died at the scene.

“They got in an altercation in the parking lot,” Fish said. “It was a fight between two guys, and he ended up stabbed.”

He said the weapon used was a fixed-blade sheathed knife similar to a hunting knife.

The 911 call requesting medical assistance was made at 11:36 a.m. Oregon State Police Major Crimes Unit responded to a request to assist with the investigation, the release stated.

The man who is believed to have done the stabbing cooperated with the investigation, Fish said. Law enforcement also interviewed Ridling’s wife.

No charges have yet been filed. Officials are awaiting the results of an autopsy before making any decision on charges.

“Once we get it all done, it’ll go to the grand jury,” Fish said. “He’s not been charged with anything.”

As a result, Fish declined to identify the Albany man.

Fish stated in the release that there are no known threats to the public following the incident.