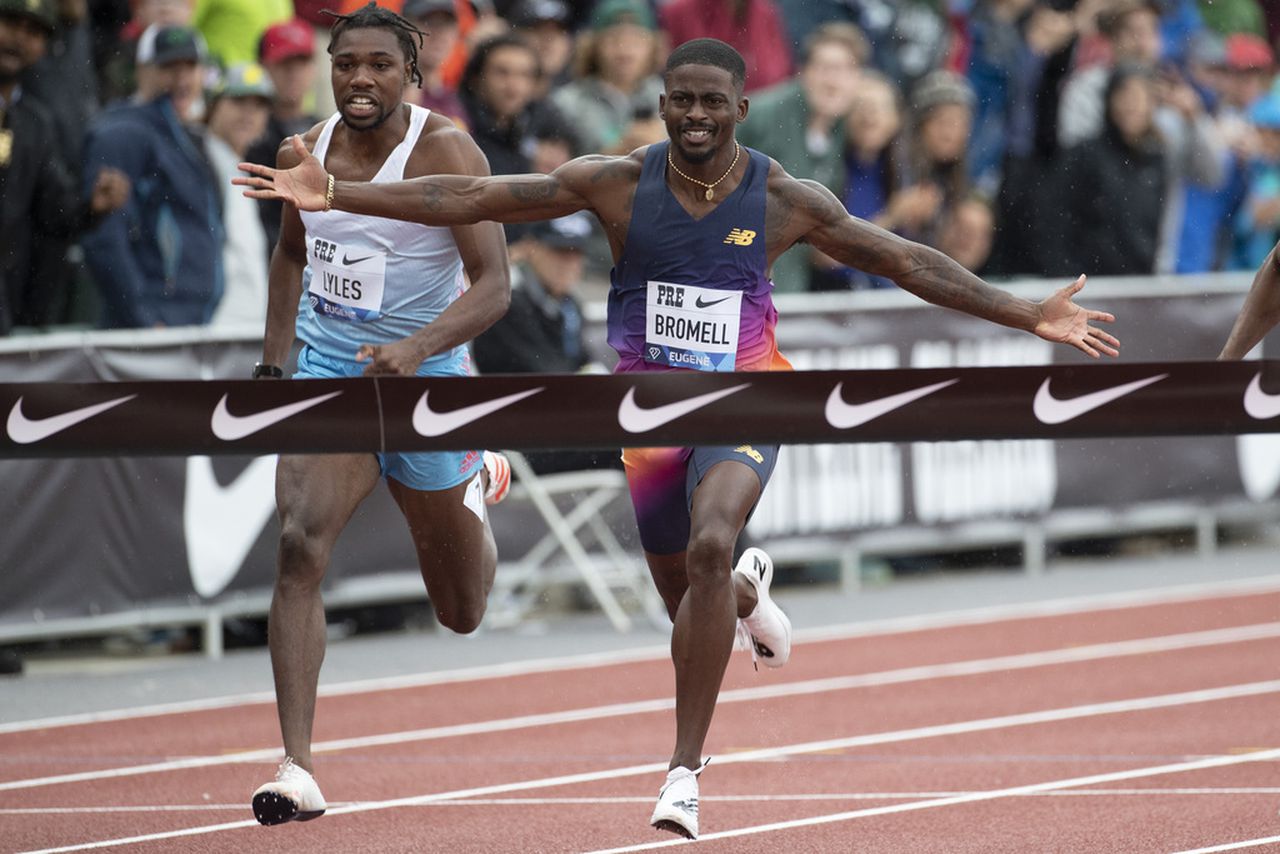 EUGENE — A week after being disqualified in the 100 meters in the Birmingham, England, meet of the Diamond League for a false start, Trayvon Bromell responded by winning the event in a loaded field at the Prefontaine Classic.

“I wish y’all could have seen what I was ready to do in Birmingham, but at the end of the day things happen,” Bromell said. “The things I was doing in warm-ups, I think I would’ve shocked the world, but I can’t do nothing about it. I’ve overcome a lot of things this offseason, I took a lot of things into consideration. I got a psychologist for therapy for my mental state. Right now I’m trying to win everything.

“I was ready to run in Birmingham. People think, ‘he’s nervous’ — man, I was ready. I was really ready to put something down. My whole career has always been, ‘oh he can’t perform overseas.’ Now I just want to show the world that I’m here for a reason.”

It was the second year in a row Bromell won the 100 meters at Hayward Field, doing so at last year’s Olympic trials, and it was another important result in his journey back from a torn Achilles that ended his 2016 Olympics and kept him out of competition for four years.

“This year I’m worrying only about myself,” he said. “I don’t care about what the naysayers say, I focus more on me. … God don’t make no mistakes. I was away for four years and I’m here standing. At the end of the day, I know I’m here for a reason.”

The 2021 Olympic silver medalist, Kerley ran under 10 seconds at Hayward Field for a second straight year.

“Stumbled out of the blocks a little bit,” Kerley said. “My top end carried me to the finish line. I was expecting for me to be in the lead, but the stumble came and then my top end paid off at the end.”

It was the second outdoor event in which Coleman ran the 100 since his return from an 18-month suspension for missed drug testing. It topped his time of 10.09 in Tokyo earlier this month.

“It went pretty well just considering the elements and where I’m at in the season,” Coleman said. “I feel like I wanted to do a little bit better, but it was a good race. I think I can take a lot of things from it, go back, watch the film, clean up a lot and be ready for the next one.”

Bromell said there were technical details he wanted to fix ahead of next month’s USATF Outdoor Championships in Eugene.

“I was happy to come out with the win, but there’s lot of technical stuff that I feel like I messed up on,” he said. “I’m pretty sure I’m already getting messages from my coach of things that we can fix. I’m just happy that I focused a lot this season on my top-end speed, staying calm and composed, running through the — well, I didn’t run through the line today, but being able to run through the line and get on top with the win.” 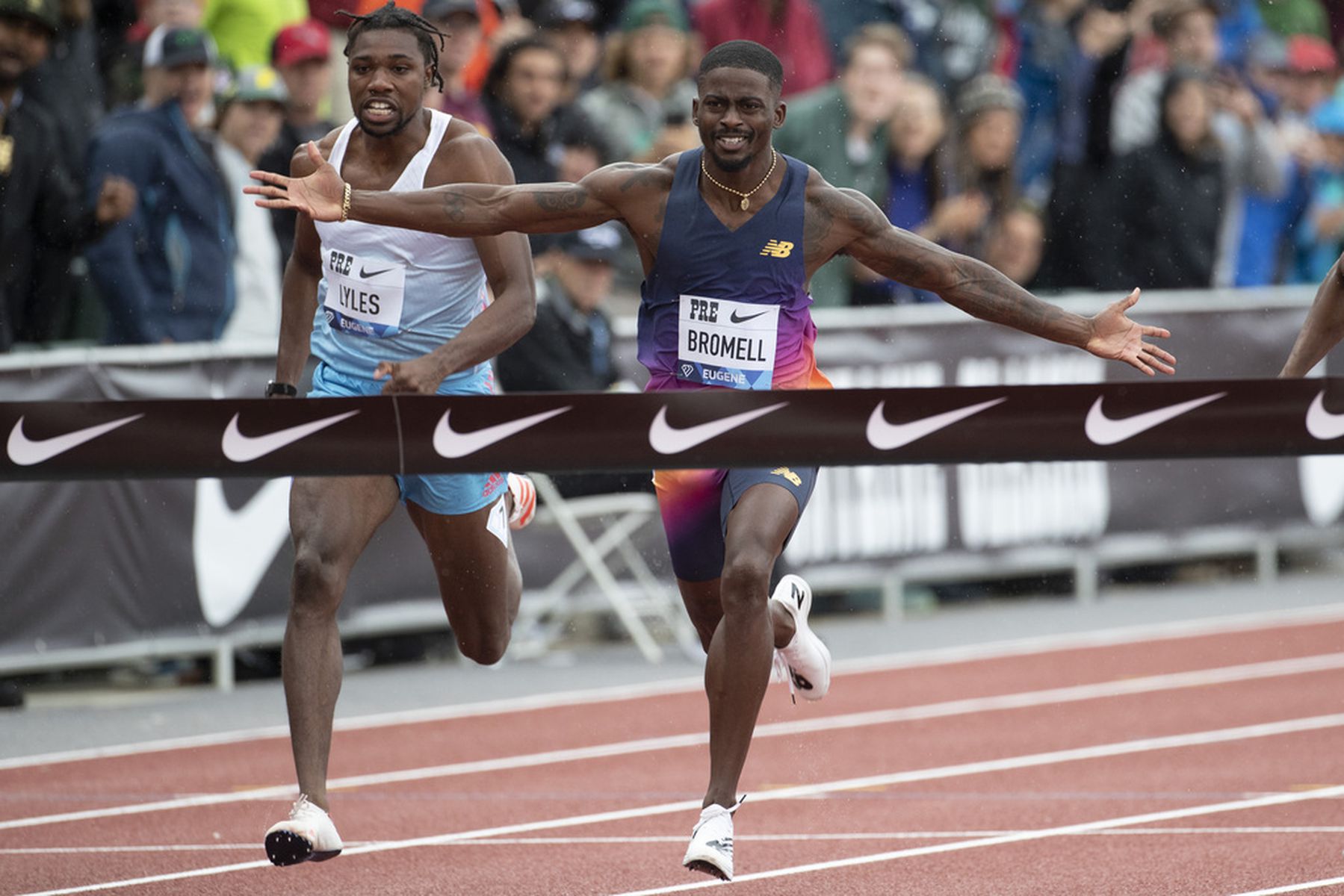