MISSION — As a youth, Matthew Johnson spent his afternoons playing basketball in the Umatilla Indian Reservation gymnasium, a building that also housed the one-room Umatilla Tribal Court, where his dad worked. Today, Johnson walks through the glassy, two-story rotunda of the Nixyaawii Governance Center to get to his office, where he works with his father as the director of one of the leading tribal courts in the United States.

In the 40 years since Johnson’s father helped set up the court system for the Confederated Tribes of the Umatilla Reservation, it has shaken off the constraints of state jurisdiction on its lands and taken on the most comprehensive criminal jurisdiction allowed under federal laws that restrict tribal court activity. 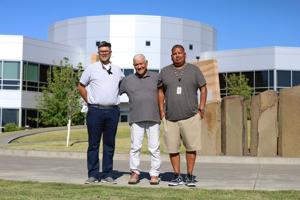