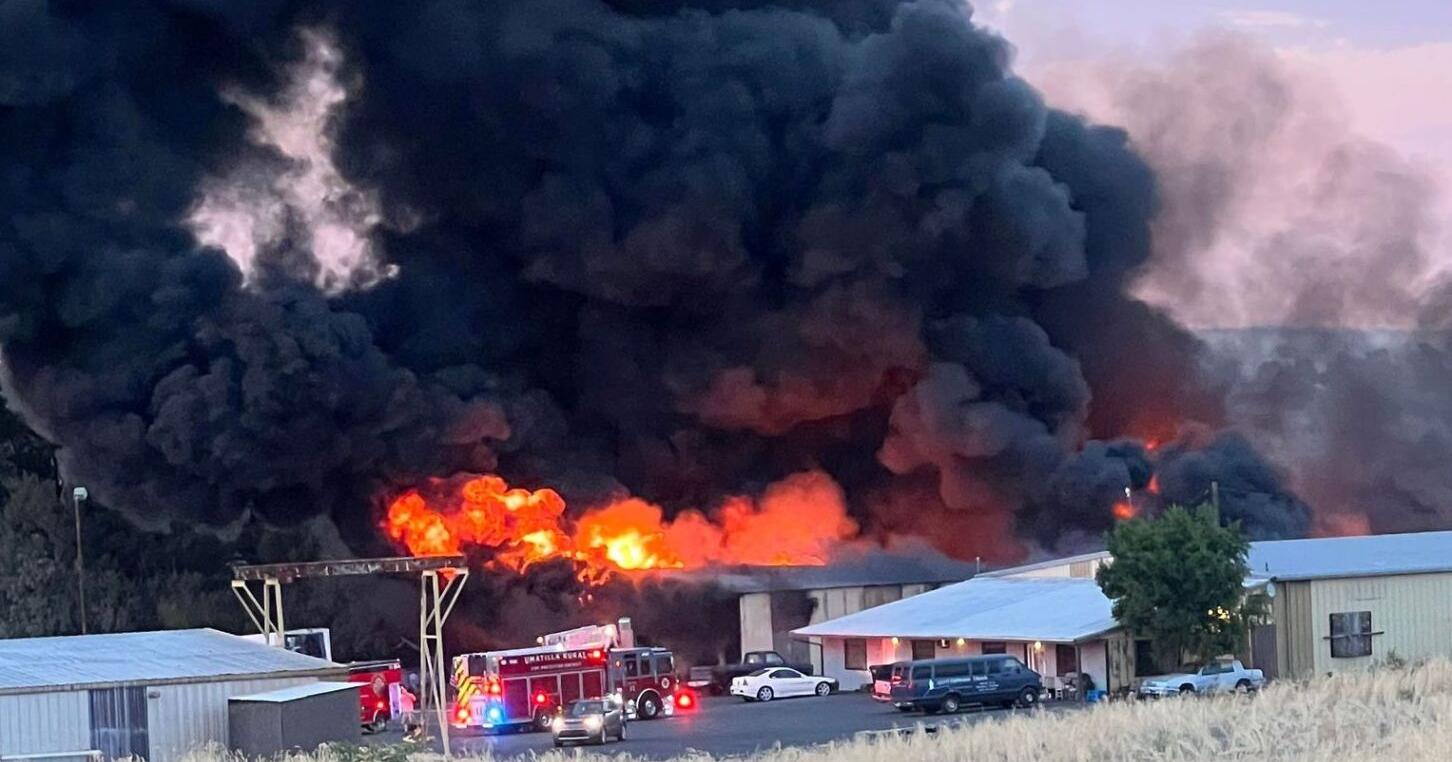 HERMISTON — A warehouse in Hermiston caught fire Tuesday evening, July 12, on the hottest day of the year so far. Crews are battling the blaze into the night.

Umatilla County Fire District No. 1 on its Facebook page reported at 8:17 p.m. it responded to a call about a recreational vehicle fire at Northeast Eighth Place. But the fire department did not find an RV ablaze.

“Upon arrival,” according to the post, “crews came across a warehouse fully involved.”

Amanda Dunham said she lives on Northeast Fourth Street behind Walmart a few blocks from the fire and came out of her place around 8:30 p.m. when she smelled smoke. Then she saw the fire.

“You could see it pretty well from my house,” she said.

The location was Wilde Electric Motor Supply, 610 N.E. Eighth Place, she said, and so she and others hopped in a pickup and headed over.

By then first responders blocked off most routes, but Dunham said they found a way to get closer to the fire.

“They were tall flames, they were really going,” she said.

And while watching the blaze, she said there were explosions coming from inside the warehouse.

Fire District No. 1 at 9:30 p.m. reported it still was working to extinguish the fire.

“If your home is near the smoke make sure to shelter inside and stay away from the area,” the fire district urged on Facebook.

This is a breaking news story, and the Hermiston Herald will update with more information as soon as possible. 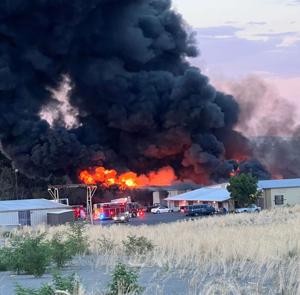