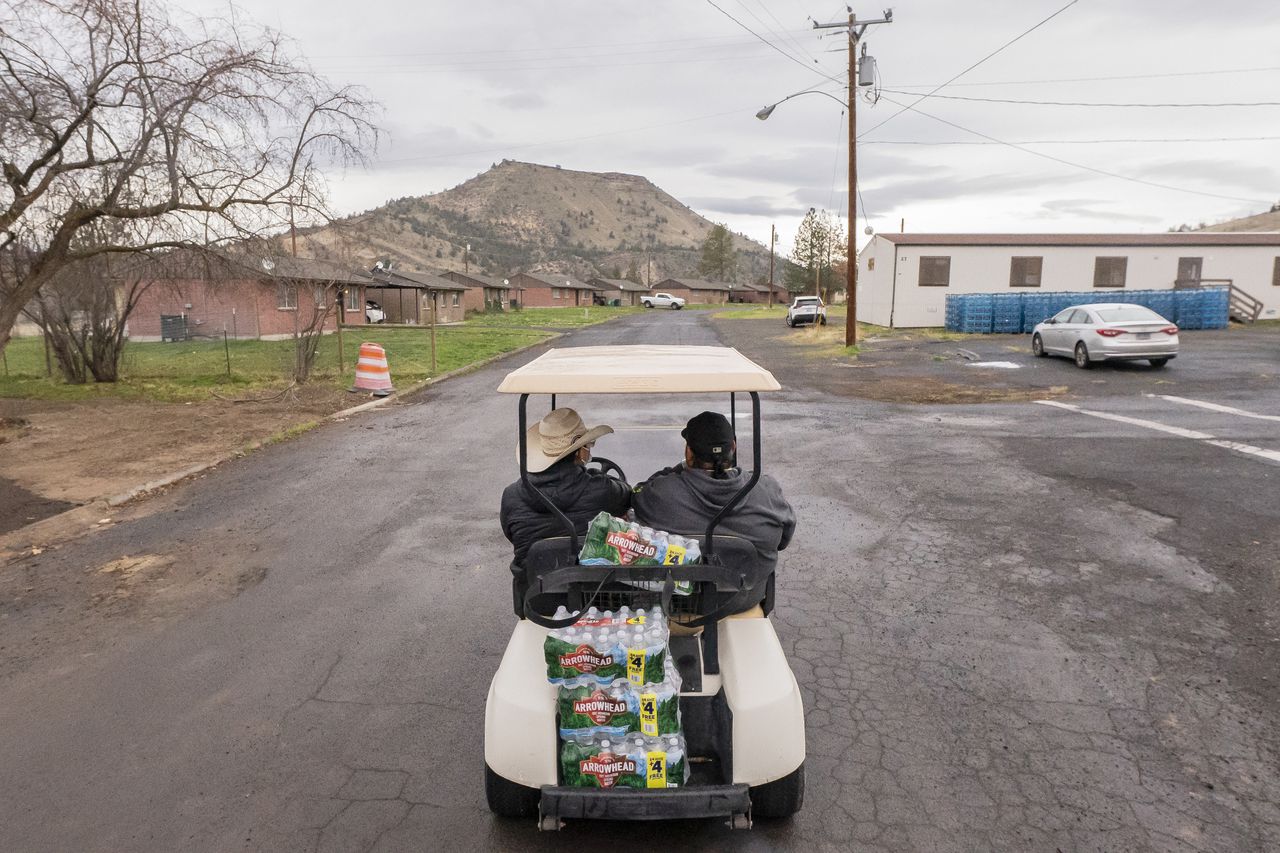 An aging network of pipes and water treatment systems on the Warm Springs Indian Reservation is one step closer to receiving a multimillion dollar package to fund badly needed repairs.

Indian Health Service, a division of the U.S. Department of Health and Human Services, announced it has approved $27 million for eight infrastructure projects on the reservation. Nearly half the funds are set aside to replace a water treatment facility.

The water treatment system and network of underground pipes that deliver water to homes, businesses and tribal offices have failed repeatedly in recent years, forcing residents to boil their drinking water before using it.

Some of the worst problems occurred in mid-2019, when a break was located in a water mainline where it crossed Shitike Creek.

Even after the pipe was repaired, the system broke down at other locations due to the fragile network of pipes and old equipment. Upon excavation, some pipes were found to be made of terracotta, their life expectancy having expired years ago.

In 2019, water system problems occurred four times in six months, and at one point, residents were forced to boil their water for more than two months, causing residents to queue for bottled water and showers. Problems returned in June 2020, but even after repairs, additional breaks occurred, affecting schools, medical facilities, homes and businesses in the community of 3,800 people.

The repair package includes $13.6 million to replace the Dry Creek Water Treatment Plant, an outdated facility that has experienced repeated pump failures, a main reason for the need to boil water.

Marshall Cohen, public affairs specialist for the Indian Health Service, said the estimated cost for a new water treatment plant is $23.9 million. The service is funding $13.6 million and the remaining $10.3 million will need to come from other funding sources. Cohen anticipates replacement of the current water treatment plant will take 36 to 48 months.

“IHS staff have been working with the tribe and other funding agencies to cooperatively coordinate funding for the project,” Cohen said in an email.

Chico Holliday, the Warm Springs water and wastewater supervisor, said costs for the treatment plant could rise to over $35 million.

“As everyone knows, as time marches forward, the costs for materials and labor and everything else goes up,” said Holliday.

The funding from the Indian Health Service also includes $2.7 million to help repair and replace broken pipes on the reservation. For the installation of water meters on Warm Springs, Indian Health Service announced designated funds amounting to $1.2 million. Holliday said the meters are needed to detect leaks.

Another $5.9 million has been allocated for rehabilitation work at the municipal landfill on the reservation.

Funding for the projects will begin to arrive within 60 days, said Cohen.

The funding meant to fix these problems is part of a five-year, $3.5 billion allocation for Indian Health Service projects. The funds come from President Joe Biden’s bipartisan infrastructure bill to tribes across the country for assistance in maintaining tribal water and sanitation systems. The bill will fund projects with $700 million annually between 2022 and 2026.

Holliday said replacing the damaged pipe at Shitike Creek will be one of the first projects to move forward, with construction expected to begin in September. Sen. Ron Wyden, D-Ore., who helped push for funding to be part of the infrastructure bill, expects that the package will “go a long way” in addressing water infrastructure issues on the reservation.

“Water is a human right, a right that has been threatened for communities like The Confederated Tribes of Warm Springs because of shameful neglect by the federal government,” Wyden said in an email to The Bulletin.

Wyden said he intends to monitor progress at Warm Springs to ensure that the tribes have the resources they need to prevent future problems related to utility infrastructure.

“We have a lot more to do; we are just getting started; we can’t just come in on a one-off and say that’s that.”

Holliday said he was grateful to Wyden and Oregon’s junior Sen. Jeff Merkley, also a Democrat, for helping to shine a spotlight on the problems at Warm Springs, which led to funding the reservation’s project. But when asked if the federal funds are enough to complete the needed projects, Holliday was realistic. 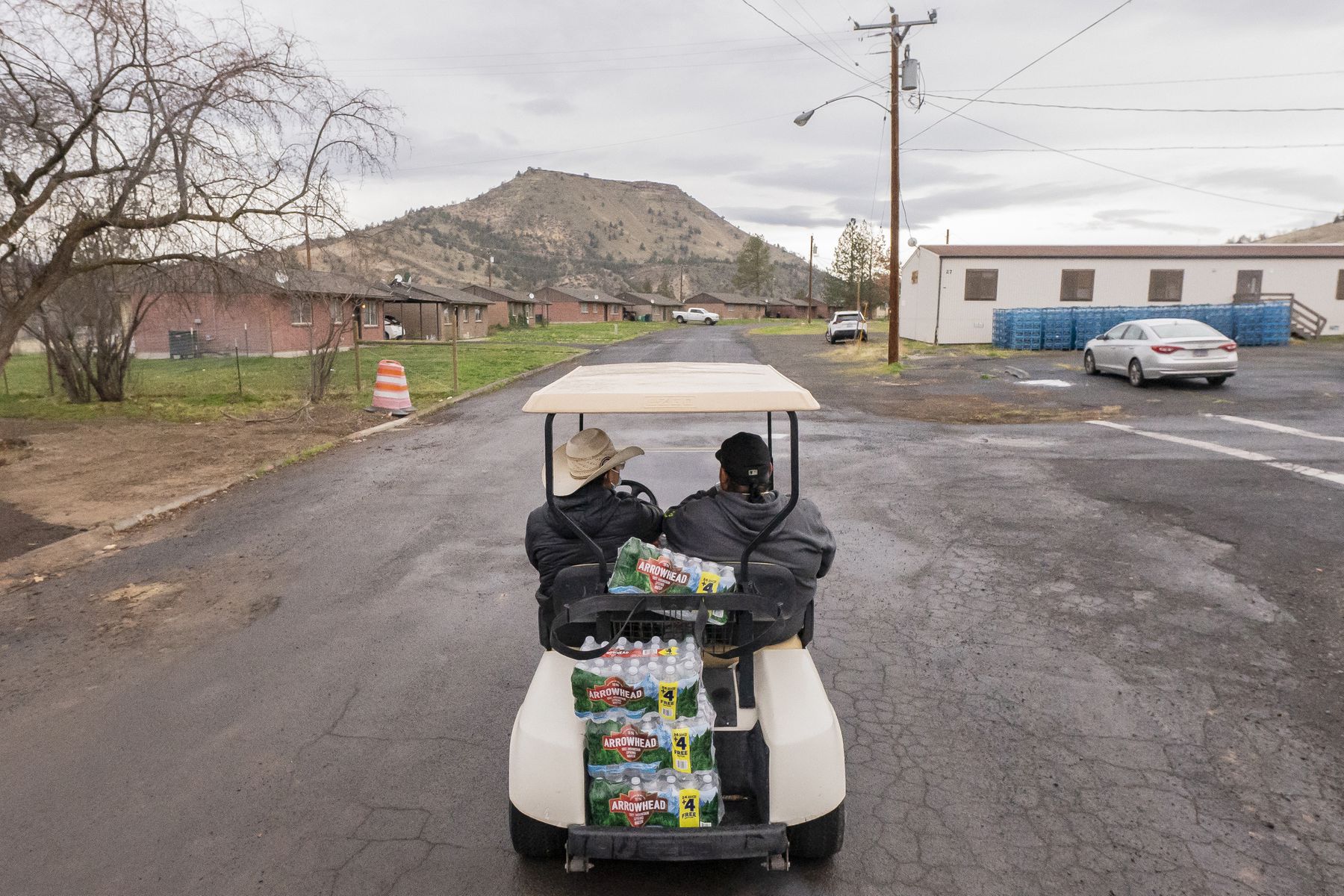