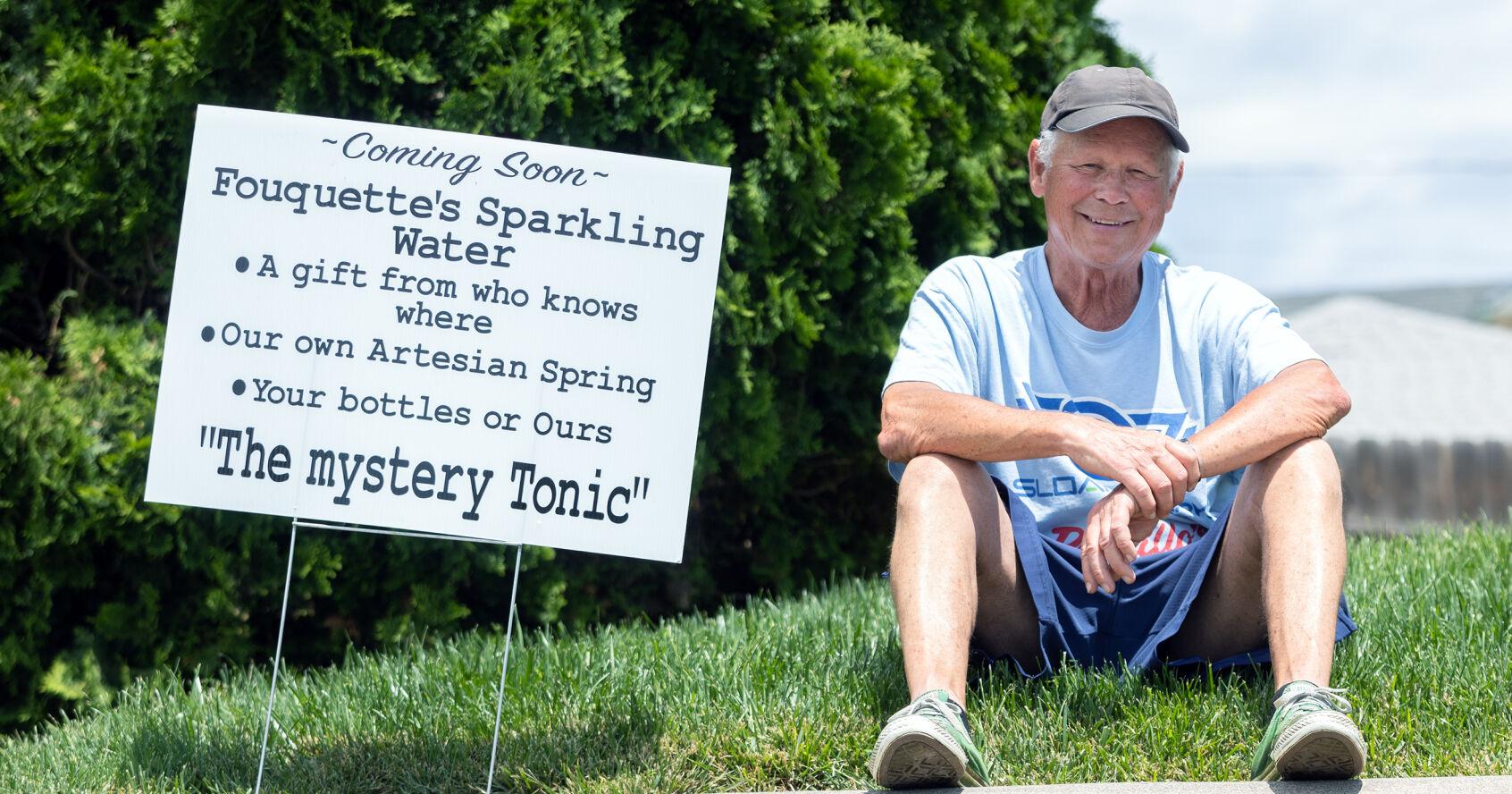 PENDLETON — The sound of flowing water can soothe the soul — or be the stuff of nightmares.

The day after renters moved out of his Pendleton North Hill rental home in early February, Dean Fouquette entered the house to see what needed to be done. He froze at the sound of running water in the basement.

Fouquette quickly clomped down the stairs to get a look. Water streamed in through seams in the bottom two steps with the same volume as a garden hose at full force. He grabbed a mop and his 5-gallon wet/dry vacuum and got busy.

Soon he drove to Zimmerman’s Hardware to buy a bigger shop vac.

“I set it up in the basement so the hose could vacuum up the water and I wouldn’t have to stand there and do it,” Fouquette said. “So every hour I would come back and empty this 12-gallon shop vac … I did that from 6 in the morning until about 8 at night, then I’d turn it off and let the water run at night.”

Each morning, he spent almost two hours sucking up 50-70 gallons of water. Finally, when the stream showed no sign of abating, he brought in a sump pump about three months after the flood started.

The water continues to flow at about the same rate, rain or shine.

Fouquette, former owner of Dean’s Athletic Dean Fouquette in downtown Pendleton, moved to 911 N.W. Despain Ave. at age 12 with his family in 1965 and eventually he bought the house from his parents. In the many years his family owned the home, only one other time did a serious water problem arise.

“Water was streaming into the house like it was coming out of a hose like it is now,” Fouquette said. “Lo and behold, it was a broken water line. That’s what I think it is. The city has tried but I think the city is unable with their equipment to find the broken water line.”

Searching for the source of all this water, he considered a two-block street project on nearby 10th Street, which is uphill. He assumed the workers had sliced into a water line.

Pendleton Public Works Director Bob Patterson said Fouquette’s case is unusual. Patterson is something of an expert on how water flows down the North Hill. He brings up a topographic map of the area onto his computer screen and moves his hand down the hill and across to mimic the underground flow of water after heavy rainfall. He circled his finger around homes on Fifth, Sixth, Seventh, Eighth and Ninth streets from Bailey Avenue as high up the hill as Furnish Avenue. Many of the homeowners use sump pumps to deal with flooding water, a problem that seems to be getting worse for at least one homeowner.

Heidi Zeigler lives on Northwest Ninth Street, a block away from Fouquette. She said her house needed one sump pump when she bought the house five years ago. Now she has three.

“Even in the summer, it doesn’t dry up,” Zeigler said. “I have a pipe running outside my house and it dumps it into my yard. Sump pumps go off every three minutes.”

“We have springs that develop when we have storm events,” Patterson said. “We’ve had a very wet winter and a very wet spring, we’re still seeing these high amounts of flow on the surface.”

Fouquette’s house, however, is not normally prone to flooding.

“Dean’s on a little knob,” Patterson said. “His case is a head-scratcher.”

City water workers, under the supervision of Patterson and Water Superintendent Sean Tarter, set out to solve the mystery. Listening devices called leak loggers helped in the search. The magnetic, 4-inch-long cylinders are placed near waterlines to listen for sound frequency that might indicate a leak. Information is transmitted wirelessly.

City water crews generally do electronic listening of the waterlines each year during the spring to detect problems that arise during the winter.

“We listened to the water system all across the North Hill,” Patterson said. “Sean also sent out crews to actually check meters and see if we had any that were spinning.”

“The devices listen in the middle of the night (during winter when there is no irrigation) when people are asleep,” Tarter said. “The system is fully charged, but kind of dormant.”

The crews did this at least twice in Fouquette’s area to no avail.

Fouquette dug up his backyard in a quest to find to elusive flow, hired experts to weigh in and had his water tested for chlorine. Nothing panned out. He still spends more time with his shop vac than with some of his closest friends, many of whom are dispensing free advice on his flooding woes.

“It’s been a team effort,” he said, grinning.

Though Fouquette is frustrated, he hasn’t lost his trademark sense of humor. After Arne Swanson, of Arne’s Sewer and Septic Services, inspected the situation, Swanson had humorous signs printed and planted them in Fouquette’s lawn. They read “Fouquette’s Sparkling Water. A gift from who knows where. Our own Artesian Spring. Your bottles or Ours. The mystery tonic.”

When I came home from playing golf one day, there were these signs,” Fouquette said. “I laughed when I saw it. Neighbors got a pretty good chuckle too.”

Patterson said he understands Fouquette’s frustration and belief that a city waterline is involved, but has no evidence of that being the case.

“Dean said he was getting about 200 gallons a day at the house — 1-2 cups a minute. We would be able to detect that kind of leak in our water main by listening with our devices. We would have a crack or a break or a slit or a loose fitting or something where water would be spraying and making that hissing sound. We did not unfortunately find anything. We’re still waiting for things to dry out so we can circle back.”

When a resident calls with water issue, he said, “we try and remedy the problem. We don’t let anything go.”

Fouquette said water continues to flow into his home at the same rate, no matter the weather.

“The city’s been cordial. Those guys have tried, I know they’ve tried,” he said. “I just wonder if there’s some other better equipment that could find it.” 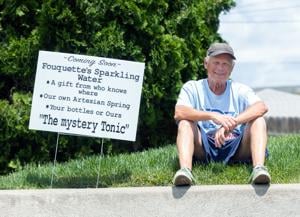