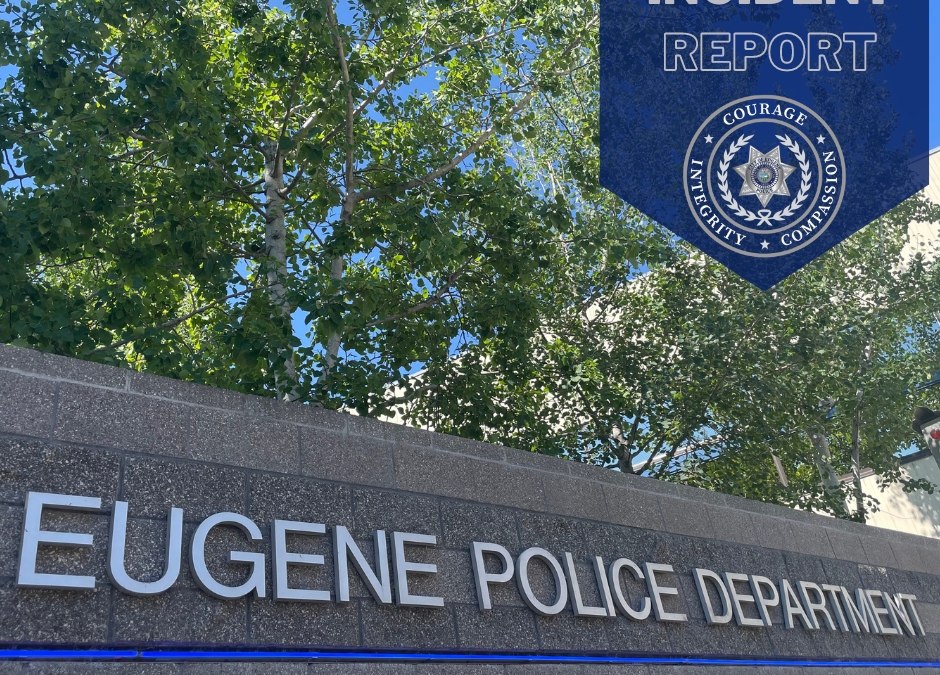 This morning, December 5, a Eugene Police officer was dispatched to a report of a woman who had been attacked by an unknown man while walking with her dog on the sidewalk on W. 18th Avenue. He contacted her at a local hospital where she was receiving treatment for non-life threatening injuries.

The victim reported she was walking her husky around 6:15 this morning, and was on a W. 18th Avenue sidewalk, near  the bus stop, west of Brittany Street when a man grabbed her face from behind and covered her mouth. She was thankfully able to fight his hands from off her face, but he then punched her in the face and she fell to the ground and was struck in the back. The dog, in defense of its owner, bit the suspect, possibly on the leg, and the suspect left eastbound.

The suspect is described as a light-skinned man, possibly in his 30s, and last seen wearing a dark grey or black hoody, dark blue jeans, a black mask over his nose and mouth, and light grey gloves. He smelled like a campfire and was wearing hiking boots with one boot torn near the toe, leaving some sock showing.