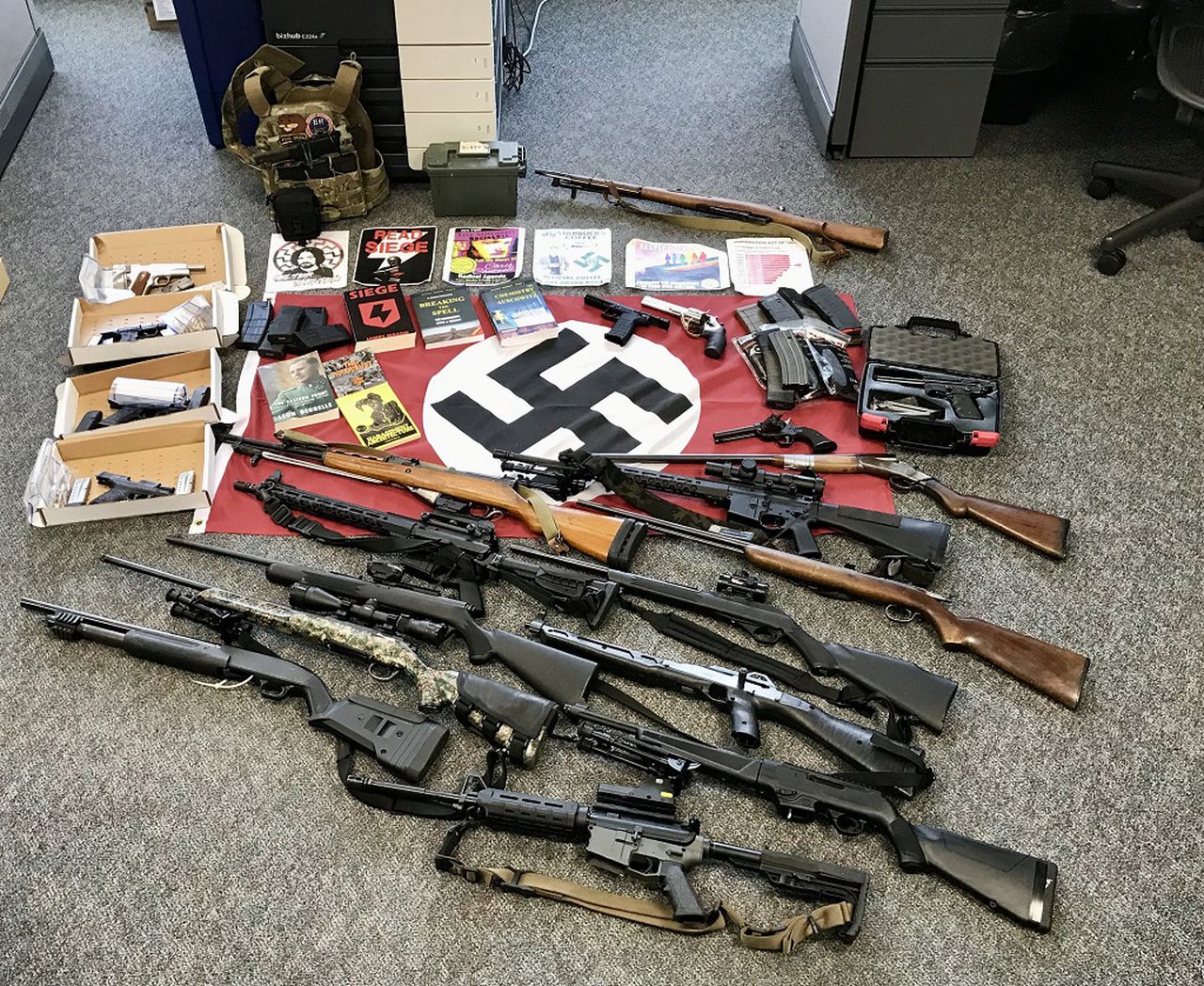 A 35-year-old West Linn man was arraigned Friday in Multnomah County District Court on a bias crime charge after he allegedly placed a white-supremacist, neo-Nazi sticker outside of an immigrant community center in east Portland in April, officials said.

Rockhill allegedly placed the sticker on a fence outside of the Immigrant & Refugee Community Organization on April 23. The red sticker depicted a male figure holding up its right arm in a “Heil Hitler” pose, with the word “pure” written above the figure’s head, police said.

The Portland Police Bureau used video surveillance footage to identify Rockhill. It showed him driving up to the community organization’s headquarters on Northeast Glisan Street and placing the sticker there at 5 a.m.

Officers arrested Rockhill during a traffic stop Wednesday in Clackamas County. Police searched Rockhill’s home and car with warrants and found a cache of firearms and neo-Nazi materials, including a large red flag featuring a swastika, officials said.

A photo of Rockhill’s belongings shared by Portland police appears to show about a dozen rifles, six handguns, a camouflage-print bulletproof vest and the swastika flag.

Rockhill’s criminal record began when he was 15 years old. He was convicted in 2010 of being a felon in possession of a weapon, court records show.

According to court records, Rockhill is single and has lived with his mother for the last 20 years. 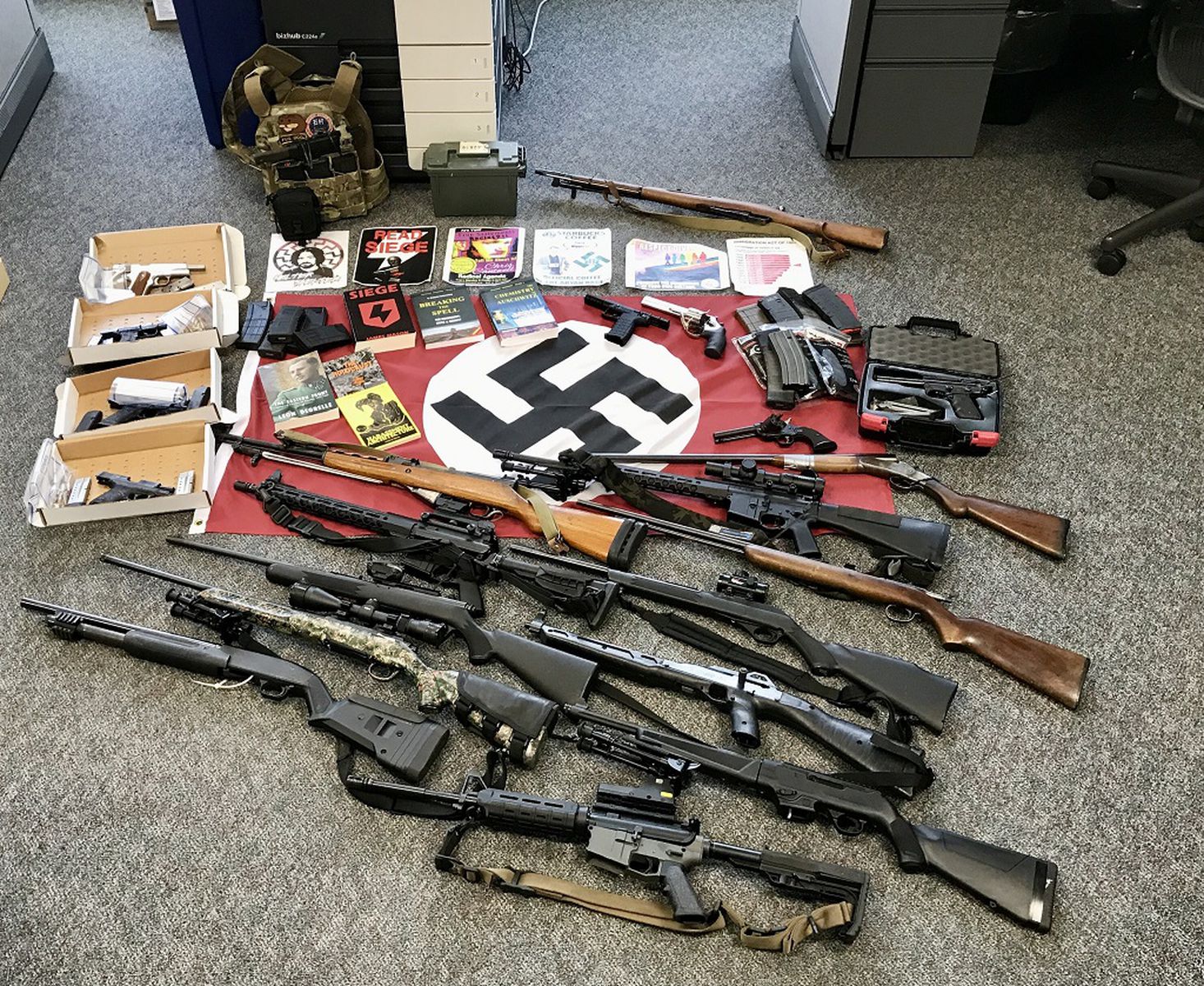